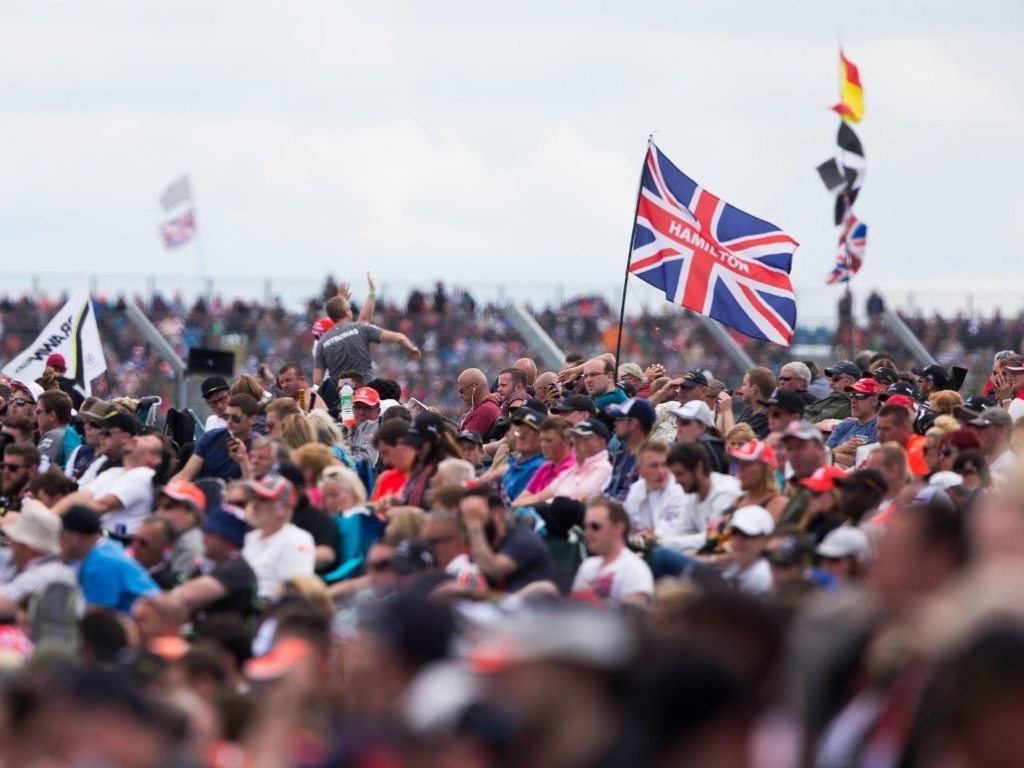 For all you need to know about the big news, the track, the tyres, the stats and standings ahead of the British Grand Prix…

To Team Order, Or Not To Team Order…
That is the question Mercedes have to answer between now and Sunday afternoon.

Last time out in Austria, Lewis Hamilton and Nico Rosberg earned the wrath of their team bosses when they collided on the final lap of the grand prix while fighting for the win.

Hamilton crossed the line in first place while Rosberg fell to fourth as he limped home with a broken front wing.

Mercedes have threatened to impose team orders, something that Toto Wolff has been loath to do.

However, with their drivers’ antics costing them points and, at the end of the day potentially money, the motorsport boss says team orders may have to be the consequences.

Fans all around the world are hoping he gives his drivers one more chance.

A Lap Of Silverstone With Romain Grosjean
“You start off on the new main pit straight before taking the first turn flat out. Then you come into two hairpins. The first one is more open than the second one, and the second you really want to go for as early as you can.

“Then you go through the old last couple of corners –very tricky braking here – before going along the old pit straight. It’s very tricky here on power, as well.

“Then you get to the very high-speed section. It’s a great sensation in the car here. You stay flat out as much as you can into Maggotts and Becketts, and then downshifting every corner a gear, and then you’re onto the Hanger Straight to Stowe corner.

“This is another tricky one where you enter very quickly. You want to go on the power as quick as you can, but the corner is closing down more than you think.

“Then you go to the last chicane – heavy braking and it’s very bumpy. Then you’ve got your final throttle application with a lot of g-force on the right-hand side and you cross the finish line.”

The Important Times
The 71st edition of the British Grand Prix is scheduled to run between 1pm and 3pm on Sunday afternoon; great news for Wimbledon fans hoping to see a possibly Andy Murray victory.

Five Iconic British Wins At Home
Being the oldest race on the F1 calendar, the British Grand Prix is steeped in history and dripping with nostalgia. As Lewis Hamilton bids for a fourth career success in the UK,  it’s time to take a look at some of the best British winners of one of the crown jewels in the F1 calendar.

It Is A Hard Race
Although Pirelli are taking their hard tyres to Silverstone this weekend, the drivers have done everything but embrace the idea.

Mercedes, Williams, Renault, Sauber, McLaren and Manor have all chosen just one set of the hard tyres while Force India have the most sets with three.

Instead it is all about the mediums and softs with Ferrari stocking up on the latter, taking eight sets of softs, three mediums and two hards.

Sauber, though, have gone with nine softs, three mediums and one set of hard Pirellis.

Facts & Figures
The British Grand Prix has been a good race for the local drivers with Jim Clark leading the running on five British wins, a stat that Alain Prost matched.

Nigel Mansell comes in with four ahead of Lewis Hamilton on three.

The only Brit on today’s grid to his won his home race, Hamilton will arrive for Sunday’s race as the defending champ and one that is seeking his third home win on the trot.

Last season he won the grand prix by 10.9s ahead of Nico Rosberg, the previous year by 30.1s over Valtteri Bottas while in 2008, his first British win, he was a massive 68.5s in front of Nick Heidfeld as he took the chequered flag. That season Hamilton lapped all but the podium finishers!

The Numbers That Matter
Lewis Hamilton’s Austrian Grand Prix win, his third victory of this season, has seen him close the gap to Nico Rosberg to just 11 points.

On the other end of the log, Pascal Wehrlein sits on one point having broken his and Manor’s duck.

Betting
It’s the British Grand Prix this weekend, and we’ve teamed up with Betsafe again to write another betting and all round race preview for your pleasure.