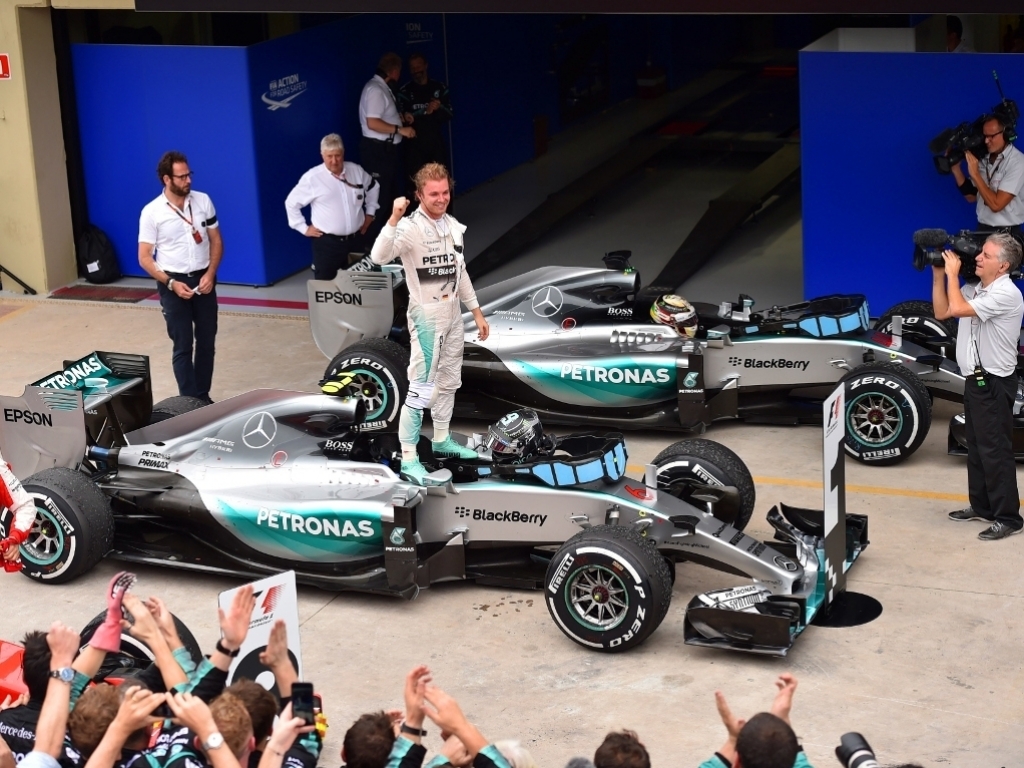 Delivering Under Pressure
Since Lewis Hamilton was crowned champion in Austin on October 25, Nico Rosberg has shown supreme form by winning in Mexico and Brazil.

These results may be used as evidence that the German lacks the edge that separates champions from good drivers, and good drivers from decent ones.

What use are race victories after the championship is conceded?

Moreover, ever since the FIA tightened regulations around tyre-pressure parameters in September, Hamilton has failed qualify on pole position. Rosberg, in comparison, has notched up five consecutive poles.

If he is to challenge Hamilton in 2016, Rosberg will need to take this edge into the new campaign.

But to beat Hamilton over an entire season he will need to convert more than 40 per cent of these poles into victories, as he has done since September.

A Point to Prove a Point
In a Brazilian Grand Prix generally bereft of action, Max Verstappen contributed more than most to create excitement, often using turn 1 to catapult past his rivals.

The Toro Rosso star’s lap 33 move on Sergio Perez – one of the in-form drivers in F1 at the moment – will live long in the memory. Perez jinked left to claim the inside line, but Verstappen was uncowed and created space that did not seem to exist to squeeze through.

Verstappen also battled with Felipe Nasr, the Brazilian rookie who, in any other season, may have grabbed more attention for his speed and maturity.

Although Verstappen has finished fourth twice in his career, the 10th in Brazil again underscored his status as the finest young talent in the sport.

Many have said he is a star of the future. This is wrong. He is already a star.

A Race to Forget for the Locals
Felipe Massa struggled to a poor eighth at his home race while Nasr’s strategy meant that he finished fourteenth, well out of the points.

So there was no repeat for Massa of the 2014 podium at Interlagos, and it was the Williams driver who was also the last Brazilian to win at home way back in 2008 – when he was racing for Ferrari.

The top step of the podium, therefore, seems to be a long way off for Brazilians. Although Nasr has impressed in his first season in F1, without a drive with a leading team Massa’s 2008 victory is likely to stand as the last by a Brazilian for many seasons to come.

In addition, there has been no new race winner in 2015 as Hamilton, Rosberg and Sebastian Vettel have hoarded the wins for themselves.

Mind the Gap
Only Vettel and his Ferrari team-mate Kimi Raikkonen finished on the same lap as the Mercedes duo.

Bottas’s race was stunted by a penalty while his Williams stablemate Massa struggled in qualifying.

With just one race to go in 2015, most manufacturers will be looking ahead to next season. But there is so far little evidence to suggest that Williams and others are capable of taking the leap forward that Ferrari made this year.

What About the Midfield?
Fernando Alonso tends to be the most outspoken of the McLaren-Honda drivers. But Jenson Button berated his race engineer for talking to him on the radio while in the braking zone.

McLaren’s travails, as shown by Button’s frustration, have allowed other teams to claim the lower points scoring positions throughout 2015.

An improved McLaren together with Haas’s arrival and Manor’s switch to Mercedes is going to reshape the grid. Today’s midfielders could easily be tomorrow’s backmarkers.