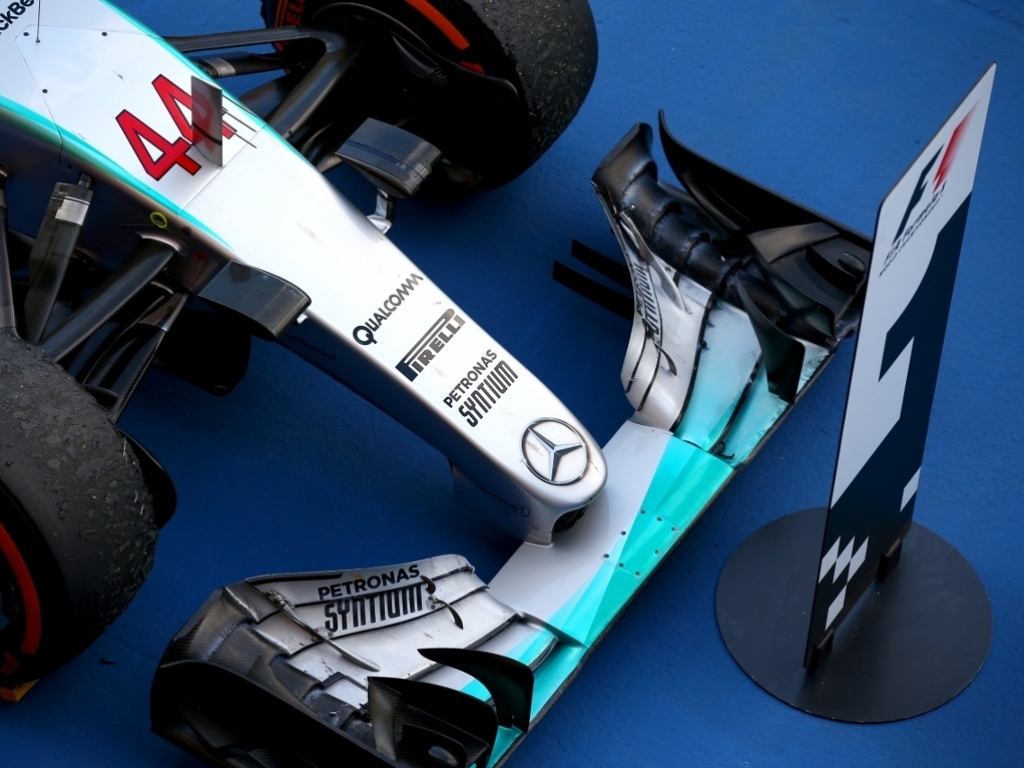 Order restored, Nico runs the risk of being remembered as Lewis’ Gerhard Berger and more in our Conclusions From Japan.

After Mercedes’ aberration at Singapore, this was the finishing order at Suzuka, a classic track that failed to deliver a classic race on Sunday.

What the grand prix failed to offer in sustained excitement, it offered in insight into the competitive architecture of F1 in 2015 as P1: Hamilton, P2: Rosberg, P3: Vettel, P4: Raikkonen, P5: Bottas also happens to reflect the Championship standings with five races to go.

Lewis Hamilton is still better than Nico Rosberg in close combat, Sebastian Vettel is still nipping away at Mercedes while further damaging Kimi Raikkonen’s reputation, and Valtteri Bottas remains on the fringes of the elite.

In the title race it is only Rosberg and Vettel who have a mathematical chance of catching the defending champ, though Ferrari – and Vettel by extension – will be more focused on producing a faster car in 2016.

Nonetheless, even a two-horse race seems unlikely. Rosberg, 48 points adrift of Hamilton, must hope that his team-mate picks up two DNFs in the remaining five races, an unlikely occurrence given that Hamilton has finished and scored points in 21 of his last 23 starts.

41: The Magic Number
It took him one more race than his idol, but Hamilton equalled Ayrton Senna’s record of 41 victories by crossing the line in first position in Japan.

“For me to win here at a race where I loved watching Ayrton drive and to match his wins, it doesn’t feel real at the moment,” he said.
The race was won through turns 1 and 2 on the opening lap when Hamilton claimed the inside line, which gave him the upperhand over Rosberg who had to drift to the outside.

Rosberg admitted that “it got really close at Turn 2” but unlike in the Senna-Prost era, there was no clash between team-mates at Suzuka (this did happen, of course, in Belgium in 2014).

Which raises the question of Rosberg’s legacy in the sport: without a title he will never be considered to Hamilton what Alain Prost was to Senna. Indeed, he currently runs the risk of being remembered as Hamilton’s Gerhard Berger.

That Roar Is Not From McLaren’s Honda Power Unit
Berger, as older F1 fans might recall, spent three years as Senna’s team-mate at McLaren-Honda in the early 1990s.

It is well documented that the 2015 reunion between the Japanese engine (ahem, power-unit maker) and the Woking constructor has not worked out according to plan. However, the disappointment and acrimony reached new levels at Honda’s home race as Fernando Alonso decried McLaren’s performance as “embarrassing”.

Although Alonso’s frustration may seem churlish to some, the idiom “a poor workman blames his tools” cannot be applied to the two-time Champion who for years fought near the front in Ferrari equipment inferior to both Red Bull and McLaren.

So what next for Alonso? If he were in Hollywood the tabloids would be writing about him as an A-list star whose reputation is on the line because he continuously chooses B-list scripts.

Back in 2013 Raikkonen comfortably beat his Lotus team-mate Romain Grosjean’s tally. Rated by many insiders as one of the fastest men on the grid, Grosjean accumulated 132 points to the Finn’s 183.

Back to 2015: It is no coincidence that Grosjean pops up in ninth in the standings – behind the two Mercs, the two Ferraris, the two Williams, and the two Red Bulls – and well ahead of his incident-prone stable-mate.

Seventh place in Japan was a fine return for the generally luckless Grosjean. And so all eyes will be on Haas on Tuesday as they confirm their plans for 2016.

The technical partnership between Ferrari and Haas is well documented, and equally well documented is how a drive with the American team may be a conduit to a Ferrari seat in the future.

Grosjean will be hoping, no doubt, that his strategy in the drivers’ market is better than Alonso’s.

Drive of the Day
Nico Hulkenberg has had a testing year. Team-mate Sergio Perez has challenged him throughout the campaign and more recently he suffered the ignominy of a grid penalty because of his clash with Felipe Massa in Singapore.

While Hamilton was magnificent and Vettel and Grosjean both put in strong performances, a resurgent Hulkenberg drove beautifully to claim sixth place after starting in 13th.