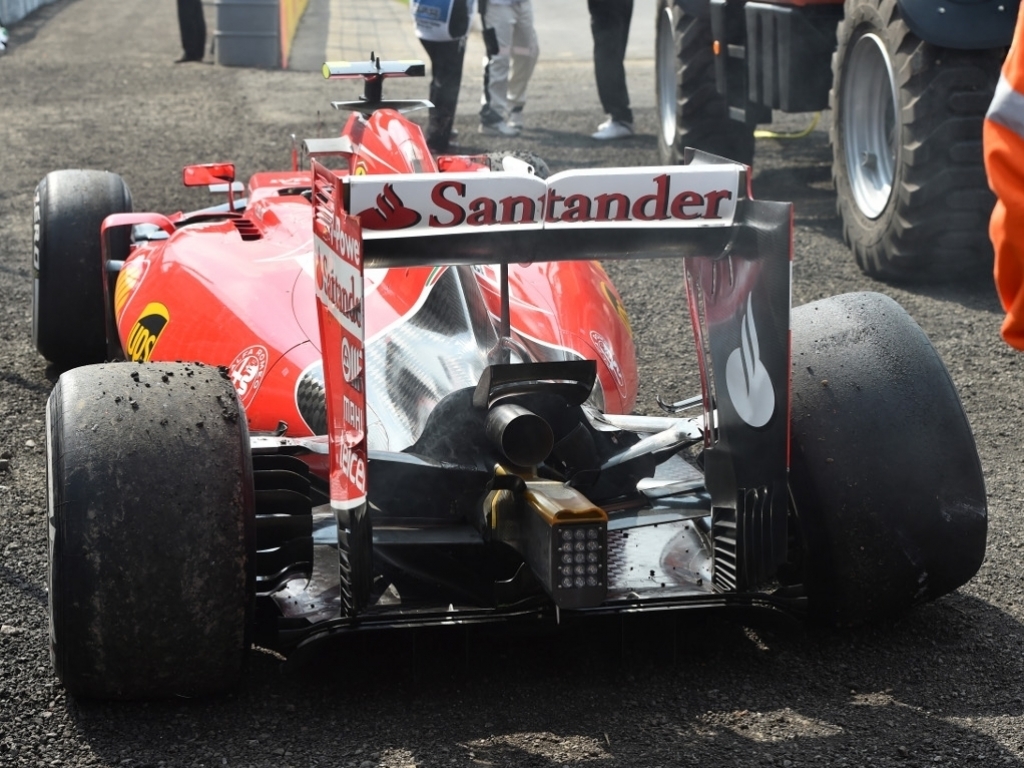 The trust deficit at Mercedes, makings of a fascinating rivalry between Kimi and Bottas and more in PF1’s Conclusions From Mexico.

Dizzy With Nostalgia…And A Lack Of Oxygen
Hometown hero Sergio Perez only managed to finish eighth on an alternative one-stop strategy and the race was far from a classic, but the large crowd and impressive racetrack architecture made for a fine event as Mexico made its return to the F1 cal.

The circuit, sitting at more than 2,000 metres above sea level, facilitates high speeds – in excess of 360kph – which is the kind of statistic that will delight speed freaks and F1 fans alike.

The lack of grip, meanwhile, created serious challenges for the drivers, who are often criticised for having an easy time of it in the PlayStation era of driving.

A Trust Deficit
Although Mercedes have dominated over the past two seasons, a third year of success depends as much on the intra-team balance as it does on the step taken by Ferrari and Williams.

The contact between Nico Rosberg and Lewis Hamilton at Spa in 2014 casts a long shadow, as does the strategic error in Monaco this year.

More recently, rivals will have noted Hamilton’s response to the pitwall call for him to pit in Mexico.

Hamilton was reluctant to pit on lap 47, saying: “I think it’s the wrong call.”

Mercedes can afford internal politicking because their car is the class of the field, but as Red Bull and before them Ferrari and Williams can all attest, no one dominates forever.

Obsessed with beating each other, Hamilton and Rosberg should be wary of the dangers lurking on the second and third rows of the grid in 2016.

Winter Is Coming
Sebastian Vettel’s error-strewn race will do nothing to erode his excellent debut season with Ferrari.

Although the four-time Champion struggled in Mexico, he has finished 70 percent of his races with the Scuderia and won three times, which compares favourably with the 50 percent podium-to-start ratio achieved by a certain Michael Schumacher in his first season with the Italian manufacturer.

While historical comparisons are always controversial, this statistic does highlight Vettel’s consistency in 2015 – and lest we forget how far Ferrari lagged behind in 2014.

A Deficit Of A Different Sort
Jenson Button described his 14th-place finish in Mexico as “painful” and bemoaned the 20-45kph speed differential that the McLaren-Honda faced to other cars in a straightline.

The Honda power unit struggled more than others in the high-altitude of Mexico City, but the Red Bulls suffered similarly as their underpowered Renault units were bullied by the Merc-powered Williams of Valtteri Bottas.

Red Bull are still keen to switch to Honda power (a move currently being blocked by McLaren) after their very public divorce with Renault, although at present Christian Horner must be wondering whether it’s worth swapping a donkey for a mule.

Compatriots Clash Again
Pound-for-pound, few nations can compete with Finland’s production line of racing talent in F1 and in other series.

Keke Rosberg, Mika Hakkinen, and Kimi Raikkonen have all won F1 titles while the likes of Heikki Kovalainen and Valtteri Bottas have often found themselves fighting near the front.

Bottas underscored his potential by finishing best of the rest behind the Mercedes duo in Mexico, but only after he survived a collision with Raikkonen through Turns 4-5.

The clash in Mexico was the second between the Finns in three races and on this occasion neither driver was willing to leave an inch.

“I had to turn in at some point – I cannot just go straight,” said the Ferrari man, who retired after the incident with a broken rear suspension.

“Of course, I’m not going to back off,” said Bottas.

The incidents in Russia and Mexico have the makings of a fascinating rivalry as a former champ’s career winds down and the Finnish champ-in-waiting tries to step up.