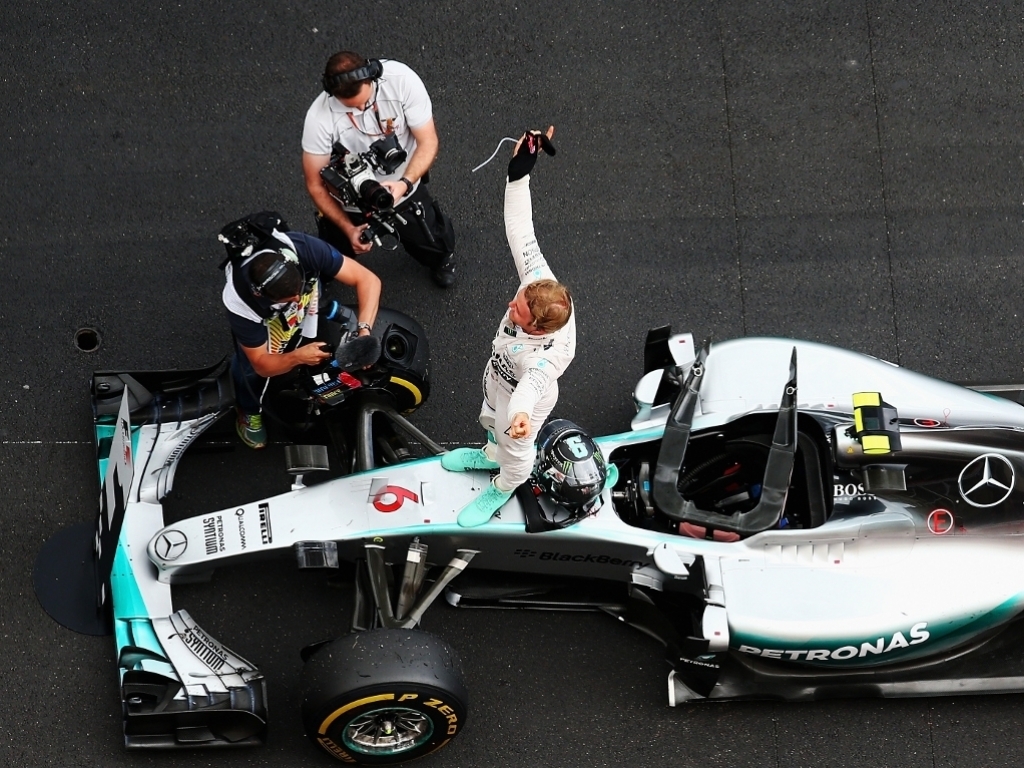 For all you need to know about the big battles, the track, the tyres, the stats and standings ahead of the Monaco Grand Prix…

Battling Team-Mates & First Time Winners
Formula 1 heads to the Principality with some tasty stories in the mix after Nico Rosberg and Lewis Hamilton clashed in Spain, paving the way for Max Verstappen’s first grand prix victory.

Whether it was Rosberg’s fault or Hamilton was to blame, their first lap antics at the Spanish GP ended in a double DNF for Mercedes.

It is not the first time that the team-mates had clashed and it likely won’t be the last. Throw in the fact that last time F1 raced in Monaco, Rosberg took the victory after Mercedes pitted Hamilton, who had been leading, late in the race and F1 has all the ingredients needed for a testy battle between the team-mates.

That, though, won’t be the only pairing determined to get one over on the other as Red Bull also have issues to resolve.

While Verstappen made history in Spain as he became F1’s youngest grand prix winner, his team-mate Daniel Ricciardo was “bitter” after losing out when he was put on what proved to be the wrong strategy.

Ricciardo will be keen to show he has the measure of his teenage team-mate while Verstappen, well, he doesn’t seem to feel threatened by anyone.

A Lap Of The Monaco Street Circuit With Romain Grosjean
“So you start on the straight, where it’s very bumpy hitting the brakes into turn one at Sainte Devote. It’s easy to make a mistake here, but then you need to make a good exit for the run up to Casino Corner.

“Up the hill, blind corner, braking just after the bump, fourth gear, and then third gear for the next one. Going down then you want to avoid the Bus Stop, which is bumpy, then you head to Turn Five. There’s always a bit of front-locking, the front inside wheel is in the air.

“Then the hairpin is a very slow-speed corner. You turn the steering wheel with one hand. After that it’s the two Portier corners. The second one is important because it brings you to the tunnel, which is a straight line on the track.

“The tunnel is flat out before you have to brake big for the chicane, where there’s another bump. Then you have Tabac, which is quite a high-speed corner, followed by the Swimming Pool complex, also very high speed.

“The braking for La Rascasse is tricky, again easy to front-lock. Then there’s a tricky exit for the last corner – it’s not so easy as it’s up a small crest. When you then go down, you can get wheel-spin, and then you’re back on the start-finish straight.”

The Weekend’s Timetable
From royal lunches to market day to public holidays to packed race schedules, there are several myths behind Monaco’s Thursday practice for the Formula 1 cars.

Historically the grand prix took place in the week of Ascension Day meaning the Thursday was a public holiday and it therefore made more sense to run on that day than on the Friday.

The tradition continues with FP1 and FP2 taking place this Thursday. Saturday’s qualifying is at 2pm local time as is Sunday’s 78-lap grand prix.

Meet Pirelli’s Ultra Soft Tyres
Pirelli’s new ultra-soft tyres will be in action for the first time at the Monaco Grand Prix, covering the laps along with the soft and super-softs.

Mercedes and Red Bull have opted to load up on the new-for-2016 rubber, taking 10 sets of the ultra-softs for both their drivers, a move mimicked by Renault’s Kevin Magnussen.

As for Ferrari, Sebastian Vettel and Kimi Raikkonen will both have nine sets of the ultra-softs. Their other four compounds are split between the softs and super-softs.

On the other end of the grid, Manor have chosen just six sets of the purple-marked ultra-softs, five sets of super-softs and two softs.

Facts & Figures
Nico Rosberg is not only the defending Monaco GP winner, he’s the thrice defending winner having won in 2013, 2014 and again in 2015. Hamilton has only triumphed at the prestigious race once, 2008.

Sebastian Vettel, Jenson Button and Kimi Raikkonen also have one Monaco win to their tally while Fernando Alonso is a double winner, 2006 and 2007.

All six drivers are a long way from matching Ayrton Senna’s tally of six Monte Carlo wins. He holds that record ahead of Graham Hill and Michael Schumacher, who won five apiece.

In the last decade Mark Webber won the closest contested Monaco GP – at least on paper – as he beat Vettel by 0.448s in 2010.

That race, though, ended with the Safety Car entering the pit lane at the end of the final lap and the drivers crossing the line in formation – all expect for Schumacher who made a late pass on Alonso.

The top 11 up to Jaime Alguersuari were separated by less than 10 seconds.

Despite his DNF, the German still holds a healthy lead in the Drivers’ Championship as he is 39 points ahead of his nearest rival, Kimi Raikkonen.

Hamilton has slipped to third and Max Verstappen’s Spanish win and 25 points have boosted him to sixth.

Betting
The Monaco GP is almost here, so why not check out our article written for Betsafe profiling the betting predictions.