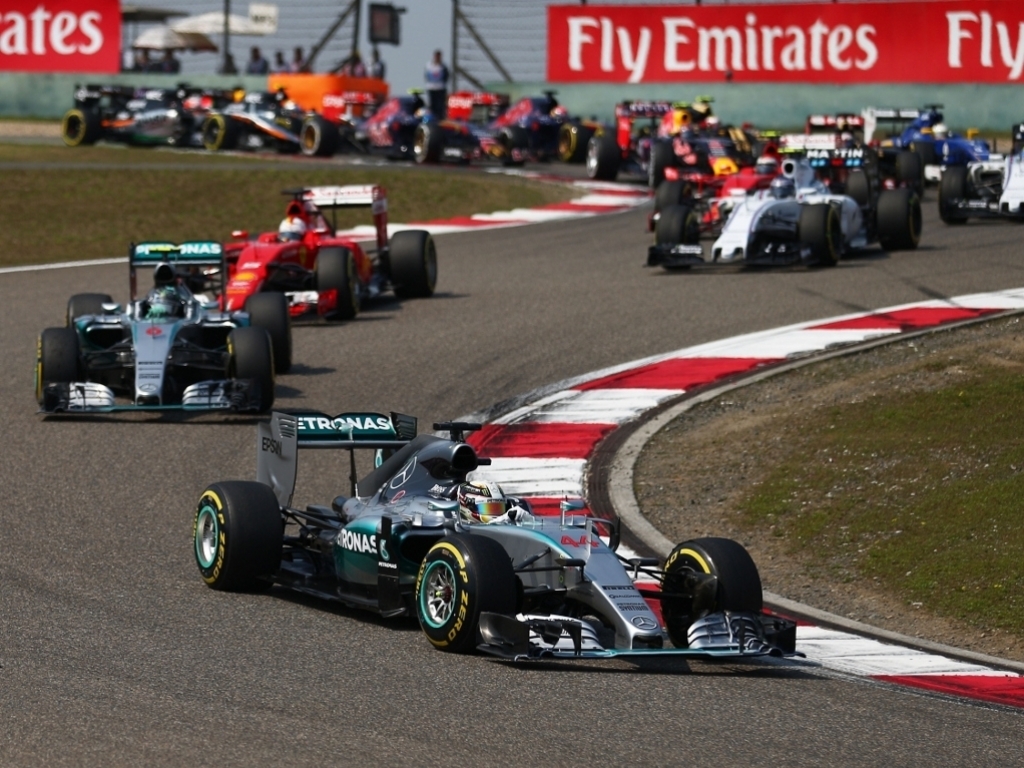 For all you need to know about tyres, weather, timetable and the big big news ahead of the Chinese Grand Prix.

2015 Qualifying Is Back
After two dismal race weekends where fans had to put up with the elimination qualifying format, Formula 1 will revert to the 2015 system for the Chinese Grand Prix; three segments with the slowest drivers dropping out after each.

No confusion, no empty track, no pole position decided with four minutes remaining in Q3.

And bring on the shoot-out!

PlanetF1’s Guide To The ‘Shang’
One of Hermann Tilke’s growing collection of Formula 1 tracks, the Shanghai International Circuit was inspired by the Chinese character ‘shang’.

It is 5.451km long, conspires 16 corners and two DRS zones – along the pit straight and also the longest straight – and sees the pole position man line up on the left side of the grid.

The Weekend’s Timetable
The two big sessions to note, qualifying and the race, are at 3pm and 2pm on Saturday and Sunday respectively. That makes it 7am and 6am GMT.

Medium, Soft, Super-Soft
Aside from Romain Grosjean’s eye-popping aggressive tyre choice, matched by the Williams of Felipe Massa, there is also a mix of compounds at the top.

Championship leader Nico Rosberg has opted for three mediums and five softs, while his team-mate Lewis Hamilton has gone four and four. Both have five super-soft sets available.

Ferrari have opted for a different route, taking more of the supers as Sebastian Vettel and Kimi Raikkonen look to negate Mercedes’ pace advantage any way they can. They have gone with six supers, four softs and three mediums.

Biggest To Smallest
Last year Lewis Hamilton beat Nico Rosberg by 0.714s, the previous smallest winning margin was at the inaugural Chinese GP in 2004 when Rubens Barrichello won by 1.035 ahead of Jenson Button.

As for the biggest winning margin, that goes to Rosberg who finished 20.626s ahead of Button in 2012.

Hamilton holds the record for the most Chinese GP wins, four, while Fernando Alonso has two to his name.

Of the current grid Rosberg, Button, Sebastian Vettel and Kimi Raikkonen can also count themselves as Chinese GP winners.

Weather Forecast
Warm but cloudy is the forecast for this weekend’s Chinese Grand Prix. Friday’s high is forecast at 27 while for Saturday and Sunday that drops to 23’C.

Giving his assessment on how the temperatures will affect the state of play, Pirelli motorsport director Paul Hembery said: “Shanghai is also likely to be quite a cool race, although the nature of the place means that anything is possible, so teams will have to keep an open mind on strategy and carefully correlate the data captured in practice to the eventual race conditions.”

Betting
Make sure you give our Chinese GP betting preview written for Betsafe a read to enhance your chances of winning big.