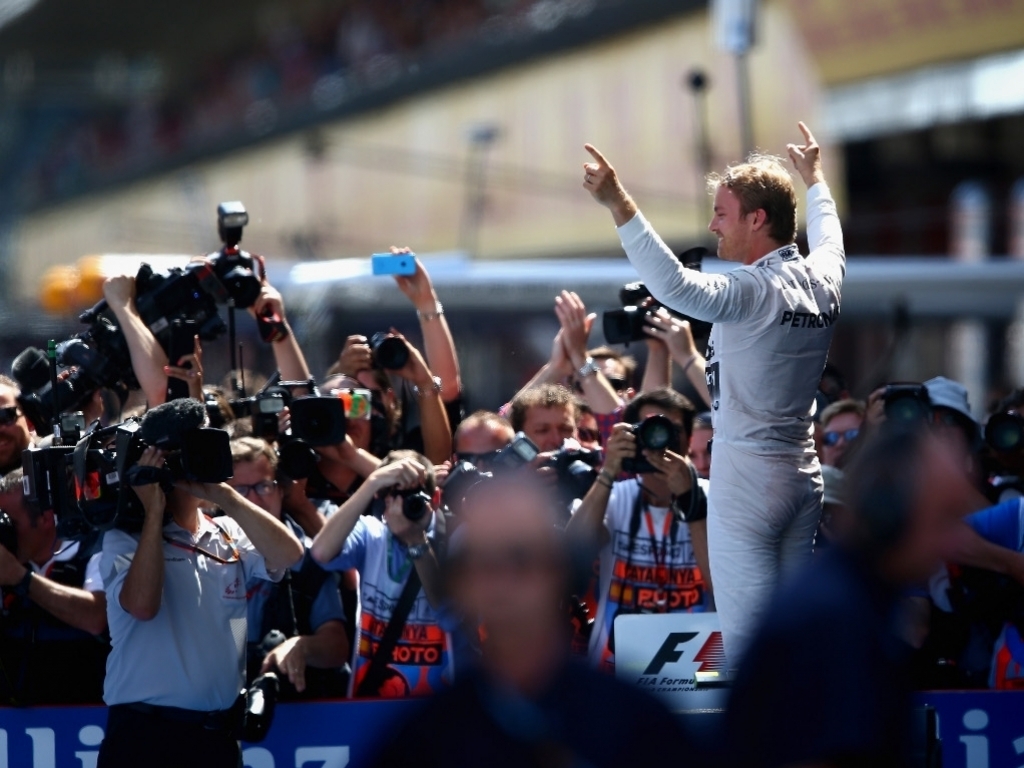 For all you need to know about the big news, the track, the tyres, the stats and weather ahead of the Spanish Grand Prix…

The Weekend’s Big, Big News
Daniil Kvyat is out and Max Verstappen is in!

In the wake of Kvyat’s wretched Russian GP, in which he committed the cardinal sin of hurting his team-mate’s race, the 22-year-old has been demoted to Toro Rosso. Bad news for Kvyat, great news for Verstappen who has taken a step in the other direction and will race the RB12 in Spain.

Red Bull insist it is not a demotion for Kvyat but rather an opportunity for him to find his feet again at a team where he was comfortable. It, they say, has also put an end to Verstappen’s niggles with STR team-mate Carlos Sainz.

Added to that, as has been pointed out, it has also ensured that neither Mercedes or Ferrari will get their hands on Max any time soon.

A Lap Of The Barcelona Circuit With Romain Grosjean
“Barcelona is probably the track you know best in the world. You can name every part of the layout.

“There’s a long straight, then the first two corners right and left. You carry quite a good speed into them, and then there’s the famous Turn Three, which you try to take as flat out as possible.

“Turn Four, there’s usually some front-locking. The hairpin into Turn Five, going down you don’t see the apex until late, so it’s a tricky corner. Turns Seven and Eight going up the hill lead to the very high-speed turn nine, which has a new curb on exit.

“Then you get to the hairpin at Turn 10, which is very tricky under braking. Turns 11-15 are almost one corner – as a complex, it’s difficult to get a good flow around those corners. You need to get a good balance there.

“Turn 16 is the last corner and you want to try to stay as flat-out to prepare for the straight and get a good lap time.”

Betting
The Barcelona GP is almost here, so why not check out our article written for Betsafe profiling the betting predictions.

The Weekend’s Timetable
The two big sessions to note, qualifying and the race, are both at 14:00 Saturday and Sunday respectively. That makes it 12:00 GMT.

Welcoming Pirelli’s Hard Compound To The Party
The Spanish Grand Prix is the first outing in which Pirelli’s hard tyre will be available to all the drivers. However, none have really grabbed the offer with both hands.

While half the field has opted for just one set of the orange-marked hard tyres, the other half – Daniel Ricciardo, Max Versatppen, Nico Hulkenberg, Sergio Perez, Kevin Magnussen, Carlos Sainz, Marcus Ericsson, Felipe Nasr, Pascal Wehrlein, Rio Haryanto and Romain Grosjean – have gone with two.

#PZero H make their 2016 debut at the #SpanishGP! Catch up on our last visit to #Montmelo: https://t.co/WpCSvNREj7 pic.twitter.com/z1PYkyB25B

The Long & Short Of It
The Spanish Grand Prix has been held at the Circuit de Barcelona-Catalunya since 1991 with Michael Schumacher holding the record for the most wins, six.

The seven-time World Champion also holds the record for the biggest winning as he beat Benetton team-mate Johnny Herbert by 51.988s in 1995.

The smallest winning margin belongs to Sebastian Vettel as the then-Red Bull driver was just 0.630s ahead of Lewis Hamilton as they took the chequered flag in 2011.

Vettel’s record was almost pipped in 2014 when Hamilton finished 0.636s ahead of his Mercedes team-mate Nico Rosberg.

It was the Brit’s first victory at the Barcelona track and the first in back-to-back triumphs for Mercedes as Rosberg won the grand prix a year later.

Championship Race
Heading to Spain Nico Rosberg is the driver with the most to smile while his team-mate Lewis Hamilton has been having a tough time as he has had the brunt of Mercedes’ reliability woes.

Last time out in Russia Rosberg joined a very select group of drivers who won the opening four races of a season – and all three went on to win that year’s World title. The three are Michael Schumacher, who did it twice, Ayrton Senna and Nigel Mansell. Not bad company to be in.

In sharp contrast Hamilton has had back-to-back engine troubles in qualifying leaving him 43 points off the pace. The triple World Champ has not won a grand prix since last year’s Austin race.

Weather Forecast
If you are heading to Barcelona this weekend and have the full three-day ticket, you had best pack a brolly as rain is forecast for Friday’s running while there is also a slim possibility of a downpour during the Sunday grand prix.

At present Friday’s high is 21’C while Saturday’s qualifying will take place on a dry track with a high temperature of 22’C.

Sunday’s race the temperature will fall to 18’C and there is a 20% poossibility of rain from 2pm onward.