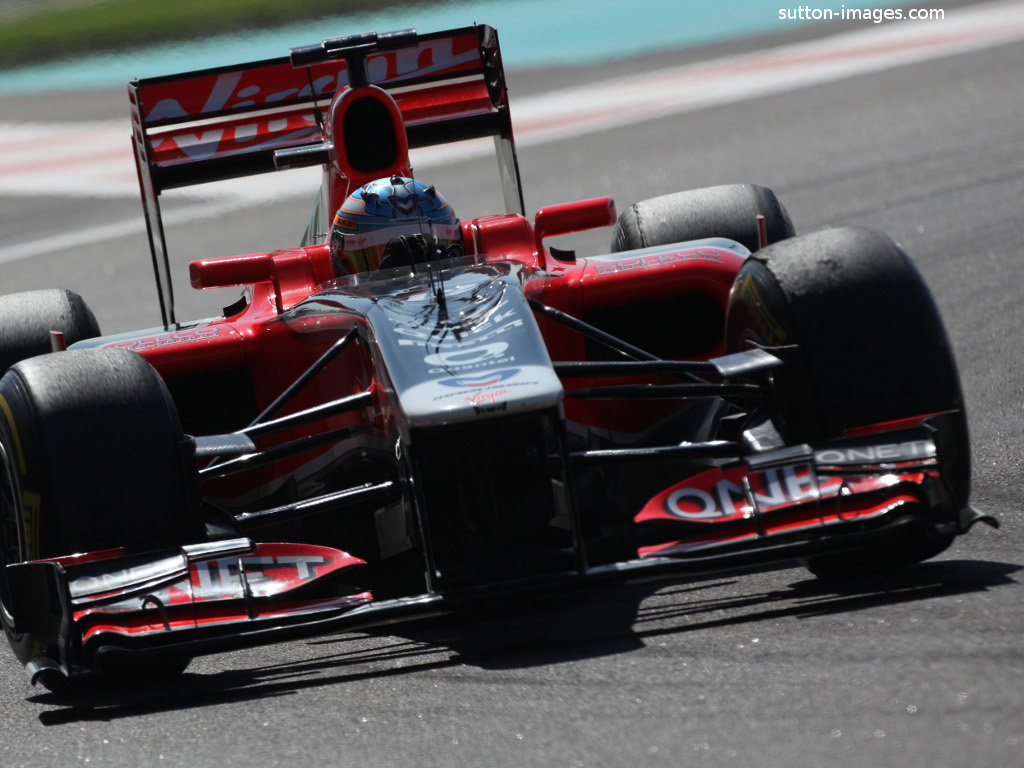 Charles Pic, who is reportedly set to race for Marussia Virgin next season, says his running in Abu Dhabi this week was “good experience”…

Charles Pic, who is reportedly set to race for Marussia Virgin next season, says his running in Abu Dhabi this week was “good experience.”

The 21-year-old was back behind the wheel of the MVR-02 on Thursday, putting in the laps of the Yas Marina circuit.

And although the Frenchman finished at the very bottom of the timesheets, over seven seconds off the pace, he reckons Thursday’s running was another good opportunity for him to learn more about F1.

“I was back in the car for the morning, so it was another good chance to really familiarise myself with the procedures and become more natural in the car,” said Pic.

“We made two runs on new tyres, so it was good experience, and after we made one long run of 18 laps together with a start simulation, so again a lot of things to learn and I have taken in a lot of information.

“We also did a lot of controls work such as bite point learns, which were interesting and I enjoyed the pit stop practice also.

“My thanks to the team once again because it has been a very positive experience here this week and I have enjoyed it very much.”

“It’s been a fascinating week here in Abu Dhabi, observing not only the young drivers Marussia Virgin Racing have been putting through their paces but also the next generation of drivers testing up and down the pit lane.

“Adrian, Charles and Robert have all acquitted themselves impressively and it has been a delight to work with each of them.

“Our objectives for here were two-fold – to evaluate the young drivers and at the same time work on some important developments for 2012, the most significant of which has been the Pirelli prototype tyres.

“The data we have collected this week has been invaluable and will be fed straight back into the 2012 design process.”