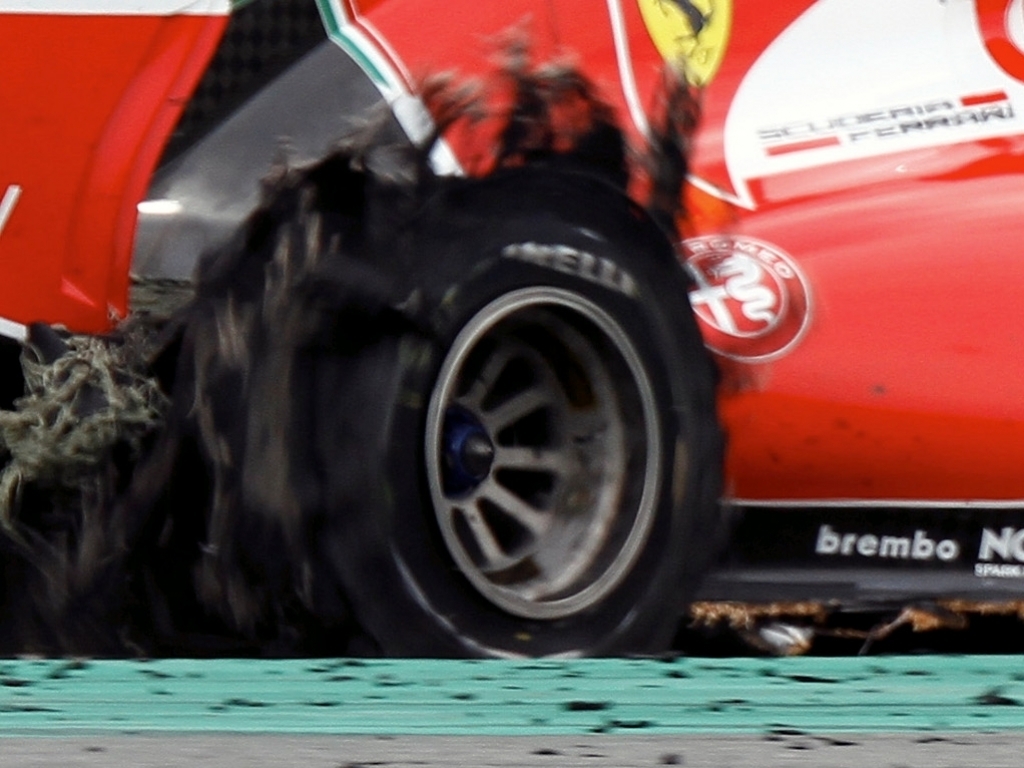 Pirelli and Ferrari are set to for clear the air discussions following this weekend's tyre drama at the Belgian Grand Prix.

Sebastian Vettel was running in third place when he suffered a right rear failure during the closing stages of Sunday's race at Spa, prompting an angry outburst.

"[Tyres are] a theme that keeps coming around, that nobody is mentioning, but is unacceptable," he told BBCF1. Adding: "If this happened earlier then I'm f****d."

Vettel's blow-out came just a couple of days after Nico Rosberg's right rear also deflated and the Mercedes driver said "it needs to be sorted out, this issue, somehow we have to make it safer".

Pirelli, meanwhile, has maintained that Vettel's tyre was simply worn out as he had done 28 laps on that particular set of mediums, but the company's motorsport director Paul Hembery has again hit back.

"Engineers are pushing the cars to even narrower limits – at the expense of the tyres. For drivers the tyres are too hard then soft. The FIA is in between. We are always the stupid ones," he told Germany's Bild.

However, officials from the Italian company are due to meet Ferrari to get to the bottom of the problems.

"Teams make decisions based on the data they have and in this case there is something that did not work out between us and them," Hembery said.

"It's easy to say now, but we have always had good co-operation with Ferrari. So we will sit at a table to find the best solutions."