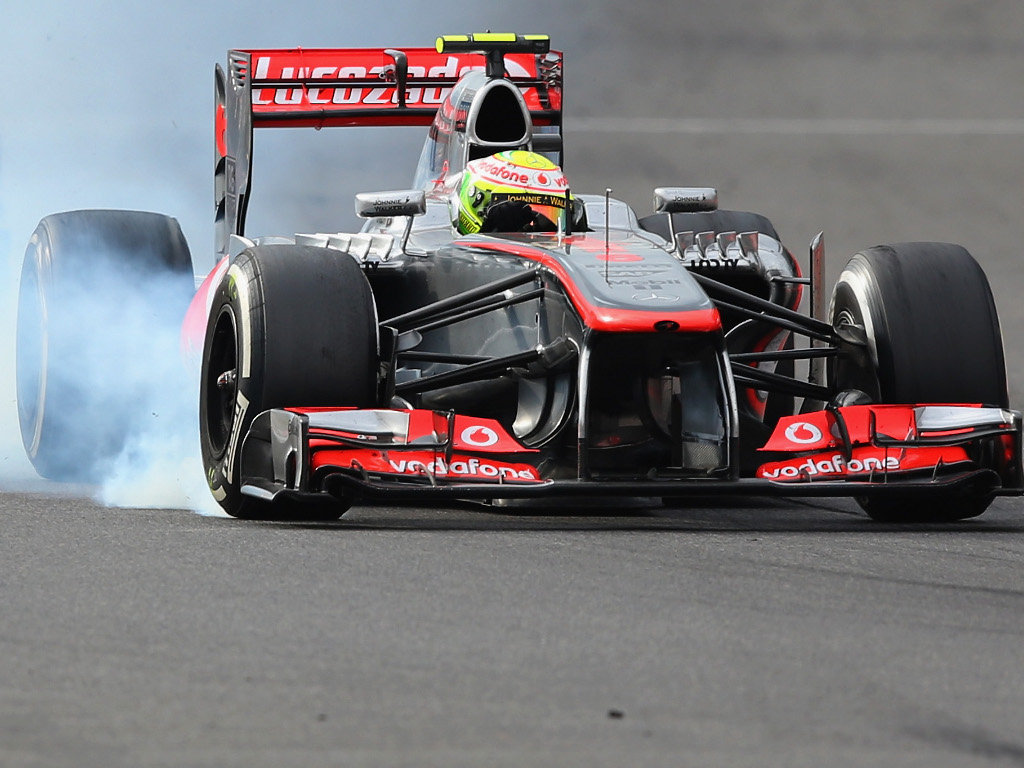 Mark Webber’s prediction that Pirelli would blame a flat spot for Sergio Perez’s tyre failure in Korea has come to pass.

Perez suffered a spectacular right-front blowout on lap 31, sending rubber and carbon fibre flying all over the track. Webber, who was just behind the McLaren when the incident took place, couldn’t avoid the debris and he was forced to make a pit stop soon after as he damaged a tyre.

The Australian was fuming afterwards and told BBC that “Pirelli will put the puncture of Perez down to a lock up but the reason the drivers are locking up is because there’s no tread left.”

The Red Bull driver was spot on with his prediction with the Italian company’s chief Paul Hembrey saying that punctures will always be part of racing.

“Regarding Sergio Perez’s front-right tyre issue we have been able to determine very quickly that it was the result of a flat spot caused by a lock-up under heavy braking,” he said.

“We’re obviously on exactly the same construction as we raced here last year, so there’s no underlying problem, while flat spots or punctures have just always been an integral part of racing.”