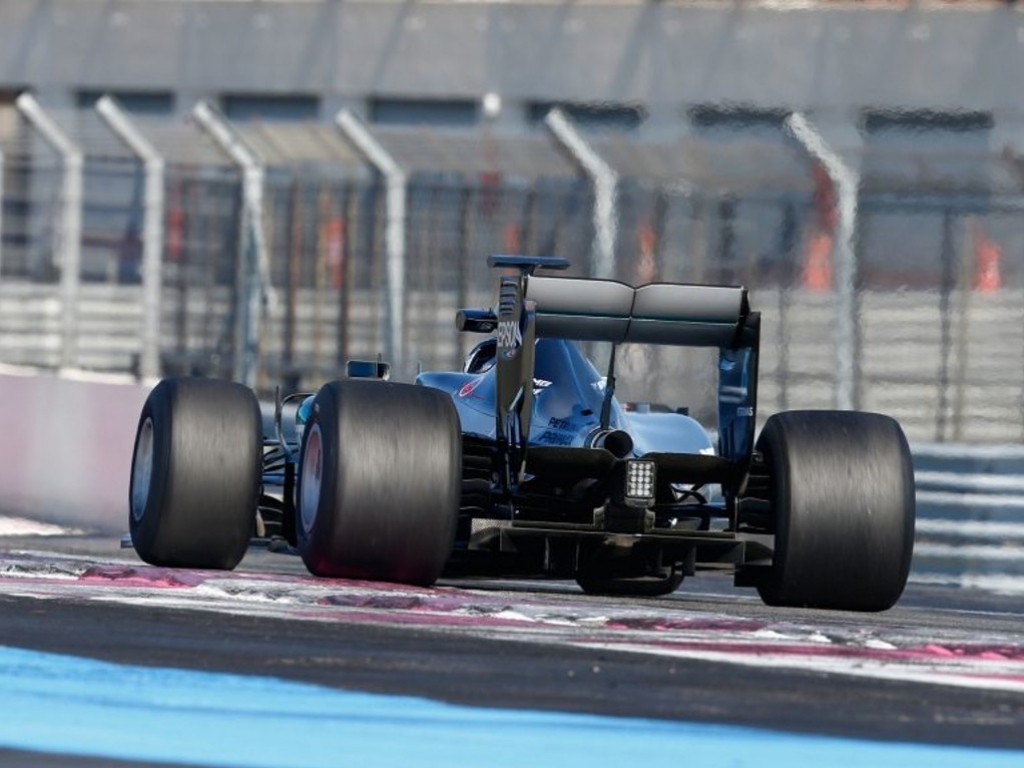 Despite testing the 2017 tyres with modified cars, Pirelli’s F1 racing manager Mario Isola concedes there are still “some question marks” about how the tyres will perform.

This season Formula 1 is embracing a host of new regulations that are aimed at making the cars up to five seconds per lap faster.

The rules include changes to the cars’ aerodynamics and also the tyres, which will be wider.

Pirelli engaged in an extensive test programme with Mercedes, Ferrari and Red Bull in which all three teams ran modified cars intended to replicate this year’s new downforce levels.

However, Isola concedes the ‘mule cars’ did not reach those levels which has left Pirelli with some questions.

“They [the mules cars] lacked a bit of performance,” Isola told Motorsport.com.

“Although the modified cars aimed to simulate the downforce levels we will find, we have not seen the true performance that we will have in 2017.

“We have seen from the simulations that we have been sent by teams, based on patterns with the new cars, that the performance will be better than those we saw from the mule cars.

“This leads us to still have some question marks on the feedback that will come from the track in the first tests and the first few races of the World Championship.”

He added: “It is not an integrity problem, because our indoor tests are calibrated to the values that have been given to us by the team simulations.

“But these simulations are one thing. There will be a completely different performance window in which the teams will arrive in the second half of the season – where we often are on track with high temperatures.

“Will degradation and overheating be the same as with the simulations? It’s a check that we can only do on track.”

Isola also revealed that Pirelli have taken the drivers’ calls to be able to push harder into account with the new 2017 tyres.

“They are completely new compounds. We have encountered a very low degradation, and on the few occasions there was overheating, it quickly returned to the optimum value.

“The drivers made specific requests to us about this – because if they were following another car in the race then they would lose downforce, slide more and then overheat their tyre.

“Our goal is for the tyre to return to a normal condition in a very short time, which will help improve grip. In testing we have seen that this target has been reached – but it needs to be verified on the actual cars, so we will wait for the first few races.”