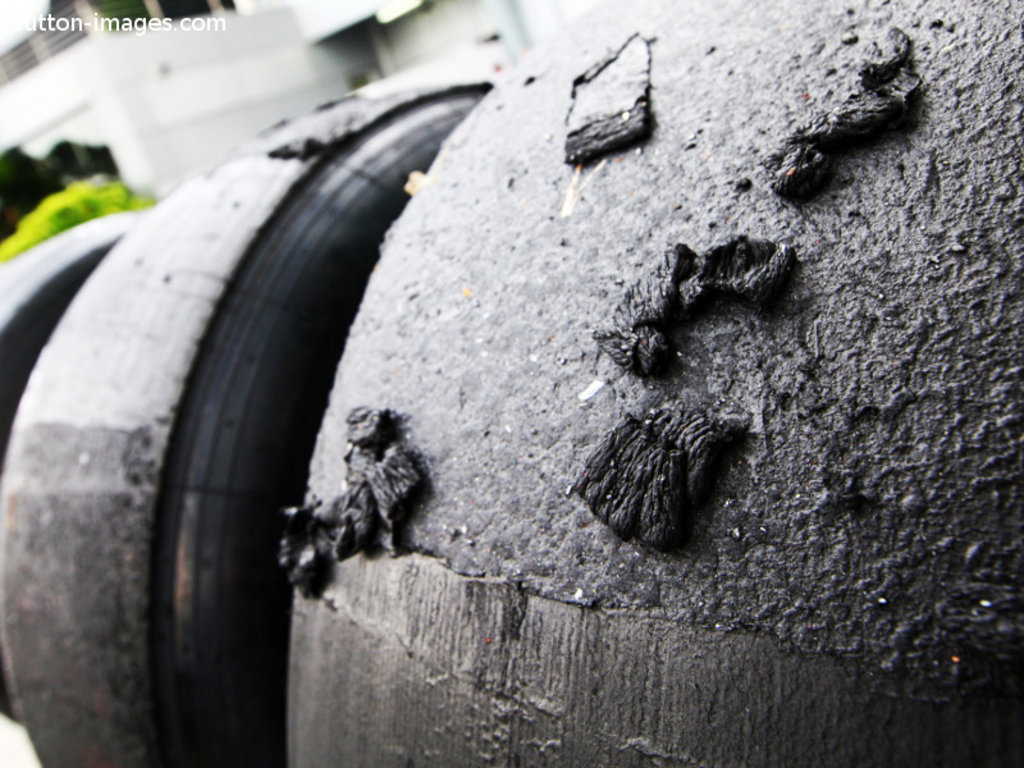 Pirelli will be using a more durable, harder compound tyre at the Spanish Grand Prix…

Pirelli will be using a more durable, harder compound tyre at the Spanish Grand Prix.

The tyre was trialled during practice at the Turkish Grand Prix earlier in the month and will now be used on race days as the manufacturer looks to provide teams with an option that degrades at a slower rate.

The introduction of a harder tyre means that there is now a great gap between the soft and hard compound tyres, giving teams a greater variety of possible strategies.

“We said from the start of the year that we would introduce evolutions of the tyres if we believed that they would benefit the sport and Barcelona marks the first occasion that we have done this,” said Pirelli’s motorsport chief Paul Hembery.

“The new tyre – which we have tested extensively – reduces degradation and improves tyre wear.

“It’s not a huge step over the original hard tyre but it does mean that there is a bigger gap between the soft and the hard tyre, which will definitely make things even more interesting on race day and give teams the opportunity to use more creative strategies.

“In Barcelona, based on the data we have seen in testing, we’re probably expecting around three pitstops per car. It takes a lot longer to enter and leave the pits in Barcelona than it did in Turkey, and this is another factor that will have a definite influence on strategy,” he added.