Home Uncategorized Pirelli: ‘Still work to do’ on wet tyres 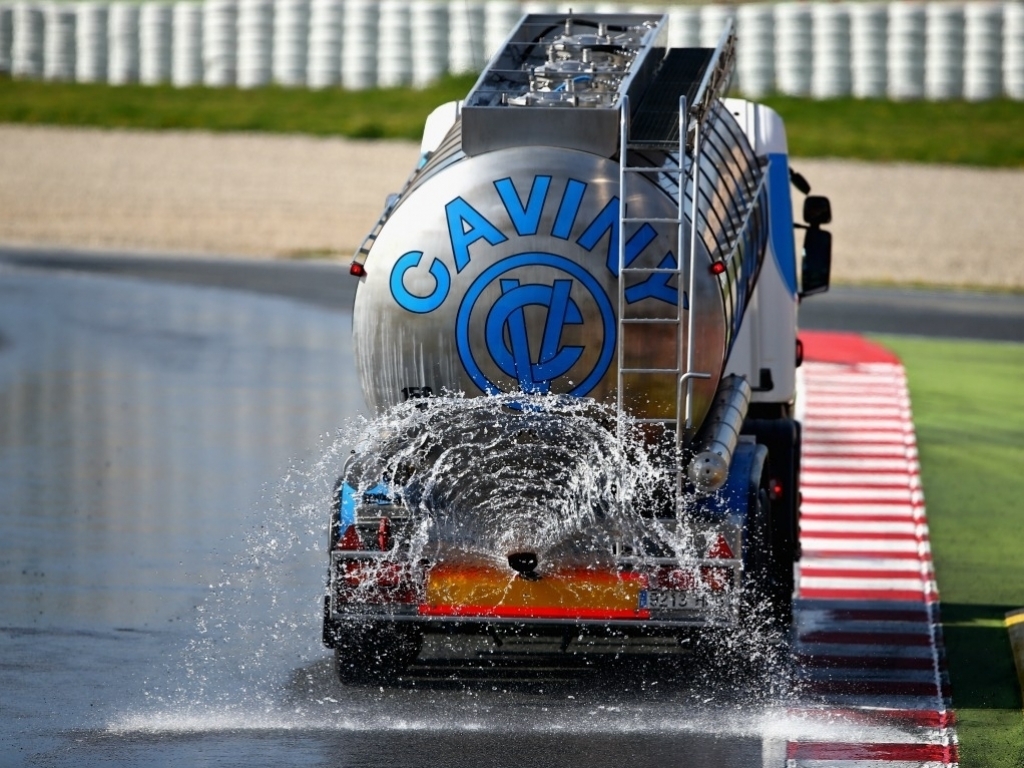 Pirelli’s racing boss Paul Hembery has admitted that improvement is needed on their wet tyres for the 2017 season.

Day Four of the first winter test at the Circuit de Catalunya has been dedicated to wet race simulation, well, until the track dries out in the Barcelona sun.

But Hembery still believes it has been a meaningful task as Pirelli can now work on providing better tyres over the coming weeks.

“We’ve learned what we needed to from the wet test in the sense that with the wider tyre we knew that the footprint is much greater, and the energy going in per square millimeter or centimeter is reduced,” Hembery told reporters in the paddock.

“So switching on the compounds for the wet tyre was as difficult as had been imagined. So we know that we have some work to do yet in that area.

"We had already started in reality, and we were well down the way to doing that. But it confirmed today that switching on the compounds was something that we needed to improve on. So we are working on that.”

He added: “It was very useful in the sense that wet testing is one of the most difficult things in the business because there really aren’t any facilities that give you controlled water.

“We have Fiorano, which we have used once or twice. Elsewhere in the world they don’t exist.

"You have, as you saw, water tankers going around spraying water, which is not the most high-tech system that you can imagine! So there are limitations.

“And in wet testing there are so many variables: temperature, surface condition, the amount of water. But we could still see there was an issue warming up the tyres, so it confirmed what we felt would be the case, and we are working on the solution.”