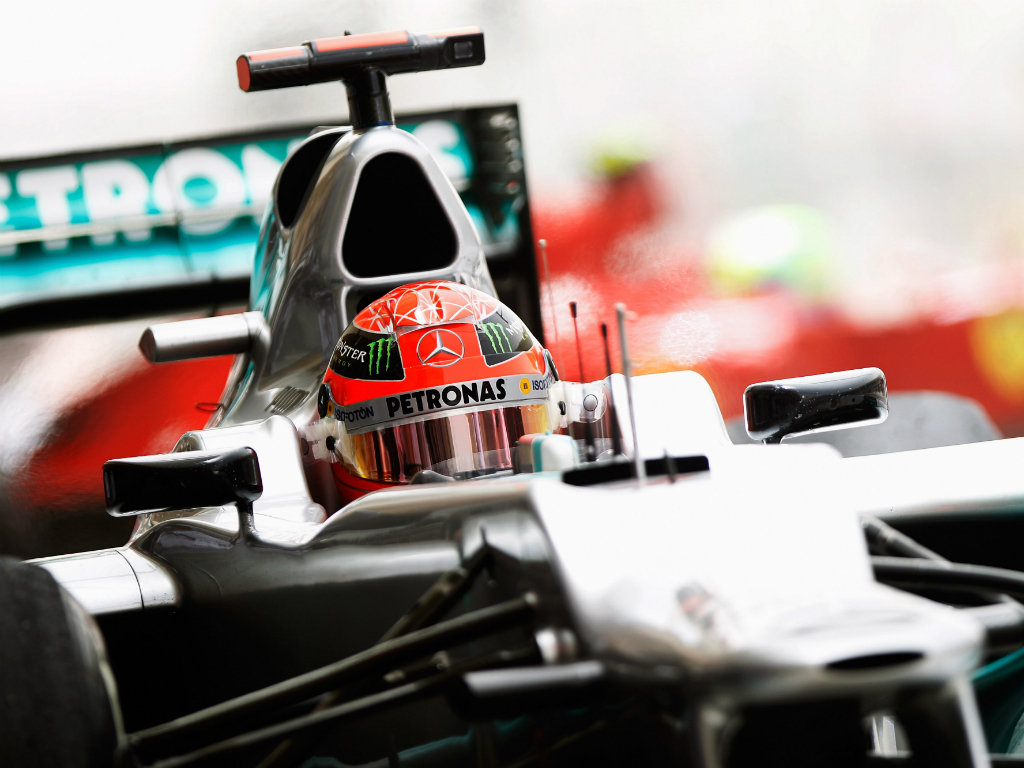 Paul Hembery is backing Michael Schumacher, one of Pirelli’s first critics, to achieve success at the upcoming European GP in Valencia…

Paul Hembery is backing Michael Schumacher, one of Pirelli’s first critics, to achieve success at the upcoming European GP in Valencia.

Schumacher was vocal in his criticism of the Pirelli tyres even before it become common place to slate the Italian tyre manufacturer, slamming them back in April and again in May when he said they were like driving on “raw eggs.”

Later that month, though, Schumacher drove his Mercedes W03 to pole position at Monaco and Hembery reckons there’s no reason why he can’t put in a repeat at Valencia and carry that form though to the Sunday.

“I think you have to look at someone like, maybe Michael getting the pole position,” the Pirelli motorsport director told Autosport.

“He probably would have won Monaco if he hadn’t been penalised, so why not there? Michael for Valencia, that’s where the money needs to go.”

Hembery added his voice to those speaking about the importance of a good qualifying session for the European GP, saying that starting at the front of the grid is the key to success.

“We know Valencia is a tough track to create an exciting race. It’s hard to overtake and it’s got elements of Monaco from that point of view.

“There will be some high temperatures, of course, and we’re going there with the soft and medium tyre, so we should have less degradation.

“There will not be the challenge that we had in Canada, with the super soft being pushed to its limit, so that is why track position is going to be fundamental. You’ve got to really get a good qualifying in Valencia.”