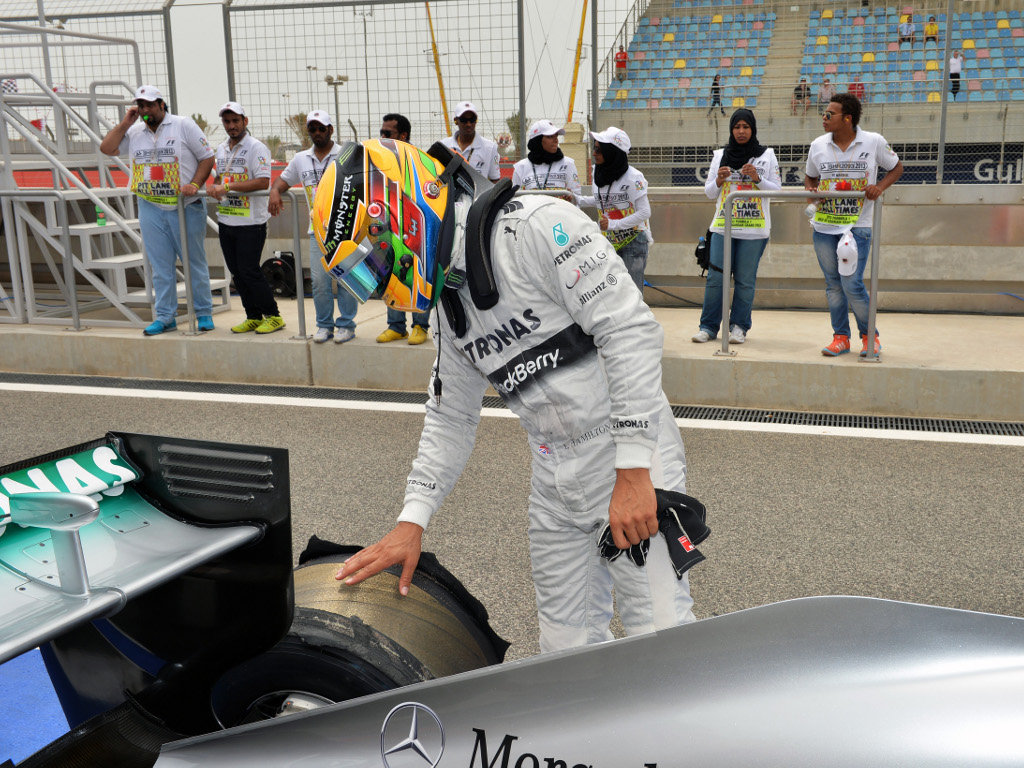 Pirelli will take a closer look at Lewis Hamilton’s rear-left tyre that was damaged during practice in Bahrain.

The Mercedes driver suffered the failure shortly before the chequered flag was raised during FP3 on Saturday morning and it not only resulted in damage to his W04’s suspension, but the team were also forced to change his gearbox.

Caterham’s Giedo van der Garde also picked up a puncture at the same part of the track and Pirelli initially blamed metal debris for the problems.

“The Hamilton tyre is something that we need to look at a lot more to understand as we are not really sure about how it happened,” Hembery told Autosport.

“There is very little evidence there, other than overheating, about what it could be.

“The only thing we have is that van der Garde was following Lewis, and he picked up a huge cut through the top of the tyre at the same time.

“So that failure is a bit of a question mark, whereas the two from Massa were very straightforward.”

Hembery also explained the procedure they will follow to get to the bottom of the problem.

“We will take all the pieces apart and do a full lab analysis,” he said.

“That will either confirm our initial findings, or make us realise that we need to do something and have to implement some changes.

“There will be a full analysis. We treat every incident very seriously.”