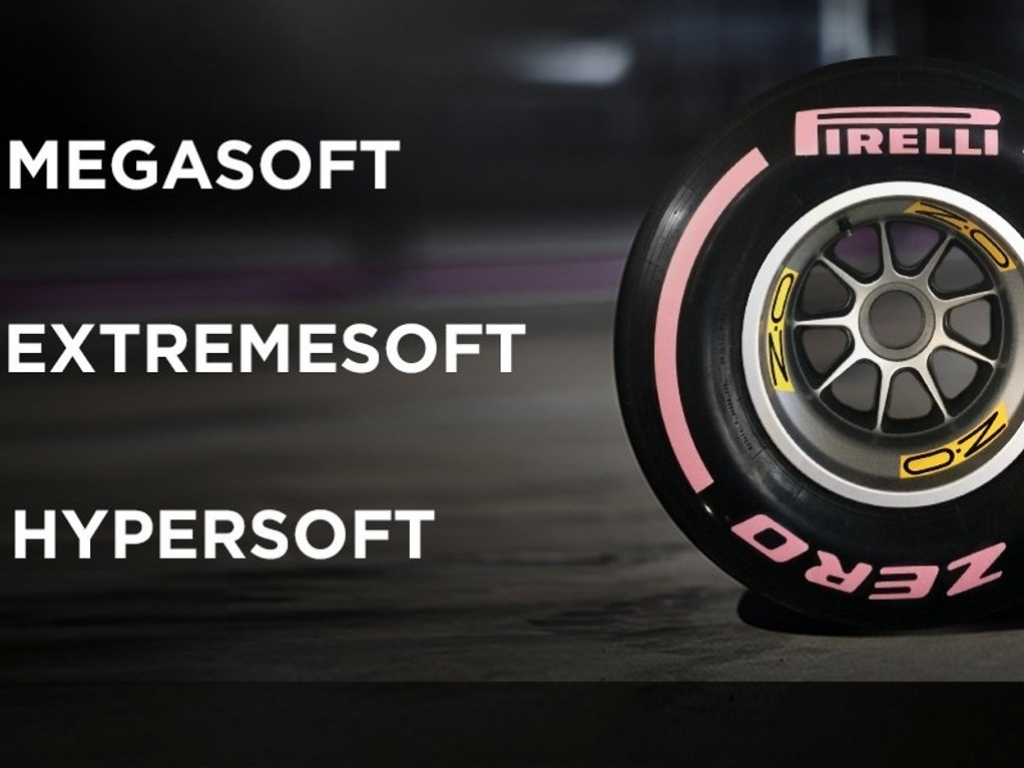 Pirelli’s plan to have between “five and eight” compounds come next season led to the tyre manufacturer unveiling an as yet unnamed pink tyre.

Earlier this year Pirelli’s Formula 1 boss Mario Isola announced that tyre company planned to have “between five and eight” different compounds in play next season.

“We will have a range that is more usable, including the [new] hard, so we’ll have five compounds that are usable,” he said.

“We want to increase this range, and this is the reason why probably we are going to homologate more than five.

“If you exaggerate the number it looks like you are confused. So we need to choose a number that is enough to give us the flexibility [but is] not too big.”

As such Pirelli unveiled a pink tyre on Sunday, urging fans to vote on a name for the tyre: megasoft, extremesoft or hypersoft

We need your help in naming the new Pirelli pink #F1 tyre! Should it be MEGASOFT,
HYPERSOFT or EXTREMESOFT? Respond by tweeting us A, B or C! 🏁 #Pink4F1 pic.twitter.com/rIPEjxjHWF

It won’t be the first time that Pirelli have run a pink tyre as they did so in Austin, recolouring their purple ultrasoft for the event as it was breast cancer awareness month.