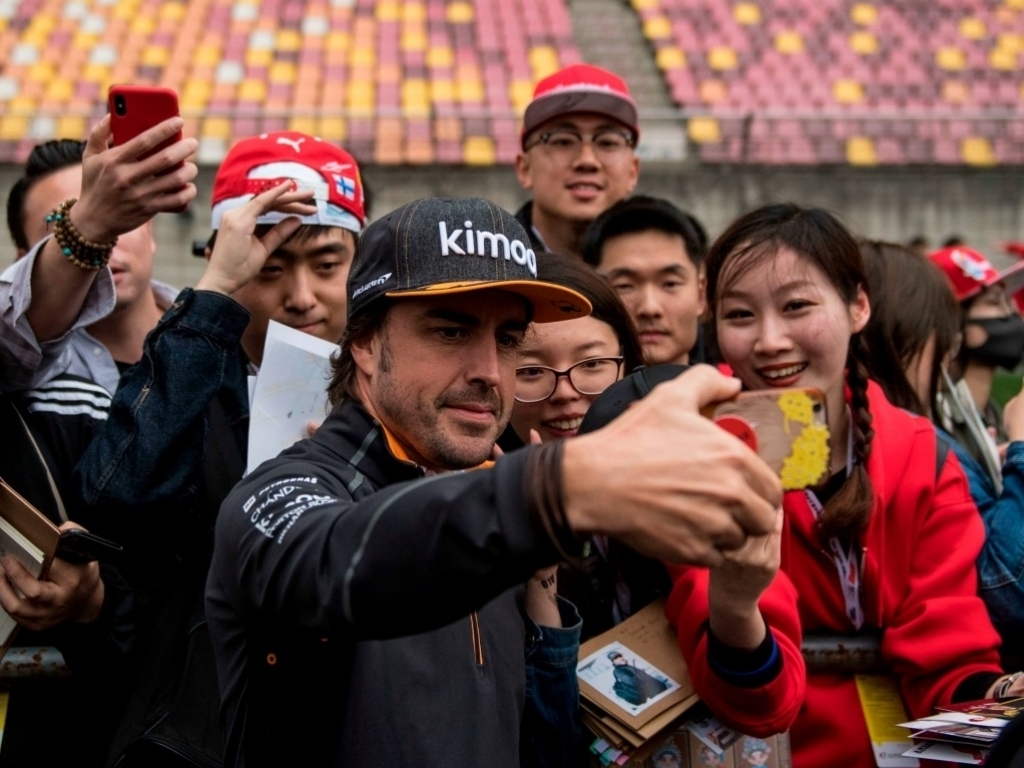 Another weekend, another crazy, crazy race. Time to pick out the best sound bites and social media comments from the Chinese Grand Prix.

We knew it was going to be a strange weekend for Daniel Ricciardo as soon as we saw this wonderful, yet rather eerie track guide posted by Red Bull…and clearly directed by David Lynch.

In search of the truth…

We were ready to move on from Max Verstappen’s crash in qualifying at the Bahrain Grand Prix, accepting an unexpected power boost was the reason after being confirmed by driver and team.

But Nico Hulkenberg was having absolutely none of it.

“Does he have a party mode, too?

That led to more questions being asked to Christian Horner, who then gave the most convoluted answer to basically say it was Verstappen’s fault all along.

“It wasn’t a stuck throttle,” Horner told Autosport. “I think when he got high on the kerb there was an oscillation on the foot. It was fairly obvious.

“The gearshift around there has always been a bit lumpy, and I think it was a combination of that, pushing flat out, up on the kerb, oscillation with the foot.

“Put a lot of stuff together, that’s what happens. There’s nothing to read into it.”

Nope, nothing at all, Christian. But we will certainly remember “oscillation of the right foot” if we ever get pulled over for speeding.

Written in the stars

Whilst on the subject of Verstappen. You definitely cannot say that he wasn’t warned about his potential antics in Sunday’s race.

“See you f**king later, son!” he said on team radio after getting past Lewis Hamilton and Kimi Raikkonen at the start.

All that’s missing here is the Curb Your Enthusiasm theme tune. 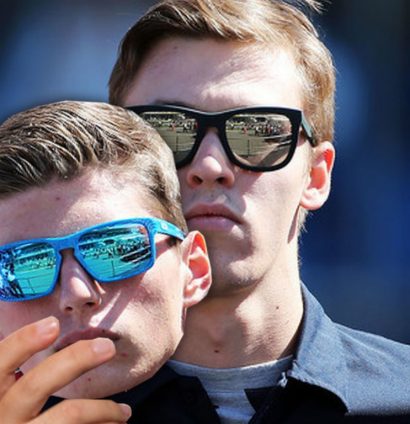 No, wait, now they have… 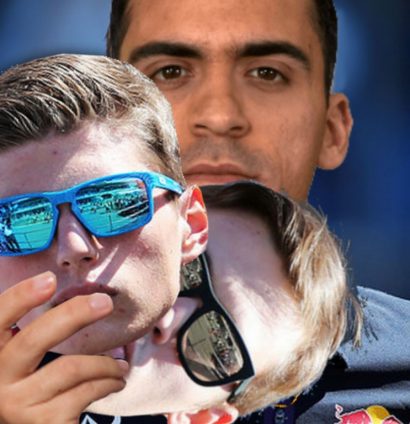 Before we go any further, let’s address the title matter, shall we?

Christian Horner’s comments had us stroking our chin earlier, but then Fernando Alonso had us vigorously scratching our head when he said that expectations are too high at McLaren this season. If we had a drink at the time then we would have certainly spat out.

“I don’t know what exactly people were expecting from one season to another where the regulations stay the same,” Alonso said.

Because neither you nor McLaren have played any part in raising expectations yourself after ditching Honda, have you?

It’s been pretty clear from you what we were supposed to be expecting.

Let’s get settled into Kimi corner, which is a little nicer place than last race weekend that’s for sure.

Kimi doesn’t have fans in China, he has worshippers. We bet he appreciated being mobbed at the airport…

But at least he liked this number plate… 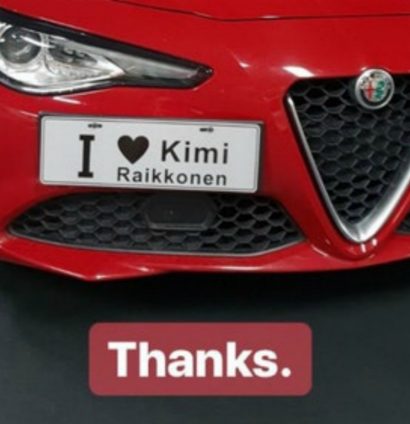 And when on the podium, he truly appreciated the support from the grandstands. How could you not?

But, by far and away his best moment came after Ferrari boss Maurizio Arrivabene praised Kimi for his good start to the season and how his fitness levels may have helped with that.

“He’s in good physical condition now, which is very important for him. He drives well, he’s in very good shape and focused on his work.”

Kimi’s response? A ‘thank you’ perhaps? Of course not!

“How do people measure fitness? By looking?” Raikkonen asked.

“In my opinion it’s a pretty questionable way to go about measuring fitness.

“I have not done too many fitness tests, or especially ones that the team knows about. The comments are a bit strange. I’ve never had any problem with my condition.”

You always have to expected the unexpected in China…

And for all of our little gripes that we have with Formula 1, the excitement on this face is what it’s really all about. And that’s just for FP2 as well!

And hats off once again to the BBC’s excellent use of statistics. Moving on from pie charts in Bahrain to this… 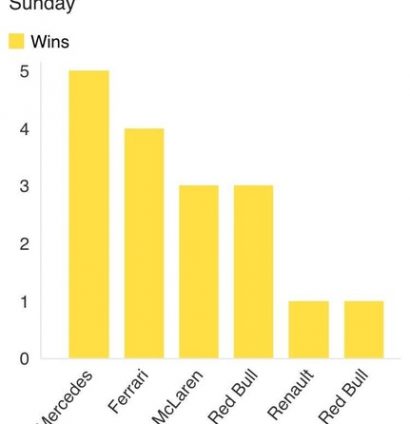 We’re also getting quite used to the new Formula 1 theme tune now. But it’s not a patch on this effort and damn you @chainbearf1 for putting it in our heads all weekend.

Guys I have created the perfect #F1 intro video.

And some unexpected savagery came by the way of Brazilian commentary this weekend with the following exchange:

“Lito, after 125 races, when will Hulkenberg finally get on the podium?”

“I think it would be easier if you asked me what the meaning of life is.”

The overtake extraordinaire has the honours this week. Erm, take it away, Daniel…

And who’s that you’re on the phone to?