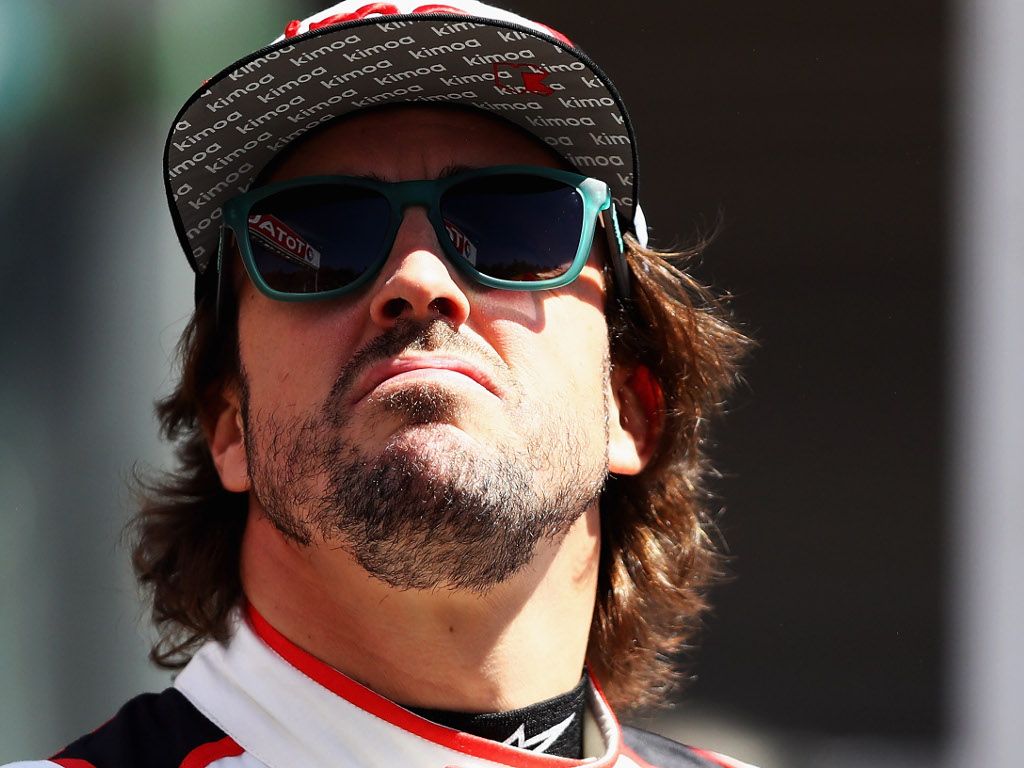 Out of all the Formula 1 races we have ever had…the 2018 Monaco Grand Prix was certainly one of them. Let’s forget about the race and try pick out some good bits, shall we?

Before we get stuck into Monaco, we have to go back to the previous weekend where Daniel Ricciardo was also on very good form.

At a demo event in Zandvoort, the Aussie provided a contender for image of the season when stopping by with @F1girlsquad 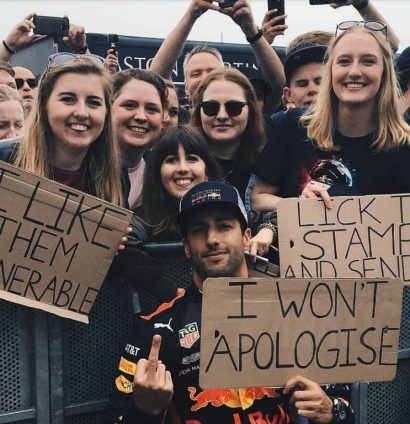 Hey Siri, show me a video that sums up Daniel Ricciardo…#F1 #RedBullRacing pic.twitter.com/kW2b0KBQpC

FOMing at the mouth

We are six races into the 2018 season and the coverage provided by FOM continues to be a bit of a shambles.

We thought they had gone for good, but the brothers are back! 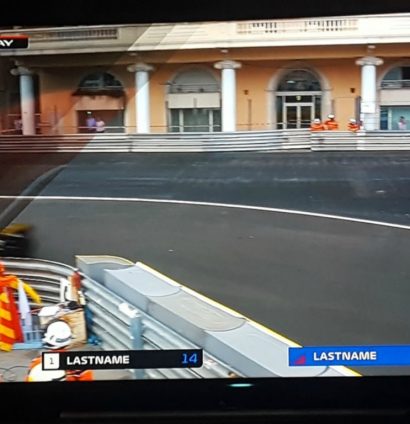 Not to mention the many glitches with the leaderboard, which on occasion disappeared altogether. Not a good look.

Usually, only three drivers are picked for the pre-weekend press conference. The two main title rivals? Check. A rising star at his home grand prix? Check. That should do it.

No, let’s crowbar Romain Grosjean in there for good measure as well after back-to-back retirements. Make him sweat a bit. 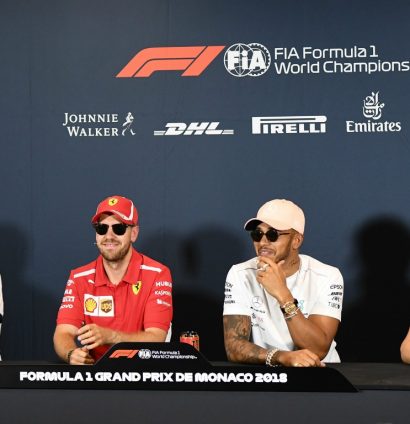 The press conference did have one stand-out moment, though, with Lewis Hamilton mentioning the ‘v word’.

Seb asked about the idea of having Lewis alongside him at Ferrari next year…
Hamilton: "He has a veto so that wouldn't happen!"
Vettel: "I don't!"#F1 #MonacoGP

Where are we dropping? 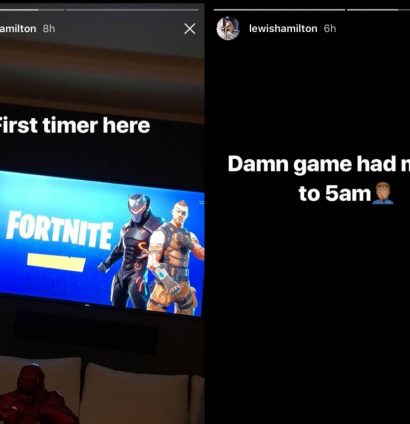 Inspired by the post, Formula 1 got in on the act as well…

Whilst on the subject of Hamilton, we can exclusively reveal that he has indeed signed a new contract with Mercedes.

A lot is said and written about Hamilton over the course of the season. Some of it is probably better left not on the airwaves…

There were some things that were very much worth broadcasting and none were cooler than McLaren recreating Ayrton Senna’s untelevised pole lap in Monaco from 1988, complete with commentary from Murray Walker.

The VHS you never had. Together with @Formula1game, and the voice of #F1, Murray Walker, we present Senna's stunningly quick #MonacoGP qualifying lap from 1988. #LegendaryLaps pic.twitter.com/ZQ0zB0ZmQZ

We have also included that video as a perfect link and excuse to potentially drive you mad as you try and find his Formula 1 car in this pic. We won’t say how long it took us. 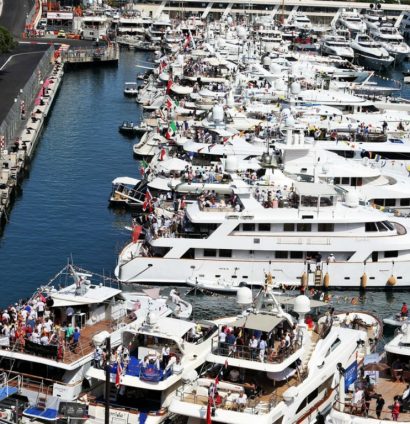 We think it’s about time to discuss one of the elephants in the room: Max Verstappen.

And although Max isn’t counting Spain, we all know it is six incidents in six race weekends for the Dutchman.

After his crash, you can either make a very valid point…

I feel so sorry for Max Verstappen, an insane amount of talent struggling to find a balance in the Formula 1 pressure cooker. If only there was some kind of ladder filled with junior categories where a driver could prepare themselves and help fullfill their potential at the top

Or go down this particular rabbit hole…

There really is something for everyone.

And Max better watch out, his replacement is already been lined up…

Good luck ! From Monty This is it ! @redbullracing @danielricciardo @Max33Verstappen a wonderful race #MonacoGrandPrix ! pic.twitter.com/1MJYMozuA4

At least the bromance with Daniel Ricciardo is still alive and well.

When you finish each other's sentences… 😂 #RelationshipGoals pic.twitter.com/R0o6v8o5nO

And now for the second elephant: that god-awful race we had to sit through. Is it any wonder we get them when comments such as these are made in the build-up?

“Formula One is about selling glamour and parties,” said Liberty boss Greg Maffei.

Pass us the sick bag.

Ready to watch and enjoy the RACE of the day 👍👍👍👍👍 https://t.co/TfBmsKOc2k

Bet he wishes he went there again instead, but he can take some comfort for having something to celebrate the past weekend.

Get the swear jar

One not so much…

Mercedes with the typo of the weekend…

Contact!! Turn 10! There’s big hit as one of the Saubers climbs all over a Toto Rosso…

No Safety Car though! #MonacoGP

Which of course led to one Reddit user creating this… 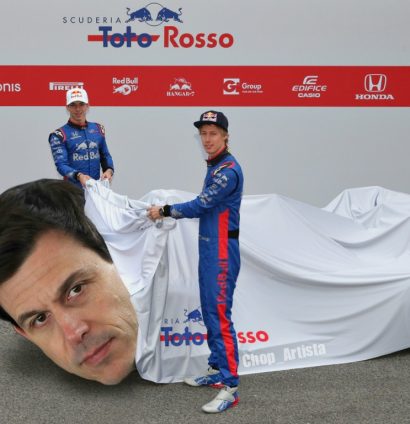 And let’s hear it for good guy, Sebastian.

Vettel saw his mechanic Alessandro struggling and immediately helped him.

More of a last picture this week. Red Bull gives you wings. 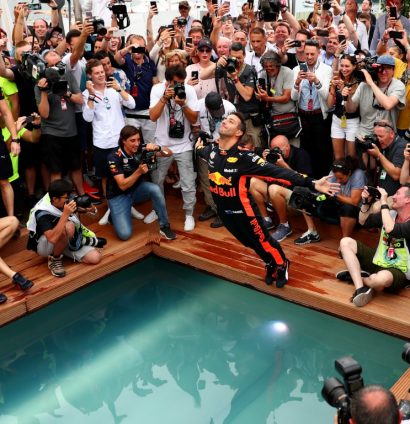