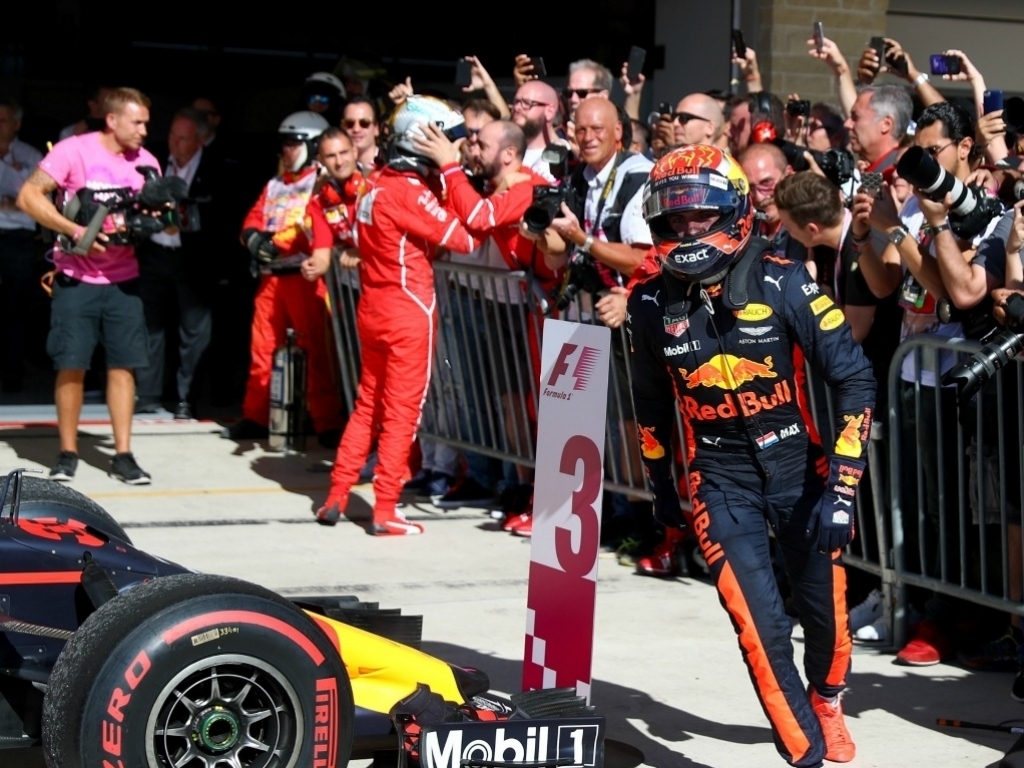 Felipe Massa kicked off the week by getting into the Halloween spirit a little early. Either that or he’s showing us what Williams are going to do to him so he’s out of the seat for 2018.

Beware of the selfie

The 3.5 million followers of the F1 Instagram account got a shock when the social media guy behind it posted a selfie of himself… 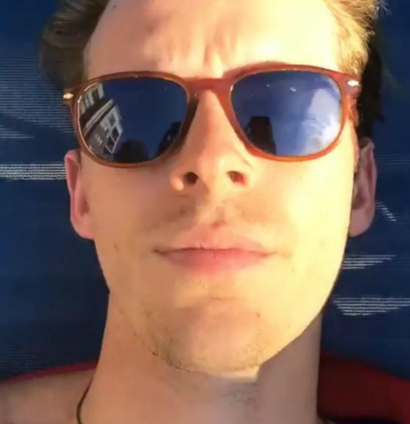 Your work and personal account on the same phone? Talk about living life on the edge.

On the subject of phones, Mercedes really need to start implementing some lock codes on their devices. Daniel Ricciardo nicked Lewis Hamilton’s phone on the podium in Japan, and now this…

When you lose your phone at @COTA and @RGrosjean finds it… 🙈🙈 pic.twitter.com/9atE80EpVi

By returning the phone to Mercedes, there was at least one good deed from the Haas drivers on what was a pretty miserable homecoming for the American outfit.

Otherwise, it was more of the same with Romain Grosjean and his , no, sorry, constructive feedback to the team. 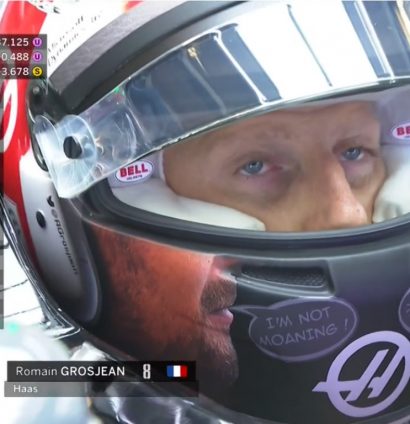 And K-Mag trying to beat his personal best for annoying as many drivers as possible.

First there was his team-mate…

Before rounding off with Sergio Perez in qualifying…

Those three join Fernando Alonso and Nico Hulkenberg in the K-Mag hate club. Just look at the sheer disdain in their faces when the Dane cracked a simple joke in the drivers’ presser…

Magnussen did have one fan in Austin at least… 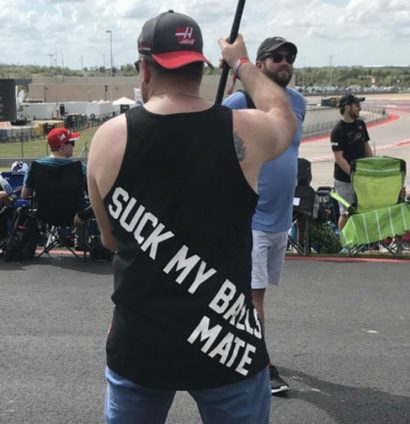 Can someone check on Seb and make sure he’s okay? After Austin we’re a little bit worried.

First there was the golf lesson which quick turned into an anger management class, all of sudden getting a very clear understanding about how he feels about the title slipping away.

Quite possibly the best thing I've ever seen.

He also appears to be a little homesick…

Not-so breaking news: Fernando Alonso is staying at McLaren next year. Who saw that coming once Honda were booted out?

It’s been a pain-staking process, with hardly a day going by all season without a story on his future. But, that pain was eased somewhat with McLaren’s excellent announcement video.

The guys and girls of McLaren have been taking language lessons in preparation for 2018… 🔊😉 #VamosFernando pic.twitter.com/0Zw3rAaLbE 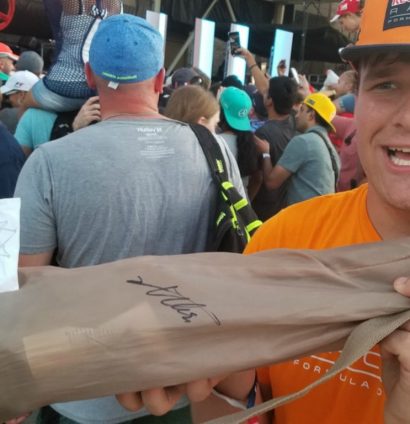 And after yet another DNF whilst running in the points, Alonso was prepared to get his hands on something Renault-related by any means necessary.

Former Williams chief Pat Symonds has been an excellent addition to the Sky F1 team. This Blue Peter-esque feature providing more evidence why.

Thought you heard the last of Jolyon Palmer? Think again.

An outdated banner inadvertently turned into a shrine for the Brit, where fans could pay their final respects. Although the sign behind it is far more appropriate. 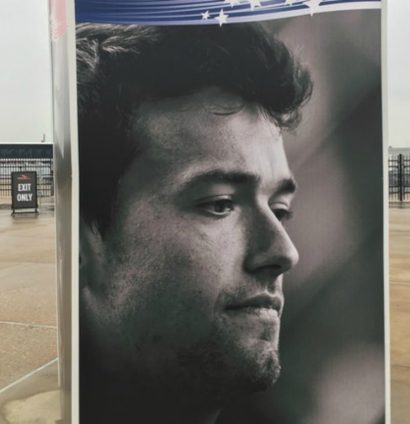 The Renault ultras were having none of it though… 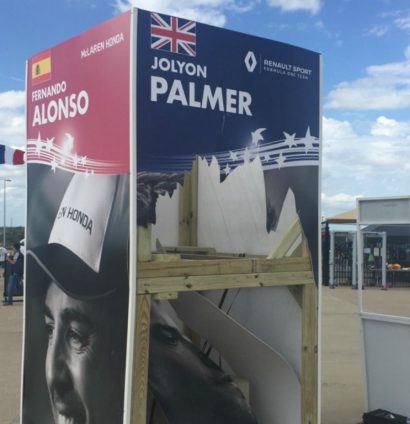 But Jolyon managed to sneak back in during the night… 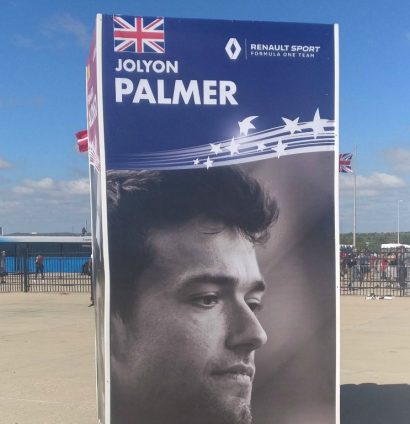 In case there is still anyone feeling sorry for Palmer after his early exit from Renault. A glimpse into why they were very keen to do so…

Let’s get ready to grumble

Those driver introductions were really something, weren’t they? What a rollercoaster of emotions.

1. Stoffel Vandoorne missed his cue
2. Will Buxton’s mic was kept live throughout as he tried to interview the drivers
3. The driver video packages ended up out of sync
4. Daniil Kvyat being introduced as ‘The Torpedo’. Poor b*stard.
5. Lance ‘The Heartbreaker’ Stroll. WTF?! ‘The Carbreaker’ would have been more apt.
6. The “always smiling” Kimi Raikkonen. Okay, that one’s pretty good.
7. Daniel Ricciardo being referred to as ‘Ricky Rocket’ and ‘Honey Badger’. Again, excellent work.
8. Michael Buffer fluffing Sebastian Vettel’s intro. Toe-curling.

And just when you thought the United States Grand Prix couldn’t be more American if it tried. Along came an eagle…

We cannot finish without mentioning that last-lap incident between Max Verstappen and Kimi Raikkonen, which resulted in the former being escorted away from the podium.

His father, Jos, took it well… 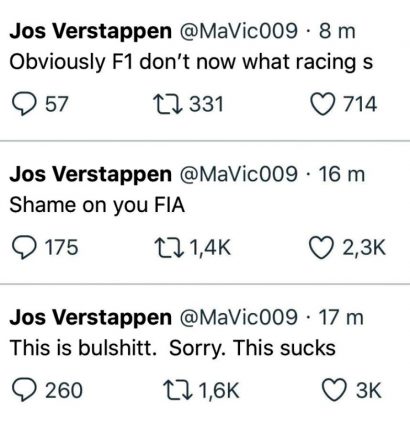 That wasn’t the end of it either, but there was only one card left to play at that stage.