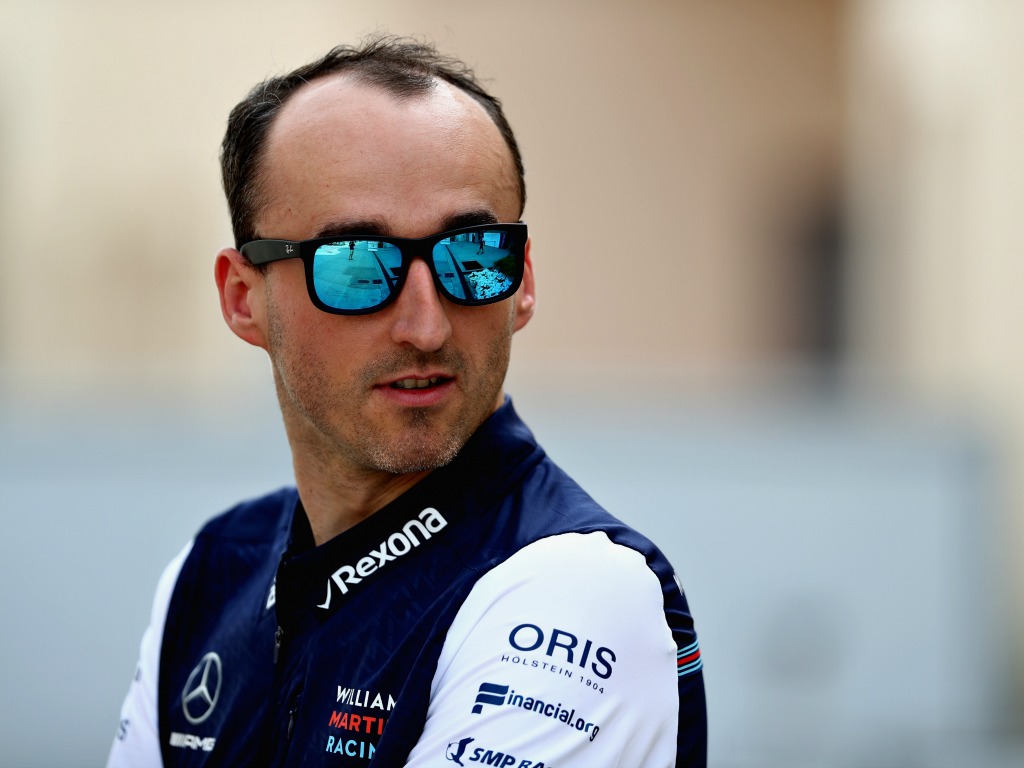 Now that was more like it. The Bahrain Grand Prix had just about everything, including Formula One Management subtly getting on board the Robert Kubica bandwagon.

Arguably the biggest talking point from the Australian Grand Prix was the birth of an epic sibling by the two Lastname brothers.

We thought we would never see them again, but not only did they turn up in Bahrain…the gap between the two has closed significantly as well.

They’ll be giving Senna v Prost a run for their money at this rate.

Look who's already on track! Lastname made it from Australia to Bahrain.#AMuS pic.twitter.com/tDaq0RPm5I

The above is probably why F1TV has still yet to launch after two races this season, and it seems everyone involved with the production still has a way to go to reach and maintain a high standard. 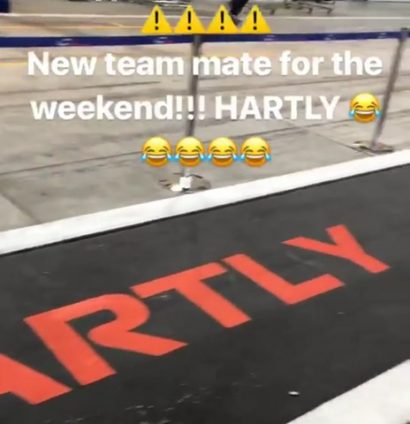 And whilst we are on the subject of presentation, please *gets down on knees* please bring back tyre information on screen instead of the pointless car badges. 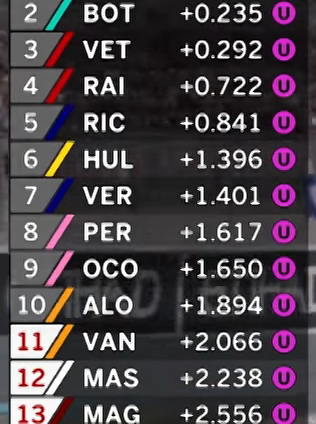 And even though the Bahrain race was brilliant, it wasn’t that good, FIA 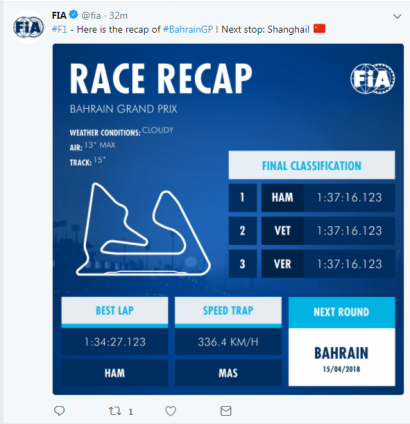 The directors knew exactly what they were doing though when Sergey Sirotkin spun out of control in free practice. 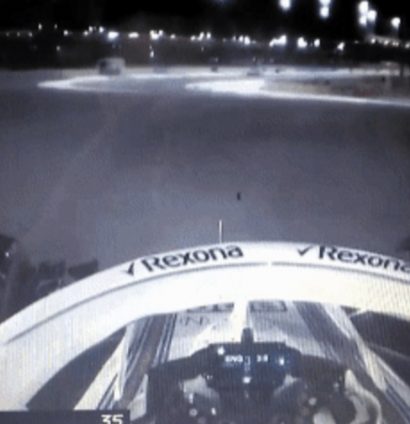 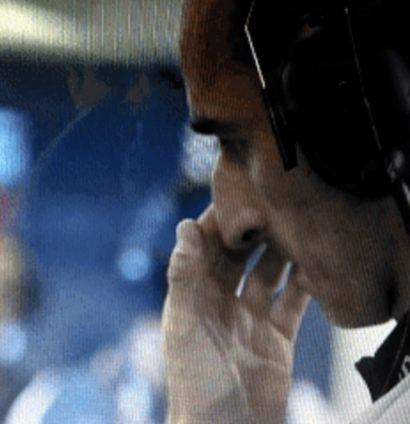 We would have also loved to listen in to this conversation between Williams chief Paddy Lowe and Lance Stroll’s father, Lawrence. 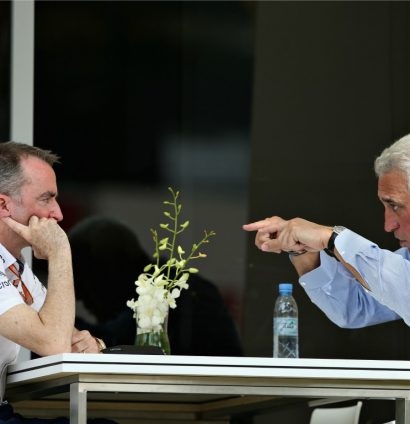 What is it with Kevin Magnussen and balls?

It's fair to say @KevinMagnussen was feeling a bit testy during #FP1 😂#F1 #BahrainGP pic.twitter.com/n0eoRIn0it

The little smirk after gets us every time we watch it, which is 1,405,442 times at the last count.

Usually it’s pretty chilly in Kimi corner, but it was ice, ice cold over the weekend.

He had zero time for your stupid hypothetical questions in the Drivers’ Press Conference on Thursday.

And get your stupid camera out of his face as well whilst you’re at it.

But that was nothing compared to his initial reaction after unintentionally breaking the leg of one of his mechanics with a botched pit stop.

He stormed off down the garage and gave this frozen response to reporters:

His heart did melt a little afterwards with the other comments he made to the press and he showed he was human after all by wishing his mechanic well.

He’s a unique individual, isn’t he? He even has a part-time job at the local co-op. 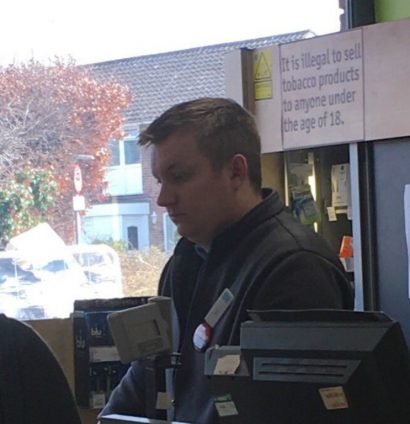 We didn’t quite reach the levels of Fernando Alonso asking for more enthusiasm on team radio like he did in Australia, but a couple of moments are worthy of a mention.

Daniel Ricciardo after Bottas block in FP2 – “What a f*cktard.”

Hamilton: “What does pull back mean?”
Team radio: “You pull back on the paddle, Lewis.”

We have only had a little taste of Hamilton v Verstappen thus far, but in Bahrain we got our first mouthful after the two made contact in the early stages and resulted in the latter retiring from the race.

In came Hamilton into the ironically-named ‘cool-down room’…

Then for Vettel to come leaping to the defence of Hamilton in the post-race press conference, especially when he has been far from squeaky clean himself and is not Verstappen’s biggest fan anyway, is priceless.

You do have to watch out for Verstappen, though, look at how he almost sent this old fan crashing to the ground…

Similar to 2017, the Ferrari hype train is at full steam ahead after back-to-back opening victories again this season.

So much so, memes new and old are coming out of desktop folders…People clearly have a lot of spare time on their hands. 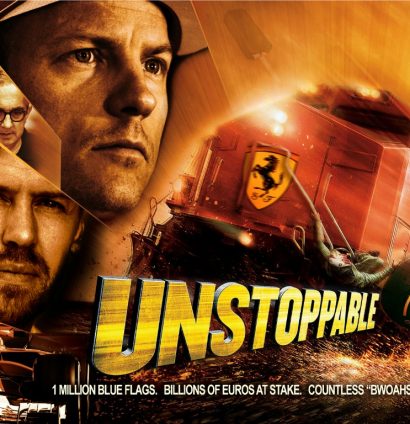 And, ok Ferrari, we get it, you vape. 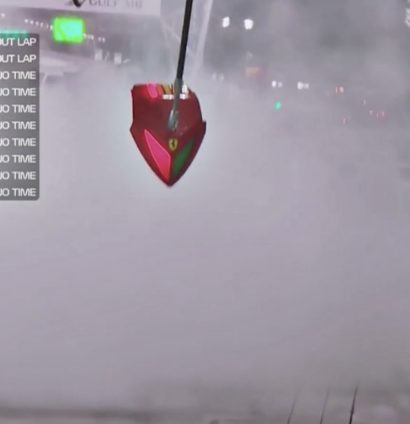 We couldn’t finish without mentioning one of the worst pie charts we have ever seen. 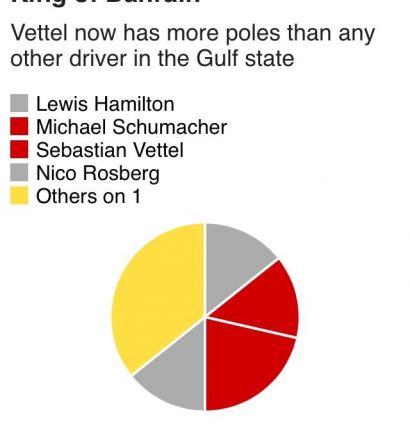 Where do you even start?

– Michael Schumacher and Sebastian Vettel are the same colour

– And Others on 1 looks to be a real prospect. Looking forward to seeing their career develop in the future.

It can be left to none other than the Ferrari mechanic, Francesco Cigarini, giving everyone the good old thumbs-up after surgery on his broken leg. We wish him a speedy recovery.