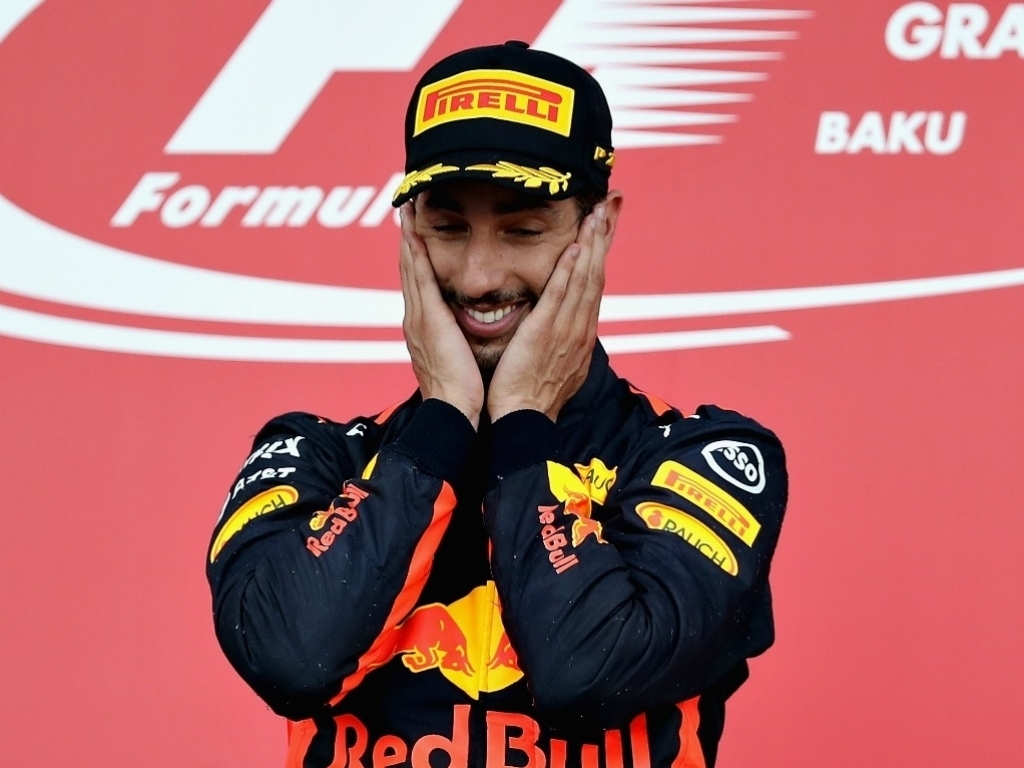 Our heads still hurt trying to pick apart everything from the Azerbaijan Grand Prix but, as headaches go, this is one we will gladly have every race weekend.

Jolyon Palmer was the victim of more bad luck as he continues his increasingly desperate search for much-needed points. A fuel leak ruled him out of qualifying and a race retirement on lap 7 followed. But, he still didn’t do himself any favours.

Take this petulant interview for example…

.@JennieGow gets a prickly response in her interview with @RenaultSportF1 driver Jolyon Palmer.

And if that wasn’t bad enough, there was this rather embarrassing moment…

Then Turn 8 in FP2 happened…

Be gentle guys… Jolyon helping the marshals out with the car's recovery.#AzerbaijanGP #FP2 pic.twitter.com/SUZdmEJYsU

“Not necessarily what works for me will work for him,” said Hulkenberg, when asked by Sky Sports if he can do anything to help (silly question).

“I think as a driver you have to find and develop your own way and get yourself in happy place with the car, so there is not much I can do.”

In other words: Sink or swim, buddy.

What’s all the fuss about?

Given how the race unfolded, it can be easy to forget that FP2 was also very eventful as drivers struggled with the concept that Turn 8 was actually a turn and not a straight down to a separate track.

As car after car ran off, we can’t help but wonder what all the fuss was about down there… 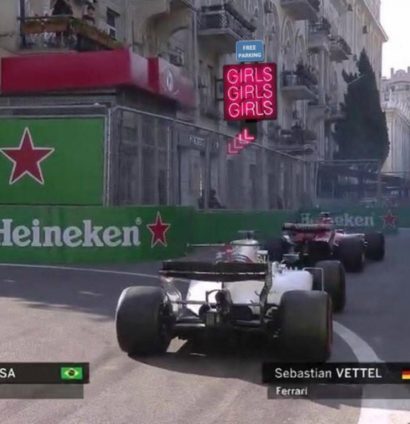 Ah, that explains it!

Formula 1 fashionista Esteban Ocon asked for opinions about his new race overalls for Baku and opinions is what he got. The replies under this tweet made for excellent viewing.

After weighing up exactly what he reminds us of, we have come to this definitive conclusion. 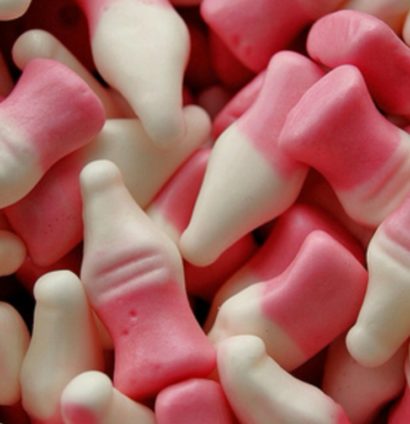 Tease me, tease me

Force India are having trouble seizing opportunities on the track of late, but they are certainly on the ball off it…

Whilst on the subject of Alonso, he was involved so much over the weekend that we have been left with no option to give him his very own section in this Pit Chat.

First came the usual retirement (but thankfully just in practice this time). Wonder how much Alonso wanted the car to keep rolling all the way into the Caspian Sea?

@SkySportsF1 Comical scene as Alonso asks Azerbaijani marshall "Did you remember to put the handbrake on?" He replies "above my pay grade!" pic.twitter.com/eR5eJDyNSQ

A tangle with Ricciardo in qualifying then brought this wonderful comment…

Alonso: “Our speed is that slow that they think we are on a slow lap but no this is our speed, we are starting a timed lap so they get surprised a bit.”

And even before he managed to collect both his and McLaren-Honda’s first points of the season, we reckon he knows who he is going to be racing for next season. He was far too happy all weekend long.

Eric Boullier: “Most painful weekend I’ve ever had.”

Fernando Alonso: “It’s been quite positive for me.”

He was spotted getting into a Mercedes after all… 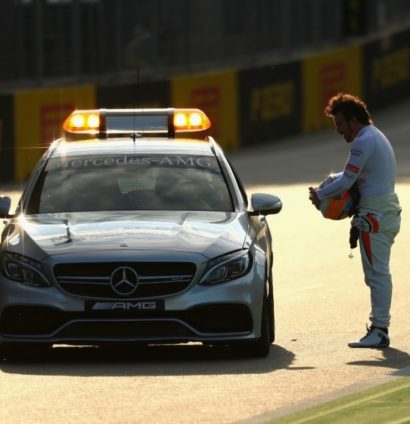 We interrupt our regular schedule to bring you some breaking news: Kevin Magnussen does not like oysters.

Tried oysters for the first time yesterday. Not my cup of tea ???

Thank God there were no more photos released after this point. It looks like it’s going to get a little bit messy.

What will also be proving difficult to swallow are the following words from Dutch TV Ziggo Sport. At one point in FP2, Lance Stroll was running as high as P4…

“Take a picture, pin it on the wall above your bed. That won’t happen often.”

After Sunday, it is probably time to start redecorating the house with Stroll ‘shoey’ wallpaper. The second image in particular will look great as a feature wall.

We always look forward to Kimi Raikkonen’s contribution, but him screaming for a steering wheel was not the highlight we were expecting this weekend.

Ok, we can’t hold off any longer. Let’s get on to that Lewis Hamilton and Sebastian Vettel moment, although you have to keep reminding Vettel which one…

In case you forget again, Seb, it’s this one…

The FIA also made us laugh with their official verdict on the incident. 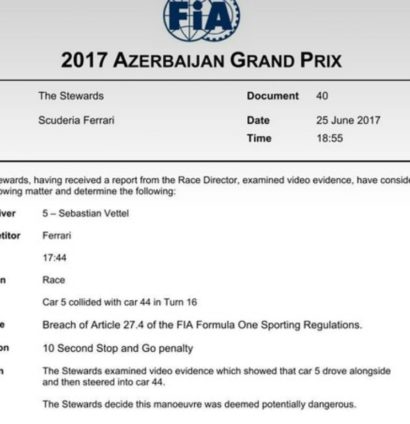 ‘Potentially dangerous’. And we suppose the sky is potentially blue.

And step forward Ted Kravitz, who stirred the pot a little too much this weekend. Here’s Toto Wolff’s reply when Ted tried to chip away at Hamilton’s headrest issue.

You could waste an entire day trying to describe the Azerbaijan Grand Prix; turns out Daniel Ricciardo can capture it pretty well.