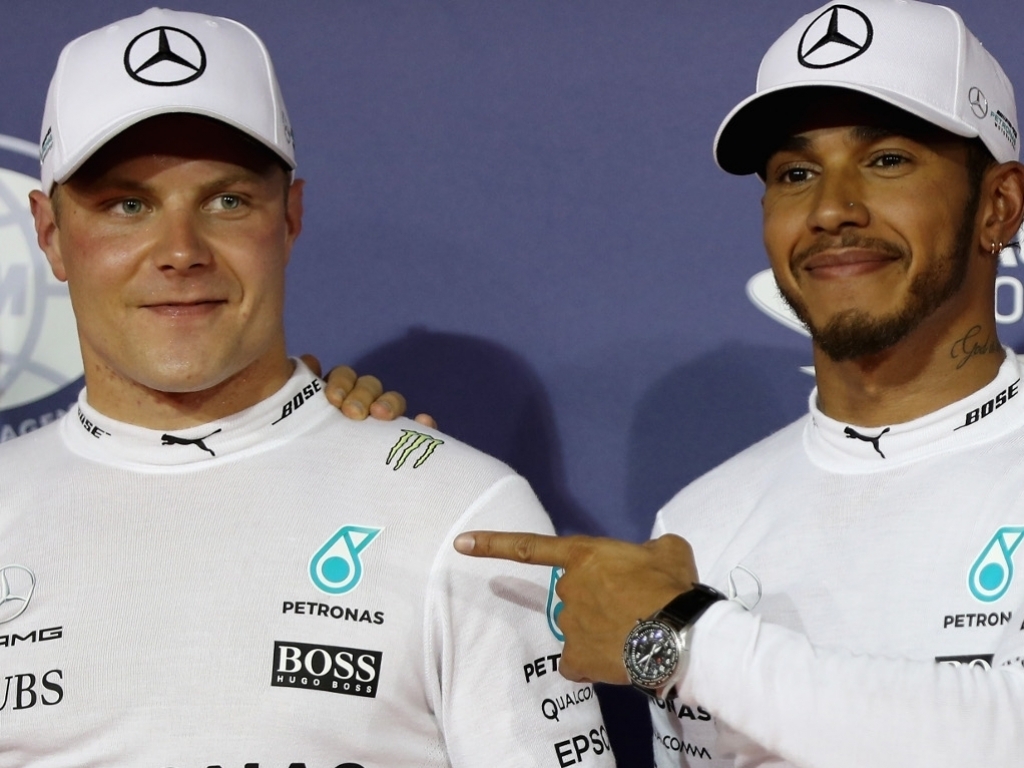 The Lewis Hamilton love-in continues, as does Kimi Raikkonen’s ability to be an internet sensation.

Button is (contractually obliged to be) back!

McLaren-Honda are in desperate need of some good PR and it came via the shock announcement that Fernando Alonso would be allowed to get as far away from the MCL32 as possible by driving at the Indy 500 rather than the Monaco Grand Prix at the end of May.

Discussion soon turned to who would replace him in Monte Carlo and, despite Lando Norris best efforts to get the gig, Jenson Button will be ending his sabbatical for what is thankfully just a one-off. No retired man deserves the weekend that he will have in store.

So… @McLarenF1. I hear you need a driver for Monaco ?? pic.twitter.com/LeQVuygmvz

“I was truly delighted when Jenson accepted our suggestion that he race at Monaco instead of Fernando,” beamed McLaren racing director Eric Boullier upon the announcement.

“It was an easy discussion, to be honest – very straightforward. He was the choice.”

Oh, but what’s this?

“He had a contract with us anyway.”

Sort of takes the shine off, doesn’t it?

It took “two minutes” for Button to ‘agree’ to return to the driver’s seat, which does not sound the least bit impressive when he has a contract that says he has to fill-in in someone’s absence.

There was so much reaction to Fernando Alonso’s Indy 500 switch and Jenson Button’s return that it was easy to forget there was actually a grand prix over the weekend.

And while the response to the shock news was a largely positive one, Chief Superintendent of the Fun Police Bernie Ecclestone was on hand to pop everyone’s balloon.

“I think if I could have persuaded McLaren not to go I would have done it,” said Ecclestone.

“I would have said wait until your contract finishes and then you can do what you like.”

Ecclestone also claimed that the new F1 owners do not want any input from him now he has been made chairman emeritus. Is it any wonder?

Red Bull boss Christian Horner joked that Alonso was “barking mad” to be going to the Indy 500 and that technical director Brown needed to “see a psychiatrist”.

Brown’s response? Well, it was nothing short of sensational…

Er… sorry Christian, which of us needs to see a psychiatrist?! ? pic.twitter.com/7nkmsUTfen

The quips didn’t stop there from Horner, whose hatred for T-wings reached new levels after Valtteri Bottas’ wing became a special agent and damaged the floor of Max Verstappen’s car.

“Absolutely ban it, get rid of them, illegal and all those things,” Horner said.

He may have to wait a little longer before he eventually gets his wish, but at least Mercedes did assure him that the T-wing had been reinforced and not even a baseball bat would bring it off again.

We would have paid good money to see Horner try.

“For me they are in a different category,” Sainz said of the gap to the top three teams.

“I don’t even look at them. It is stupid. It is a complete joke the way that we don’t race against them any more.

“It feels for me a bit of a pain, but I am sure if I was in one of those two teams I wouldn’t mind for sure.

Huge gaps between teams is nothing new in Formula 1 and resolving it by giving everyone similar engines is not what the sport is about.

Why Sainz suddenly felt the need to express this opinion is puzzling, especially when he will be setting his sights on joining one of the leading teams in the future.

Thankfully, though he did not stop there.

“But I think [Toro Rosso technical director] James Key is going to do a great job and we will bring some good upgrades and keep up some good battles.”

On the subject of frustrated drivers, that leads us nicely onto Kimi Raikkonen, whose weekend got off to the worst possible start when his overheated turbo forced him to come to a grinding halt in FP1.

Little did he know that his lonely walk through the desert and back to the garage would become an internet sensation.

? "I've been through the desert on a Prancing Horse in Bahrain…" ?

Quickfire round of guess the song anyone? ?#C4F1 #Bahrain pic.twitter.com/AyS0sEJlDg

Then another couple of gems…

And no matter what Kimi does, he simply cannot win.

At the track parade, he was asked for one word to sum up how he was feeling heading into the race.

Now that is his idea of a perfect question and he of course gives the perfect ‘bwoah’ response, a powerful word which has the ability to describe the feeling to any situation and still not lose any meaning.

That should have been the end of the interview there and then, but the interviewer sadly still pushed for a little more.

A sight for sore eyes

Ok, we need to talk about the on-screen graphics supplied by FOM. What on earth is going with them?!

Just a graphics glitch, though it looks like a few #F1 drivers have caught the @alo_oficial bug and decided to race elsewhere too… #F2 pic.twitter.com/QQIaViZ8d2

But, in all seriousness, you would expect a whole lot better from the new owners.

Unfortunately, you would not expect better from Sky Sports, who leapt to the defence of golden boy Hamilton after the Bahrain Grand Prix.

The chequered flag had barely been waved before the rather unnecessary article entitled ‘Was Hamilton’s penalty deserved?’ was published.

The answer, of course, was a big, fat yes. He broke the rules, he cheated, and rightly got punished. Simple as that.

The article at first was nothing more an opening paragraph with a poll attached to it, with ‘No’ winning for quite some time before common sense prevailed.

An updated version of the article included the small matter of Hamilton apologising to the team for the penalty and taking full responsibility, so even he thinks he deserves it.

But Sky didn’t stop there, oh no. The headline for the race report?

Not only insinuating that he was somehow the victim of his own stupidity, but the factor was deemed worthy enough to lead with.

Yes, the penalty had an impact. There is no denying that. But Ferrari’s strategy was absolutely spot on once again and had Mercedes in a tangle all evening.

With biased coverage like this doing the rounds it is not surprising that there is such a clear split of opinion on Hamilton.

What a difference a day makes

April 16: Hamilton allowed to pass Bottas twice and Hamilton doesn’t deliver on his promise of giving the place back after his mission to catch Vettel fails.