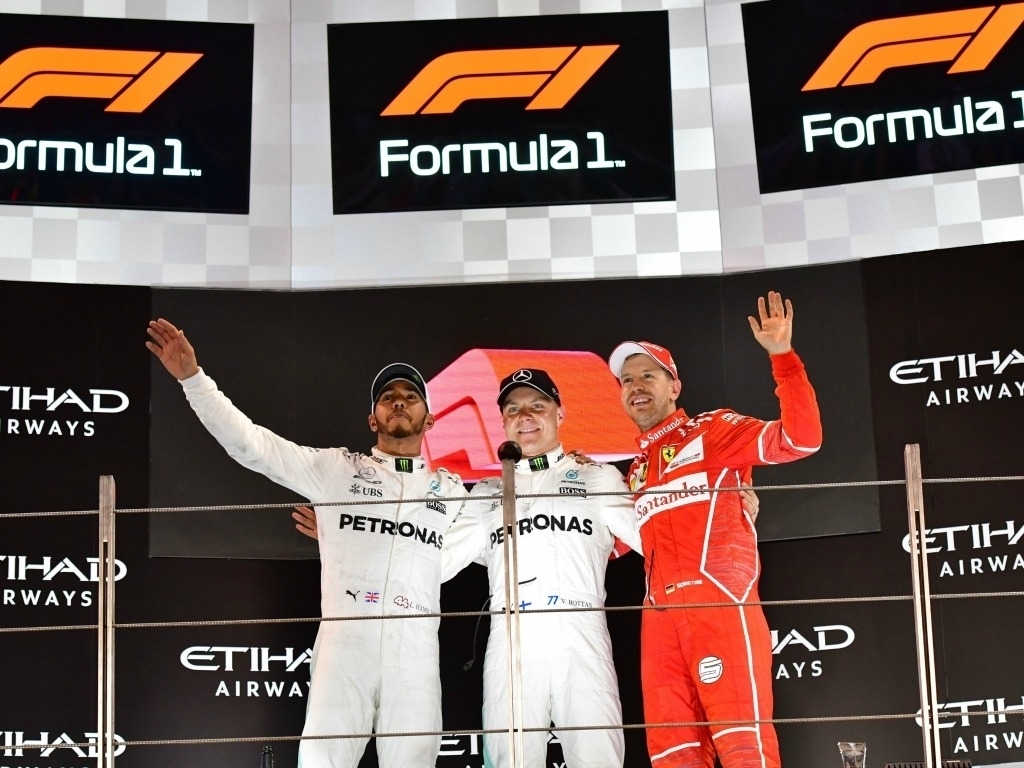 That was a pretty ugly end to a season that promised so much…and we’re not just talking about the race in Abu Dhabi.

We start the final Pit Chat of the season (sobs) with a certain Lance Stroll and his best mate Jacques Villeneuve, who had the opportunity to have one last dig at his fellow Canadian and seized upon it.

Ahead of the Abu Dhabi Grand Prix, Villeneuve was asked what Stroll needs to do in order to improve on his first season in Formula 1. His response? Well…

Villeneuve: “He needs to have a slower teammate. He needs to find a way to go faster.”

Now, Villeneuve is sometimes on the money when it comes to Lance, but this is up there with the most silly things he has said this season.

A slower team-mate would prove what exactly? How about a faster team-mate? One he can learn from and get better from? Surely that would be a more useful measuring stick?

“There is always room to improve. So I would not give myself a 10,” he said.

We’re off to a good start. Looks like Stroll is able to give an honest assessment of his season which is quite refres…oh, there’s more.

He continued: “I would say a consistent 8.5. We had a good season, got many points and some important results. A nine would be too generous.”

Oh yes, nine would be far too generous, so let’s go for an 8.5. Our eyebrows were raised so much that they have still yet to come back down.

There have been some incredibly dull press conferences this season, as is standard, but that only makes the good ones stand-out even more when they do eventually arrive.

Thursday provided a very good one with Sebastian Vettel, Lewis Hamilton and Daniel Ricciardo all cracking jokes in a relaxed atmosphere.

It’s not often that Danny Ric is beaten in these kind of exchanges, but Vettel gave it a damn good go.

There was a strong opener from the Aussie…

Before Hamilton shared a laugh with Vettel…

"I passed you a couple of times" 😉

You left yourself open for that one Seb 😂 #AbuDhabiGP 🇦🇪 #F1 pic.twitter.com/YqDPL6WkAI

But the Ferrari man stole the show with the following…

Q: "Lewis can you pick out a highlight of your fight this year?"
Hamilton: "Ermm…"
Vettel: "Shall we start with Baku? Break the ice?"#SkyF1 #F1 #AbuDhabiGP pic.twitter.com/8BiPKtWjZR

And the next has a little back-story to it…

At the 2014 Abu Dhabi Grand Prix press conference, one of, if not the greatest question of all-time was asked by this chap: Walter Koster.

May I introduce you to the legendary Walter Koster, who again today at Abu Dhabi asked the longest but most entertaining question in the FIA press conference. pic.twitter.com/ClKllQqqkZ

He had the drivers in hysterics…

Fast-forward three years and Koster is back with a just as long a question – but it was given the best response by Vettel once again.

Another unexpected bonus came in the form of Kimi Raikkonen appearing in a new advert. It popped up on our recommended videos on YouTube. YouTube knows us very well.

But if any clip sums up Kimi and that he is very much is own man. It’s this one, which actually proved to be the highlight of a very boring race.

Be careful what you wish for

Some more unexpected news arrived when Fernando Alonso announced that he has launched his own eSports team. He was watching the final of the eSports series over the weekend in Abu Dhabi; do you think it provided him one more chance to rip Honda? Of course it did.

But, after Daniel Ricciardo’s retirement in Sunday’s race, it may not all be rosy for McLaren-Renault next year…

Fun fact: A Renault or Renault-powered car has failed to finish in all of this year's races.

What fans were really ready for after such a dull and sleep-inducing race was the launch of a new F1 logo, 23 years after the last one.

The old graphics glitching on purpose was actually a cool way to build-up to the reveal.

But, for many, that was as good as it got, with the promo including that great intro [probably for the last time] which hyped us up for a race.

FOM wanted to create excitement and bring ‘fresh energy’ to the sport with a new logo. All they seem to do is p*ss a lot of people off instead, including the drivers.

Drivers on the logo…
"What's wrong with the old one?" – Bottas
"I liked the old one" – Vettel
"The old one was iconic" – Hamilton

So two of the sport’s most decorated champions bad-mouthing it within a few minutes of the launch. Not the reaction that FOM were particularly looking for.

Thankfully, an explanation about the new logo was forthcoming…

That’s one view when looking at it. All we see is this…

So original, so fresh #F1 pic.twitter.com/nvMjtPmfpi

The results from our Twitter poll were pretty damning as well.

Thoughts on the new logo?

RT for the old one
❤️ for the new one#F1 pic.twitter.com/GEpbCg3RMZ

Whilst we’re still a bit grumpy, let’s stay with that race – but not for too much longer we promise.

Actual overtaking? 🙊👌 #FormulaE is back next weekend in Hong Kong, tune in! 😉 #HKEPrix pic.twitter.com/YA2ofDE2bk

And if you want the best round-up of the race, look no further than BBC Five Live’s commentary:

Well, that’s that then until Australia next year. We’ll finish with a nice farewell video to Felipe Massa…

Feel that ❤️ @MassaFelipe19 – we will ALL miss you! #AbuDhabiGP #F1 pic.twitter.com/VjU6fmYr9H