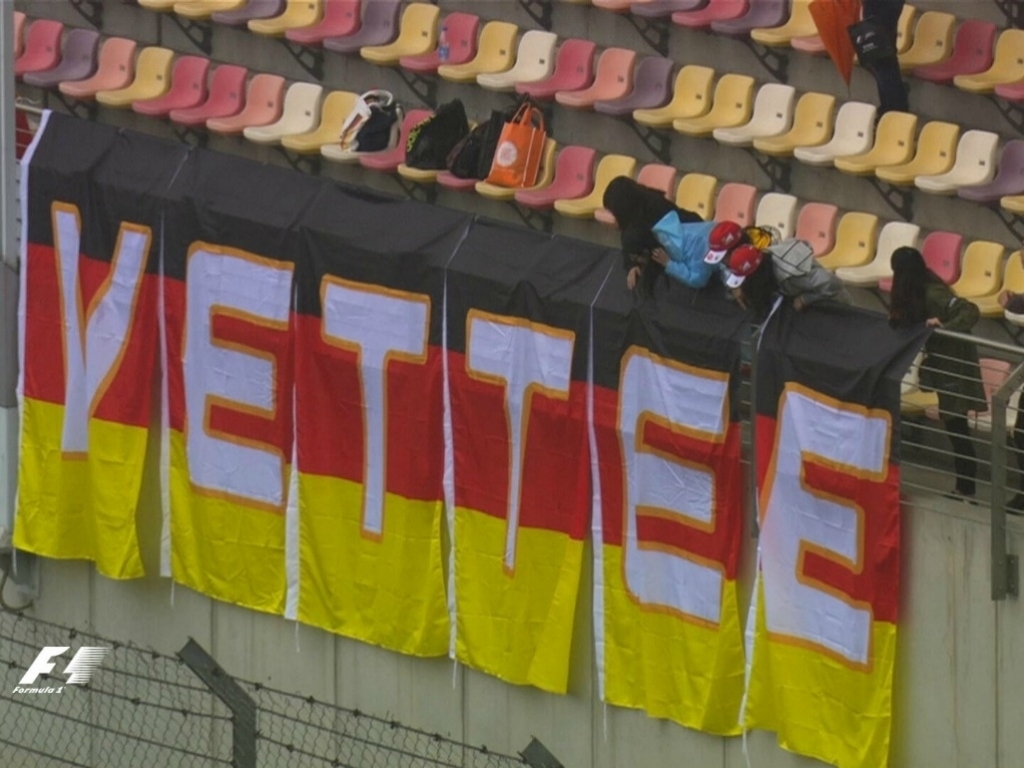 We begin in the deep, dark and murky underworld of Formula 1 which we must all survive a day or two in when we are in the middle of two grands prix.

With all the dust settled from Australia and the Chinese Grand Prix still a little out of reach, we hear from peripheral figures who you have probably not given a second’s thought to in quite some time: step forward…Eddie Irvine.

“He was already narcissistic when he first arrived to the Formula 1 show, but the admiration surrounding him prompted his current arrogance to blossom.”

“That’s how we behave…I was like that, so are Lewis [Hamilton] and Fernando [Alonso].”

Now while many misinterpreted this as a massive dig at Vettel, the real takeaway from his comments was Irvine – winner of four races in 147 starts – casually putting himself in the same bracket as three drivers who have won nine World Championships between them.

If anyone’s arrogance is still blossoming…

Meanwhile, at the world’s most expensive breakdown recovery service, McLaren-Honda are somehow finding new ways to embarrass themselves.

If finishing with a DNF and a stone-dead last in Melbourne wasn’t bad enough, then came Eric Boullier and Yusuke Hasegawa to make matters even worse in the build-up to China.

“The characteristics of the Shanghai International Circuit are very different from Melbourne, and its long, fast straights will likely expose the weaknesses in our package,” said Boullier ahead of the race.

Whilst it is still puzzling to see what can be gained about making comments such as these, the only characteristic needed to “expose the weakness” of McLaren in China was the fact that the Shanghai International Circuit is a race track and they had to put their car on it.

But, in this instance, whatever McLaren can do, Honda can actually do better…

Yusuke Hasegawa has said Honda thought developing McLaren’s 2017 engine would be “too easy”.

“As a matter of fact we were thinking [it was] too easy, and it was too difficult to achieve the new technology – that was my mistake,” said Honda chief Hasegawa when asked about developing the 2017 engine.

Yes, because the first two years of the McLaren-Honda relationship went really well, didn’t it? They built such a strong platform to ensure that the team could navigate their way through the new aerodynamic regulations with their eyes closed.

The level of ignorance and complacency is quite astounding, and these comments alone should provide enough evidence that you really are much better off by keeping your mouth shut in such dire circumstances.

Formula 1 is no stroll

From one calamity to another, Williams rookie Lance Stroll is certainly finding out the hard way as he tries to find his feet in Formula 1.

Two races, two retirements, and while neither were his fault, his comments after he was shunted off track by Sergio Perez on the opening lap in China suggests a change of attitude is needed.

“I was hit from the rear at turn ten and that was the end of my race,” Stroll said.

“I was in front, knew the corner was mine and had to turn in eventually.”

No, Lance, the corner wasn’t yours, unless your billionaire father bought it for you. The race stewards declared the collision as a racing incident and that is exactly what it was.

There is only one driver acting like a spoiled brat at the moment…and it’s not Vettel.

Not too far behind in the competition to be Formula 1’s biggest moaner is Jolyon Palmer because everyone and everything is against him, you see.

Incredidbly fortunate to retain his Renault seat for this season in the first place, the Brit is already under pressure to keep it for 2018.

His tweet after been given a five-place penalty for failing to slow down enough under waved double yellows sent out completely the wrong message.

Not going my way at the moment. P9 in FP3 but yellow flags cost me in qualifying and now a penalty means I start at the back.

Not going your way? Or just being overshadowed by a far superior team-mate in Nico Hulkenberg?

If Palmer still can’t finish ahead of someone who had to serve a 15-second penalty in the race in China then the problems are probably a little closer to home.

Smog, fog, or a combination of the two, meant that FP1 and FP2 largely became a battle of stifling yawns. But at least we will always be able to re-live the great drama that was ‘The Case of the Missing L’.

‘Toto Wolff lifts lid on Mercedes: This is why we’ll struggle in the Chinese Grand Prix’ read the Daily Express headline which will have sent Mercedes fans far and wide into a state of shock.

So, what was the problem on the eve of the race? Did they find a fault with the engine? Were the brakes malfunctioning?

Oh, it was the weather. The same weather that every other team had to deal with, too.

There is an awful lot of doom and gloom at McLaren-Honda, but Fernando Alonso provided some more memorable moments in China as he once again managed to drag that wretched MCL32 into the points before having to retire from the race.

Alonso asked what animal he pushed like: “An elephant!”

And while a lot of the ‘banter’ between teams on social media is vomit-inducing, Alonso’s reply to Mercedes’ tweet certainly raised a smile…

And poor, old Valtteri Bottas still has a little way to go before he becomes ‘one of the lads’ at Mercedes, it seems…

But we all know it takes time to settle into a new team, don’t we, Lewis?