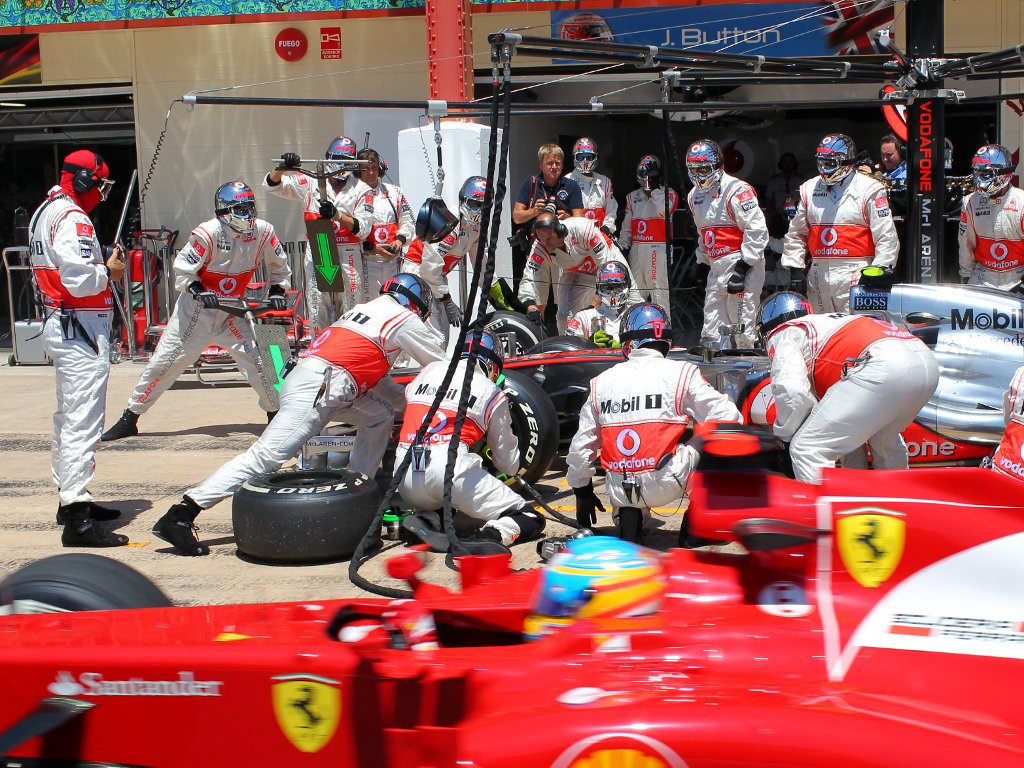 Former F1 team boss Eddie Jordan believes McLaren shoulder some blame for Lewis Hamilton’s DNF as had it not been for a bungled pit stop, he would have been further up the road.

Hamilton crashed out of Sunday’s European Grand Prix on the penultimate lap when he was hit by Pastor Maldonado as the duo fought over the final podium position.

The Valencia stewards blamed Maldonado for the accident, slapping the Williams driver with a 20s penalty that cost him tenth place.

However, Jordan reckons some of the blame belongs to McLaren, who botched Hamilton’s final pit stop which dropped him down the order and into Maldonado’s clutches.

“I believe the poor pit stop cost Lewis the race because he would have been clear of Fernando Alonso, and Pastor Maldonado would have not got anywhere near him to knock him out of the race,” said the BBC pundit.

McLaren’s latest pit stop bungle was the result of a new front wheel jack, which failed meaning the car was dropped before the front tyres were on.

It is just the latest in a long line of pit stop errors made by McLaren this season.