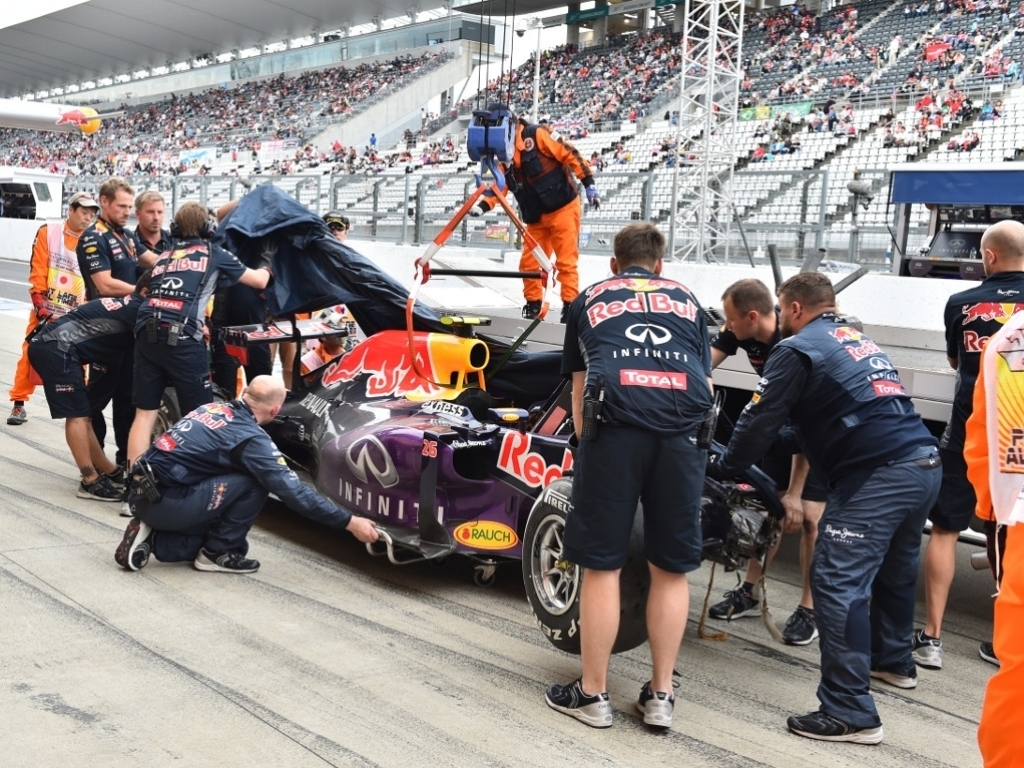 Daniil Kvyat will start the Japanese Grand Prix from the pitlane as he requires a new chassis following the "hardest" crash of his career.

The Russian was on his final flying lap in Q3 at Suzuka when he lost the rear of his Red Bull and touched the white line just before the hairpin. It resulted in a heavy shunt into the barriers, which caused his car to flip 360 degrees.

Thankfully he emerged without a scratch, but his team will now build a new chassis, which will result in a pitlane start.

"Clearly, we will have a very long night producing a car for him to race tomorrow," team principal Christian Horner said. "He will have to start from pit lane and has nothing to lose so he will be running an aggressive race."

The 21-year-old Kvyat admitted afterwards that it was the biggest crash of his career, but also held up his hand for the mistake.

"It was quite far the hardest for sure," he said. "I never had a car crash until now – maybe in karting. I never rolled."

He added: "I’m feeling more disappointment than pain. I put two wheels on the grass and there was not much run off area at that point so it put me straight into the wall.

"I was pushing hard after a messy FP3 and this is the consequence of going over the limit. The car looks really bad and I’m sorry for the guys who have already had a tough couple of weeks and now they have even more work to do."