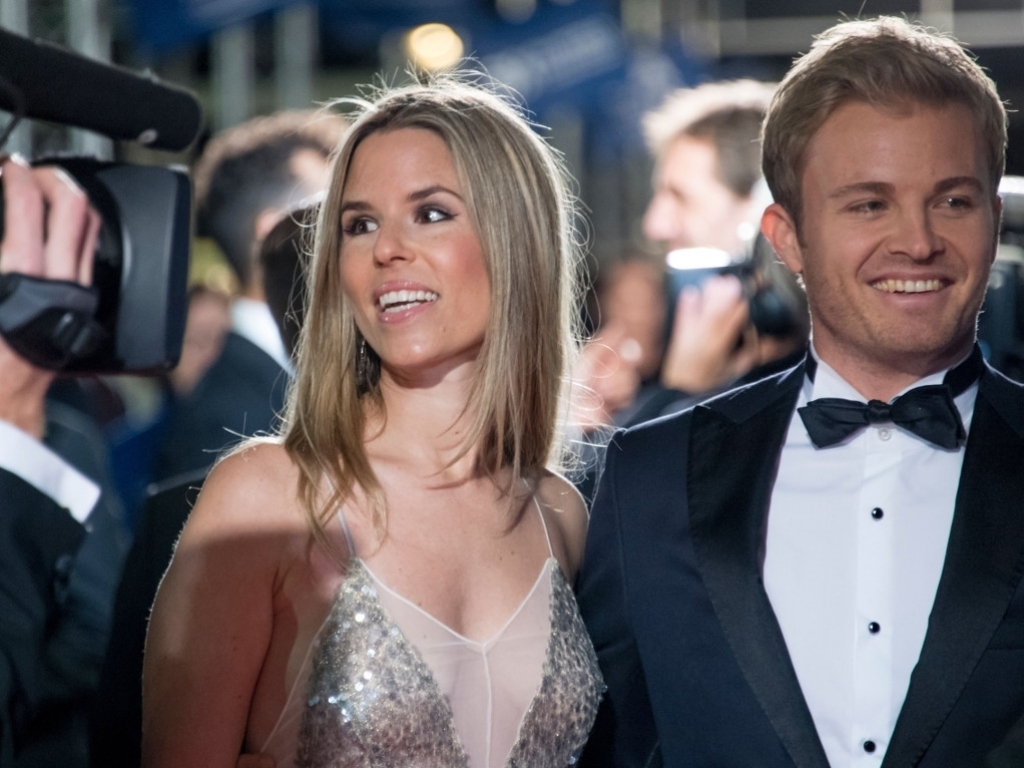 Get your black bow tie out, it’s awards season. The FIA and Autosport have had their awards ceremonies honouring the great and the good. So it’s PF1’s turn to honour some of the lesser achievements of 2016. And we do mean lesser.

Dullest Race of the Year Award
For the race during which most fans switched over to watch darts, curling or ‘Cash in the Attic’.
The Grand Prix of Europe*, Baku, Azerbaijan
*Using the Eurovision Song Contest’s definition of Europe

The Alain Prost “My Car Is A Truck” Award
For the driver who hated his F1 machinery the most
Romain Grosjean – Haas. Judges were unanimous that Romain Grosjean’s constant bleating about the balance and particularly the brakes of the new Haas VF-16 made him the winner. Contributions from Grosjean included: “This is the worst car I have driven in a very long, long time.”

The Eddie Irvine ‘Three Wheels on My Ferrari’ Pit-Stop Calamity of 2016 Award
For the pit-stop with the most dire consequences
Daniel Ricciardo, Red Bull, Monaco GP

Worst-Honoured Contract Agreement of 2016
For a signature that meant absolutely nothing
Nico Rosberg – Mercedes
At the end of July, Nico Rosberg signed a two-year extension to his Mercedes contract worth £50 million. The accompanying headline read: ‘Rosberg Extends His Rivalry With Hamilton Till 2018’

The Pastor Maldonado Award
for the driver providing the most work to the team’s fabrication department
Kevin Magnussen, Renault, Spa
Although this was a close run thing with Fernando’s exceptional performance at the Melbourne GP in Australia, where he shook loose most of his McLaren MP4-31, Magnussen edged it for completely destroying his race car at Spa.

The Juan-Pablo Montoya Award
For unnecessary swearing on Team radio
Sebastian Vettel
This was awarded for both his year-round performances, and in particular judges cited the Mexican GP as an outstanding delivery of inappropriate and career-threatening comments.

The Kimi Raikkonen Award
An award given for being Kimi Raikkonen and saying things with withering sarcasm that only Kimi would say:
Kimi Raikkonen on team radio in Singapore: “What do you want me to do in the pits. Go faster?

The Rene Arnoux Award
For consistently ignoring the blue flags and holding up faster drivers
Esteban Gutierrez
In support of the award Daniel Ricciardo said, “Esteban’s my favourite, I love this guy.”

The David Attenborough Award
For the presence of wildlife at an F1 circuit in the face of barriers, mesh fencing, and the absence of accreditation. Previous winners Montreal (Groundhogs), Austria (Reindeer).

Singapore GP
As Max Verstappen said: “There’s a giant lizard on the track – I’m not joking – out of Turn 3…”

Media Section
The Murray Walker Award
The most prestigious award in the media section, this goes to the on-air broadcaster who produces what seems like a normal sentence, then adds a subclause at the end which makes it very funny. Murray’s great strength.
BBC Radio 5’s Jack Nicholls: “Win number 21 for Nico Rosberg puts him ahead of fellow Finns Mika Hakkinen and Kimi Raikkonen, although of course Nico Rosberg is German…”

Nicholls was also responsible for:

BBC Radio 5’s Jack Nicholls: “Hulkenberg came in with front damage, Bottas with rear wheel damage, you don’t have to be Miss Marple to work out what happened there.”

Encouraging Diversity in F1 Award
“Very rarely does the fairy mechanic come out and fix the car on the circuit.”
David Coulthard, C4

The Justifiable Withering Sarcasm Award
“That Renault engine, or that Tag-Heuer unit, as they were calling it before they had a modicum of success.”
Jenny Gow, BBC R5

Stating The Bleedin’ Obvious Award
”Apparently he couldn’t turn left, which is somewhat limiting on an anti-clockwise circuit.”
Ben Edwards C4 – talking about Hulkenberg’s retirement at the US GP:

The Babar Award
“I was trying to do it with elephants, 1 elephant, 2 elephants, 3 elephants and I got to six elephants…”
Allan McNish, BBC R5 – talking about his own personal method for counting the time Nico Rosbeerg needed to serve as a pit-stop penalty. Rosberg was actually stopped for 8.3 elephants.