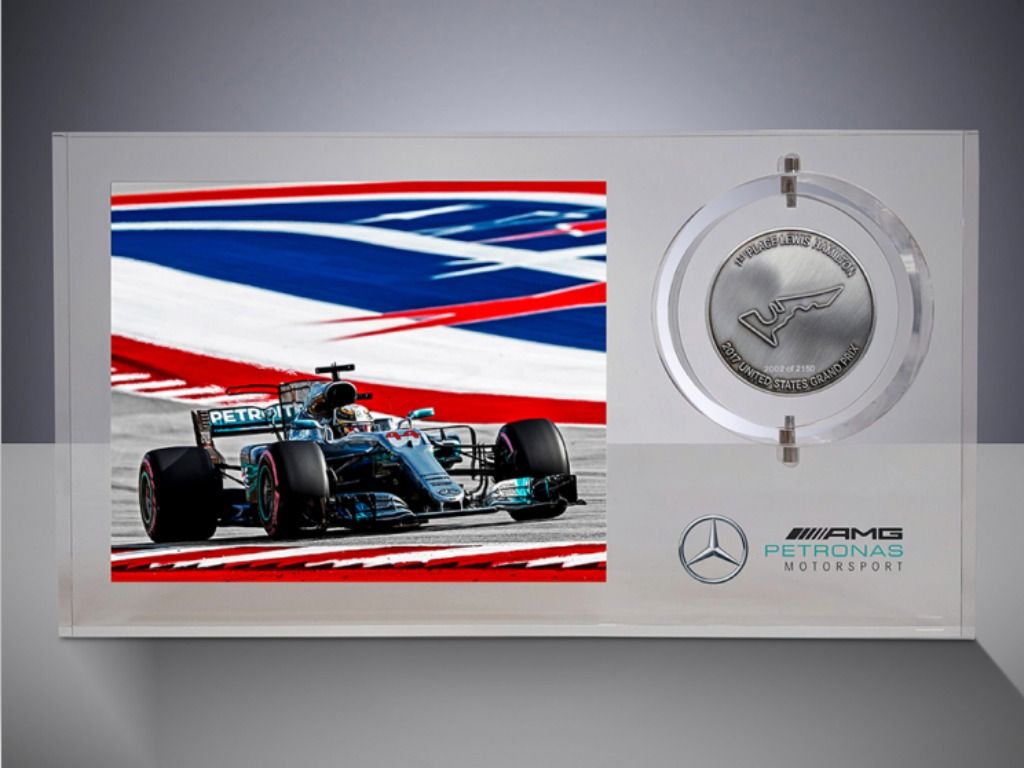 New in the PlanetF1 Shop are the first of these unique medals; providing fans with an official piece of the Silver Arrows that has never before been made available to the public.

Lewis achieved a clean sweep of pole, race win, and fastest lap in Silverstone in 2017 and his 2017 win at Austin secured the team’s Constructors’ Champions title.

The intricate medals have been encapsulated into high-optical acrylic, together with an official team action photo of Lewis Hamilton. You can even spin the medal within the acrylic to view all sides of this official team heritage.

Both medals are strictly limited-edition pieces.

Get yours in time for Christmas here in the PlanetF1 Shop.