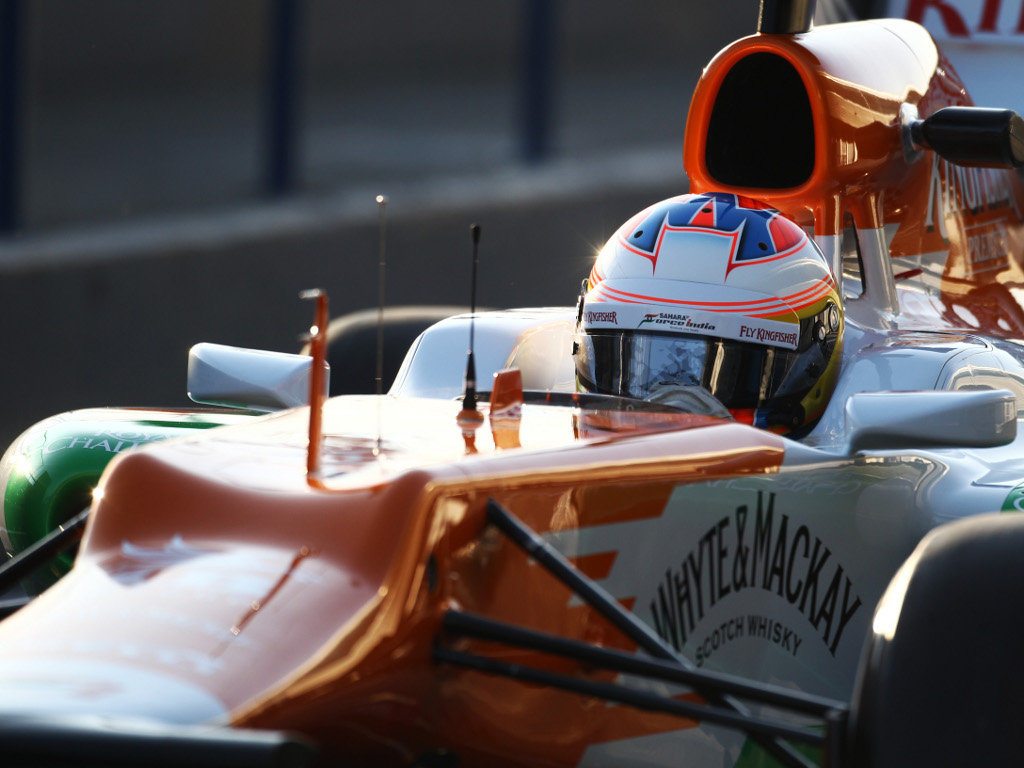 Paul di Resta believes Force India’s hard work during the off season has helped the team to take a massive step forward.

After finishing sixth in the 2011 Constructors’ Championship, the Silverstone squad are determined to improve further this year, and if the first day of testing is anything to go by, then the only way is up for them.

Di Resta, who completed 101 laps in his VJM05, finished second behind the Lotus of Kimi Raikkonen on Tuesday with a time of 1:19.772.

“We got through all our programme, and a bit more, because we had a good approach,” he is quoted as saying by PA Sport.

“It was all fairly good and we can be relatively happy with the work we’ve done over the winter and what the guys have achieved.

“All the fancy engine modes have gone, as have the exhausts, and we’ve lost a ton of downforce, but the car is well balanced.

“That gives you encouragement that what has gone on in the background, with simulations and stuff, is working well.

“If we look where we were a year ago compared to where we are now, it is a massive step up the road. It’s almost three seconds.

“All I can say is it was a very productive day. We can be happy with what we’ve done. It’s a good starting point to work away.”

Despite his impressive start, Di Resta insists it is not about the timesheets at this early stage of season.

“All this test is about is gathering information. It’s not about performance,” he said.

“Somebody asked me earlier ‘Who was fastest at this test last year?’ and I didn’t know, and then they told me it was Rubens (Barrichello, then with Williams).

“That’s all this test is fundamentally about, correlating what is happening back at the factory to ensure the next upgrade we bring before Melbourne works.

“So you just need to make sure the car is the same as the information you are getting from the wind tunnel.”