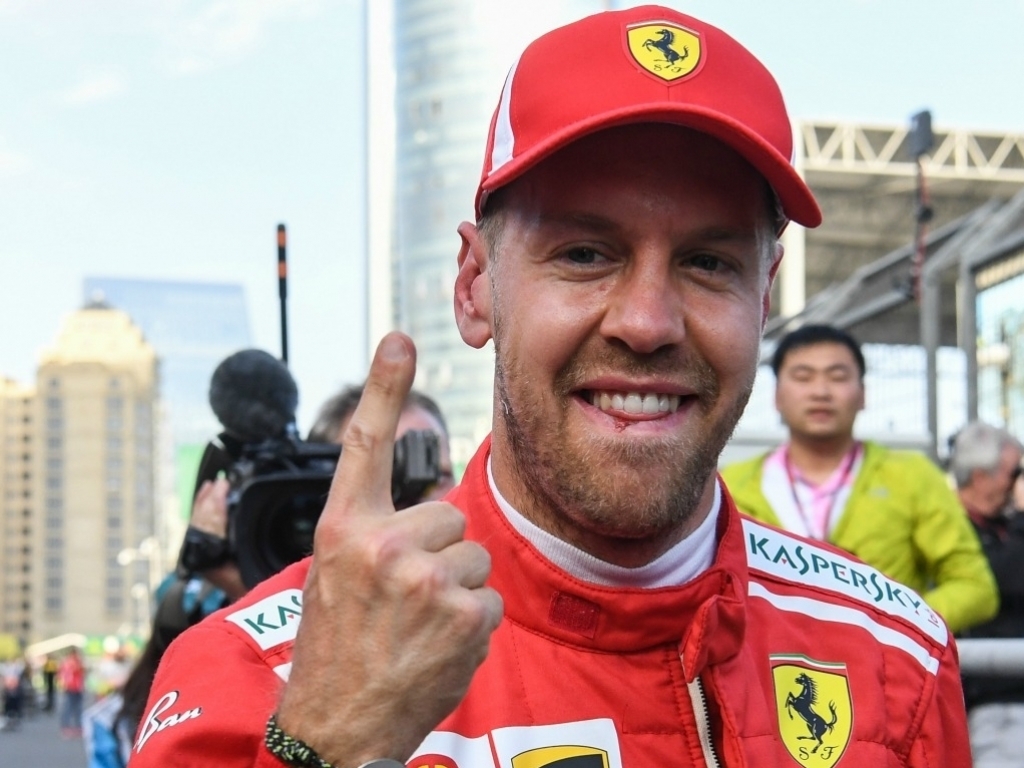 Sebastian Vettel is expecting an "intense" race in Baku after landing a third consecutive pole position for the first time since 2013.

Vettel put together a blistering lap on his first attacking run in Q3 and his 1:41.498 proved to be unbeatable as Lewis Hamilton closed to within a tenth and Kimi Raikkonen squandered his pole position opportunity with a mistake at Turn 16.

"I felt the car was good Q1 and Q2 so I knew in the final session I knew I have the car to do what I want," Vettel said.

"The first lap I was really happy. Fortunately that was enough."

Vettel thinks an action-packed afternoon is in store on Sunday and, with Raikkonen down in P6, he could potentially be vulnerable to the two Mercedes and two Red Bull cars in behind.

But he is getting more confident with the car after a sluggish start to the race weekend in FP1 and FP2.

He added: "It will be an intense race. Anything can happen here and Safety Cars are likely.

"The good point is that our car was really good this afternoon so it should be in a good place tomorrow.

"Yesterday I struggled a bit with confidence and trust in the car and rhythm but today, when it clicks, it just keeps coming."