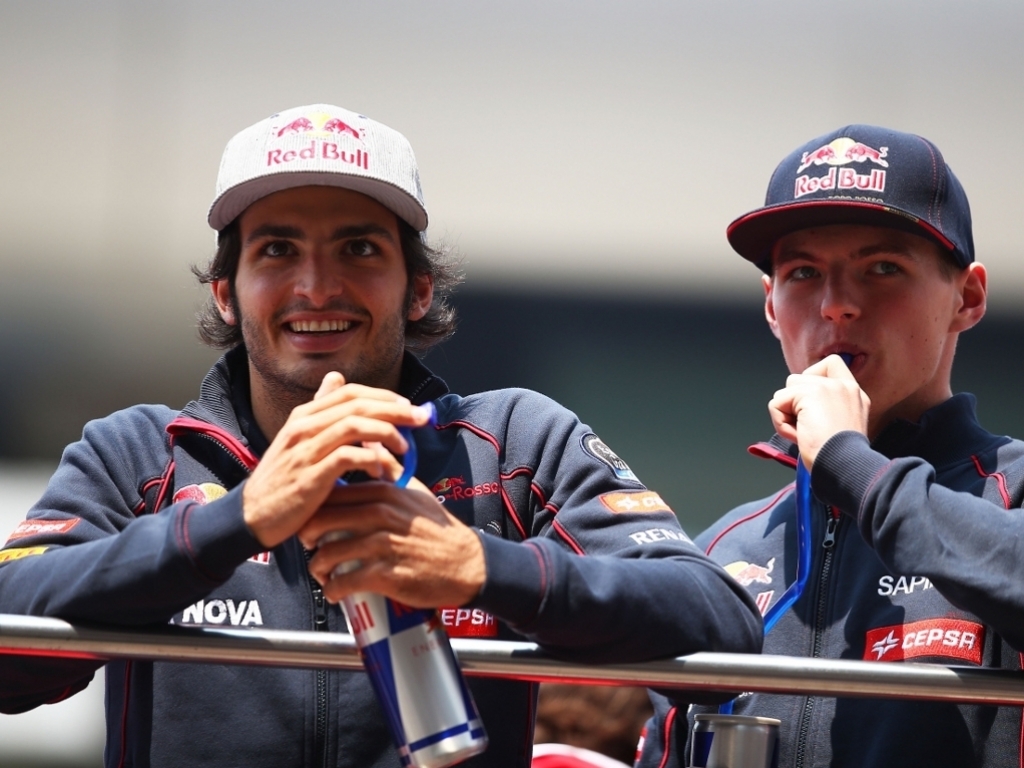 Team principal Franz Tost has hailed the atmosphere at Toro Rosso while he also believes the squad have "two fantastic drivers".

It is easy to see the reason for the optimism in the Toro Rosso camp as they have made a solid start to the 2015 season despite opting for F1's youngest ever driver line-up in Max Verstappen and Carlos Sainz.

The Faenza-based squad have been very competitive so far and even beat sister squad Red Bull in Malaysia.

"Feelings are positive, we know we have a competitive car, we have two fantastic drivers, who are doing a really good job, who are confirming the expectations that Red Bull and Toro Rosso expect of them," Tost told Formulaspy.com.

"The team is also improving. And so far up to now, we are in most of the races quite competitive and I don’t know if it is confidence, or that we are close to them (Red Bull), but generally speaking the team has improved in comparison to last year and this is quite positive."

The 20-year-old Sainz and Verstappen, who is the youngest F1 driver at 17, have already scored 15 points between them, but have produced several excellent displays.

"They are performing at the level we expected, or otherwise they would not drive for us. Both drivers are highly skilled, very committed, real positive attitude and up to now have had a steep learning curve," Tost said.

However, Tost and Toro Rosso have nurtured the likes of Sebastian Vettel and Daniel Ricciardo in the past and he knows his current drivers still have some way to go.

Asked about a timeframe to develop drivers, he replied: "Two to three years. Why do I say this? You come to Formula 1 and the first year you just have to learn from the driving side and race tracks. I am not talking about the corners, they know the corners. I am talking about what angle to go over the curbs in qualifying, then in qualifying runs, the sun is shining more, when it’s colder…how to use the tyres more. What does the tarmac look like? It is changing everywhere. You cannot expect from a driver on their first day to know everything. He can’t know everything.

"So… when they work with the press, work with the sponsors, the marketing side they learn a little bit of everything in the first year.

"The second year you look a bit more deeply into different things. You learn the complete environment of Formula 1 more.

"The third year you know you must do this, this, this to become successful. And then you are ready to be fighting for victories, Championships, whatever. That is the reason why. This is simply my, personal plan, my personal point of view how long a driver needs to understand Formula 1 because Formula 1 is quite complex. How you can get the most out it, most out of the engineers, most out of the car, most out of the tyres. Now you are organised."