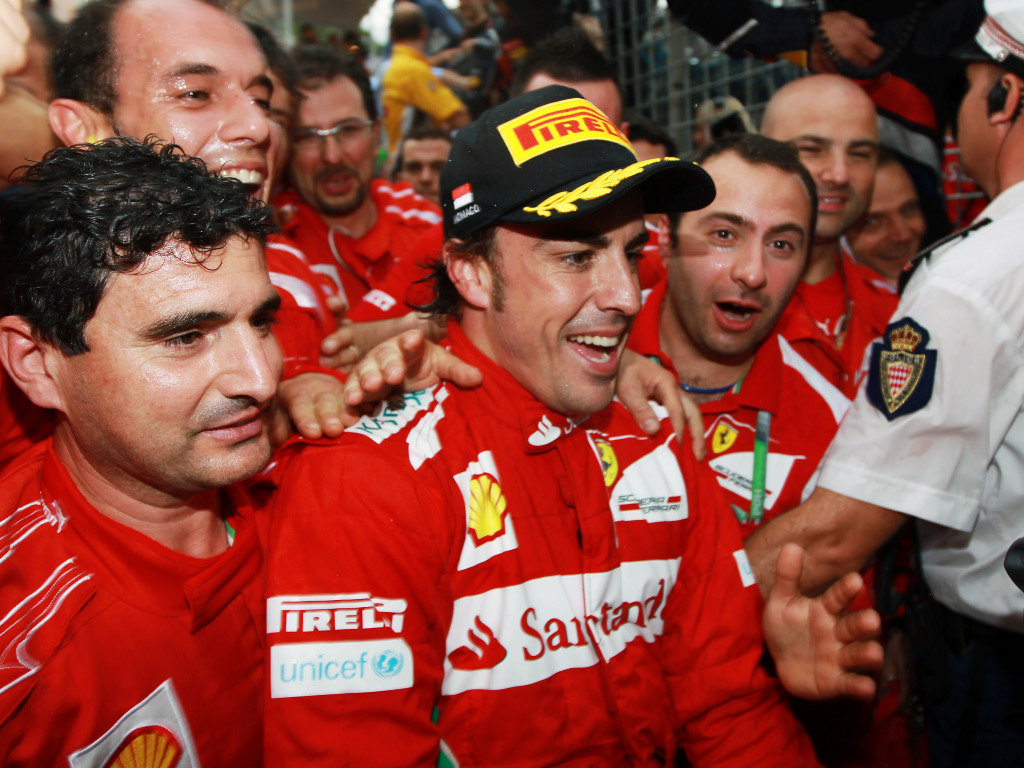 There is an upbeat mood in the Ferrari camp after the team took another major step forward at the Monaco Grand Prix.

After being well off the pace of the front-runners in both qualifying and on race day in the opening few grands prix of the season, the Maranello marque decided to put in extra work and it has paid dividends.

The team made major changes to the F2012 at the Mugello test and it has helped to transform their fortunes as Fernando Alonso started and finished P2 in Barcelona while in Monte Carlo the Spaniard claimed a P3 with his team-mate Felipe Massa crossing the finish line in sixth.

Alonso, who leads the Drivers’ Championship with 76 points after six races, admits things are looking up for Ferrari after a difficult start to the 2012 campaign.

“I was happy all weekend,” the double World Champion said.

“On Saturday I noticed some disappointment around the result in qualifying.

“Because we had been strong in free practice people expected us to be fighting for better positions in qualifying.

“But inside the team we were extremely happy. We were fifth and seventh, with both cars in Q3 for the first time this year after fighting to get through in some races a month ago.

“So we definitely had a very strong weekend with good qualifying positions and good race positions as well.

“We even overtook other teams in the Constructors’ Championship with some good points.

“So I’m happy for that, happy for the direction and momentum we seem to have retained from the Mugello test (at the start of the month).

“Everything seems to work, unlike at the start of the season when some of the updates were negative and we were a little lost.

“We are still not the fastest out there, so the pace is something we need to improve, but I’m happy with the direction we are going in.

“Everything we put on the car now seems positive.”

“In terms of pure performance of the car we had a very difficult start, but now I am very happy we are leading the Championship,” the Italian said.

“With such a close championship we need to make sure we don’t lose points because if you do it is very costly with so many competitors and drivers fighting for the win. You have to be always there.

“On the other hand we have a situation where we are not happy because we want to improve the car.

“Other cars have been on pole position, but we have not, so that has to be a target for the team.

“If and when we are fighting for pole, or we are on pole, then the race is totally different.

“This is something we need to keep focusing on, to make sure we are working in that direction.”