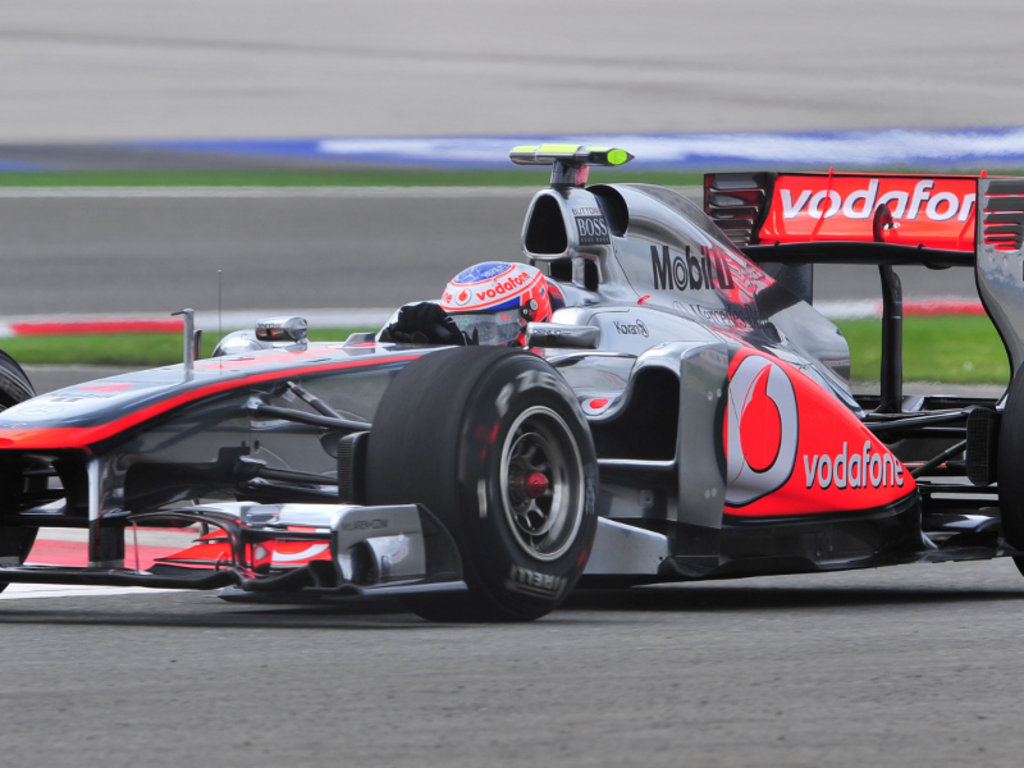 Jenson Button set the pace in Friday’s second practice, making the most of the dry conditions to edge Nico Rosberg.

However, with Fernando Alonso heading into the garage with a hydraulic problem and McLaren heading in after their early running, it was left to Mercedes GP to set the pace with both Nico Rosberg and Michael Schumacher taking a turn in the P1 slot.

The McLarens, though, soon returned, taking the fight to the Mercs with the two outfits exclusively occupying the top four slots through the final thirty minutes of the session and, more importantly, when the chequered flag fell.

Mark Webber was fifth ahead of Felipe Massa while Alonso finished down in 11th place.

Report: With the rain having let up ahead of Practice Two, the afternoon session in Turkey got underway with the track relatively dry and the temperature sitting at 21’C. Bad news coming out of the Red Bull garage is that Sebastian Vettel, who crashed in FP1, will most likely not hit the track this session.

The drivers were quickly out on track with Sebastien Buemi the first to lead the way. He was overhauled by Rubens Barrichello, who in turn lost out to Lewis Hamilton. A 1:30.970 for the McLaren driver. Felipe Massa took over from Hamilton before he was dropped by Buemi. Hamilton returned to the front of the pack with a 1:29.030 while Vitaly Petrov took second place and Fernando Alonso third.

More changes as Jenson Button improved to second with Felipe Massa taking third. Meanwhile, Hamilton lowered the benchmark to a 1:28.345. There were problems for Team Lotus driver Jarno Trulli who had pieces of bodywork flying off his car as he rode the bumps.

Button was the next in the P1 slot, a 1:28.222 for the McLaren driver. However, his reign was short-lived as Nico Rosberg took over – just 0.007s up on the Brit. Michael Schumacher followed his team-mate up the order, taking the P1 slot while Alonso was stuck in his garage as his Ferrari mechanics worked on the hydraulics of his car.

Petrov took over at the front before Rosberg returned to the P1 slot, this time with a 1:26.961, half a second up on the chasing pack. Mark Webber took second. Alonso returned to the track after Ferrari repair his F150, however, he was soon parked on the side of the track. The marshals pushed his car down the pit lane with his mechanics then taking over, hoping to resolve the Spaniard’s issue.

Button rejoined the action, taking the lead with a 1:26.456. Hamilton went third behind Rosberg and ahead of Schumacher. Maldonado’s day came to an early conclusion when he went off the track, opposite side to where Vettel had his crash earlier in the morning. Schumacher got caught out by a Force India and spun his car, ruining the tyres, before heading back to the pits.

Friday’s running ended with Button ahead of Rosberg, Hamilton, Schumacher and Webber. Felipe Massa was sixth.