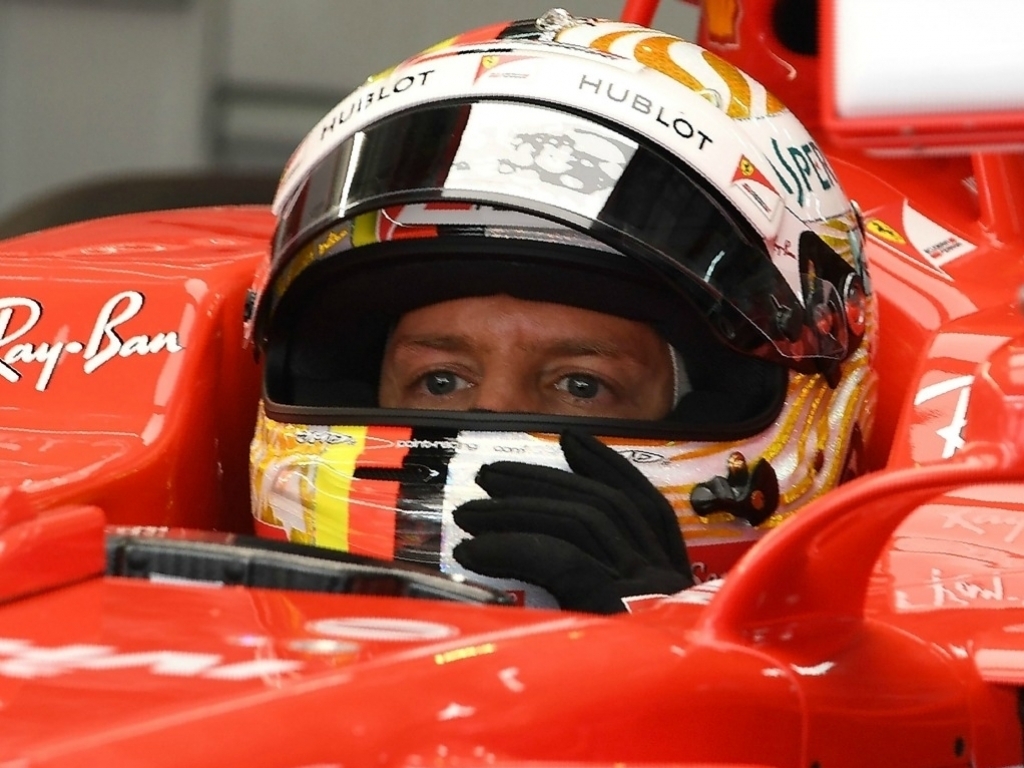 With Mercedes out of the picture, it was left to Ferrari and Red Bull to battle it out at the top with the former coming to life in drier conditions.

Sebastian Vettel: “This morning we had a bit of mixed conditions and there was not so much running. This afternoon it was better and the cars seemed to be quite ok right from the beginning of the session. Then we tried something new, but unfortunately we couldn’t complete our programme as we had wished to, because of the red flag. We’ll see what we can do tomorrow. It’s only Friday, usually the day when you spend time trying various things on the car. We would have liked to drive a little bit more, but overall it was a decent afternoon. We have a good car and it’s up to us to make it work in all conditions."

Kimi Raikkonen: "Today’s been ok and everything ran smoothly. In the morning we had wet conditions and only managed a few laps, and in the afternoon the session was cut short because of the issue with the track. It’s a pity that we couldn’t use the whole session and do more timed laps, because for sure we could have further improved. But the car was feeling good: I made some mistakes on a new set of tires but apart from that it was a pretty straightforward day. Lap times don’t mean much today, as obviously we don’t know what everybody else was doing."

Daniel Ricciardo: "It was interesting in these conditions but it was actually nice to get these runs in the wet and dry today. We were both looking pretty good in the wetter conditions and on the intermediates we were at the pace and significantly quicker than everyone else, which we'll take. This afternoon we weren't that competitive looking at Ferrari, but it looked like Mercedes struggled as well. If we can focus on ourselves we can still improve; on the short runs we needed to improve the front grip and on the long runs we needed to improve the rear, so we have just got to find a better compromise with the set-up. Just looking after that I think will be the key on Sunday. I think if we can find half a second somewhere then we'll be in the fight, we have still got a bit of work to do but we were OK. If we get some light drizzle across the weekend then we'll be looking pretty good; I won't complain if Qualifying and the race is wet!"

Max Verstappen: "I think today was positive. Of course, compared to Ferrari it can be better but it's not a bad performance and we still end the day ahead of Mercedes. From my side, I was trying quite a few set-up changes on the car but those didn't really work on the new set of Supersoft tyres.I came in and changed the car but you always know that on used tyres it's not fantastic to do a lap, but I still improved my time by four tenths. For sure tomorrow it will be better but we still need to improve to beat Ferrari. I missed out on doing a long run this afternoon because of the red flag, so I will see with Daniel how he is feeling and then we will decide what we can do tomorrow to improve the car. Tomorrow I'm hoping for rain, not too much that we aren't driving, but a little bit would make things interesting."

Fernando Alonso: “We had a good day today. In the first session, we checked a few things on the car. We went out when the track was a bit less wet and managed to put it in third position… which was nice. In the second session, on a dry track, the car continued to behave well, and we had no big things we need to change for tomorrow. We tried several different configurations, and they proved all positive, so we need to go through the data tonight to decide what to do. The car feels good on this circuit, with a lot of grip when using the Supersoft tyre. We missed some running due to the red flag at the end of the second session, but that happened to most of the teams. We’ll try to catch up with that work tomorrow in P3, if it doesn’t rain.”

Stoffel Vandoorne: “The conditions were a little bit tricky this morning, particularly this Tarmac, which felt quite slippery in the wet. This morning, there was limited running for everyone, because we were all saving tyres – the weather for the remainder of the weekend looks fairly unpredictable, so we need to look after the wet-weather tyres. The session was cut short this afternoon because of Grosjean’s accident, so we lost a bit of track time. That meant we didn’t really gain an understanding of our long-run pace – we only did some short-run prep and didn’t do any long runs. Fernando and I tested some different-spec floors today. There was only one set available, and Fernando was running that today. It looks like a useful step forward. I’m looking forward to some more stable conditions tomorrow so we can carry our momentum forward.”