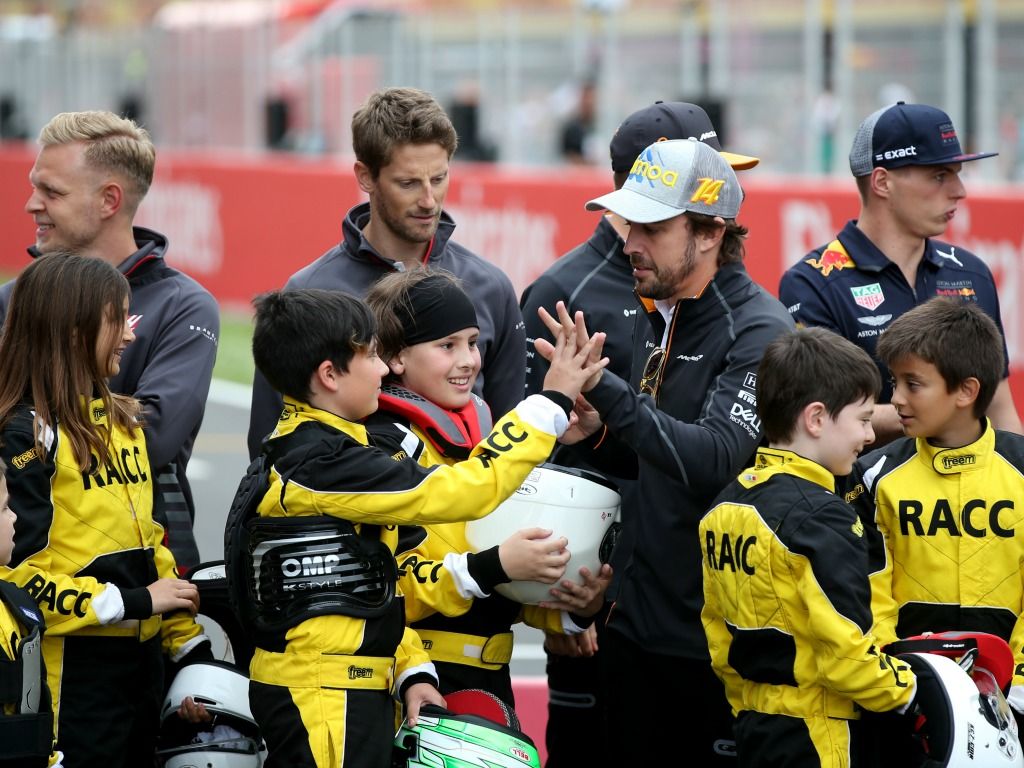 Both Haas cars finish in the top 10 in FP2 as McLaren trial some major upgrades ahead of this Sunday’s race.

Romain Grosjean: “It was an okay day. It was pretty good in terms of performance and classification. It was tricky with the wind, but we’ve been working with different setups – some are more positive, others a bit trickier. Generally, the car feels pretty good. I’m hopeful we’re going to make it even better for tomorrow and be able to go a bit faster. We’re looking into what we can do, and we’ve got some ideas. We tried some things that we’ve never tried before – they worked in some aspects, but not in others. We’ll change those and make sure the car’s a bit easier on the entry into the corners to be able to push a bit more.”

Kevin Magnussen: “Good day today. Happy about the car performance. A few things to improve tomorrow but, generally, I think we are looking quite strong.”

Fernando Alonso: “Seen from the inside, the upgrades we brought here are a step forward. There is more performance in the car – it felt better and there was more grip. Conditions were tricky today with the hot temperatures and especially the wind; we saw a lot of people going off track and I think it’s going to be the same tomorrow. It has been a positive Friday and we’ve tested everything we brought here. There’s still some debate about some of the parts, but we seem to be a little bit more competitive here than any of the other Fridays this season. We’ll have a clear reference tomorrow about how much we have really improved compared to everyone else. It’s going to be cooler and there’s even a threat of rain forecast for Sunday. We possibly have a chance to make it into Q3 tomorrow, so let’s try and maximise that.”

Stoffel Vandoorne: “It’s been a pretty good Friday for us. We had a very busy schedule in both sessions, with a lot of things to figure out across both cars, so it was pretty intense for the team but everything was very well-managed. The first feeling was positive today – it’s still too early to read anything as the midfield still looks really tight, but I think tomorrow will be the day that counts. The tyre compound selection also won’t be an easy decision to make. The conditions were very tricky out there and we saw a lot of mistakes on track, but we all had to deal with the same things and I felt okay in the car. Tomorrow, every tenth and every little bit of performance we can squeeze out of the car will be important for qualifying. It will be up to us to put everything together. The results today looked quite promising, but until we’ve pushed everything to the limit we won’t know exactly where we are. We need to understand everything we’ve learned today, put the car in the best specification possible and see what result it brings. I hope this is the start of continuous progression, and that we can build our season from here.”

Sergio Perez: “I think we’ve made a lot of progress throughout the day. We have some good information and we have learned about the new parts on the car; we have made a step forward. The balance is still not ideal so there is the potential to find more performance tomorrow. The track was very green this morning, but it improved this afternoon even though it was very windy.”

Esteban Ocon: “It was a solid day and a big effort by the team to try so many different things on the car in the first session. We managed to complete most of the big jobs and now we need to do more homework to understand everything. I think there is still a lot more to come because we are not exactly where we want to be with the car. Track conditions were not easy for anybody because it was very windy and difficult to put together a clean lap and stay on the track.”

Nico Hulkenberg: “It was a difficult quest towards balance and harmony with the car today but we definitely made progress by the end of FP2. Track conditions weren’t too favourable, especially with quite a bit of wind out there. The competition is pretty tough here so we need to find a bit more pace from the car looking to qualifying and the race.”

Carlos Sainz: “It was definitely a challenging day, but we knew this could happen as in winter testing we weren’t particularly comfortable in the car here. We know it’s a track which requires a bit of extra work from us as a team. We have a big margin of improvement for tomorrow, especially as my FP2 fast run on the Supersoft tyres was affected by a mechanical issue, so we have some things to analyse tonight.”