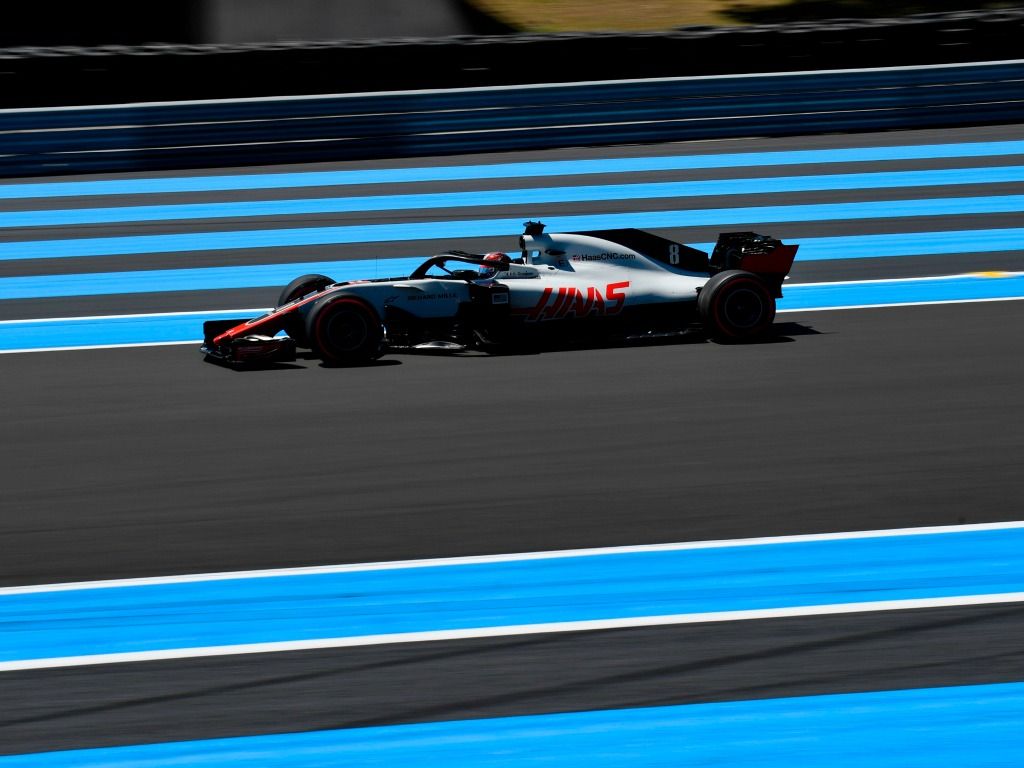 The Haas was the best of the rest on Friday, with Romain Grosjean reaching P6 in FP2. Brendon Hartley’s session was disrupted with a power unit problem, while Fernando Alonso ended Friday with a spin on his final lap.

Romain Grosjean: “It was a very positive day. I’ve seen a lot of French flags, and it’s been a very special feeling driving at home. The car’s been very fast, so I’m super happy with that. We’ve been doing some good laps. We’ve got a few things we can improve on the car, but it’s been a good start for the whole team. We’ll try to keep it as it is today, hopefully get some good performance tomorrow, and be fighting just behind the top-three teams.”

Kevin Magnussen: “It’s been okay today. The car looks competitive here, so we’re positive, but we have a bit to learn on tires. It’s always the main thing to focus on – getting those tires in the window. That’s what we’ll be looking at overnight. It’s a cool track – lots of a high-speed stuff and good braking zones. It’s actually quite a fun track. We’ll have to wait and see for tomorrow, see how things evolve. People improve – you never quite know where you are – but we want to score points this weekend, so we need a good qualifying for that. We’ll take it as it comes.”

Fernando Alonso: “Conditions were a bit tricky today – the wind played a big role in FP1, then changed direction this afternoon. The track is close to the seas, so we’ll get changeable winds all the time. It was a fairly regular Friday, spent trying to understand and learn the circuit and develop a good base set-up. The track is good; very smooth, the new asphalt is very grippy, which is always a help for a driver. I quite like the last sector, Turns 11 and 12 are quite challenging, so we may well see some action there on Sunday. There might also be a possibility to alter your racing line to follow the car ahead a little bit more closely. Let’s see if that results in some overtaking during the race. Due to the VSC at the end of FP2, we’re still missing a little bit of long-run info about the tyres – but we’ll try to recover that in tomorrow’s practice. There are a couple of set-up possibilities still to explore tomorrow, so hopefully we’ll be a bit more competitive.”

Stoffel Vandoorne: “To be honest, the first day back at Ricard was a bit of a mixed bag for us. The winds made it tricky for everyone – we saw a lot of cars spinning off – but we also weren’t very competitive in FP1. Then I had a much better feeling with the car this afternoon – the wind direction changed, and everything came together a little bit more for us. Our tyre degradation also looked okay; there was a lot of track evolution during FP2, which was probably related to the temperatures and the cars being able to put a bit of rubber down on the track. That’s something I think we’ll see continue to develop across the weekend. More than anything this weekend, we want to make some progress with the car. The last few races have been a bit tricky for us, so hopefully we can show something this weekend.”

Pierre Gasly: “It feels amazing to be driving in France for my home race, especially in my first full Formula 1 season! It’s been a really positive start to the weekend, finishing eighth in the first practice session and 10th in the second one, so we are looking reasonably fast. I think we still have some performance in our pocket, we need to work well and try to keep up the pace for tomorrow. The conditions were quite difficult early today, with strong winds changing between sessions, it was challenging to find the right setup. I think we’ve found the right balance and hopefully we can get a good result in qualifying, which would be great for my home race.”

Brendon Hartley: “It was a disappointing end of the first practice day for me here in Le Castellet, as something happened with the PU in the final minutes of FP2. I don’t have the exact details yet, but we had to cut the session short. Now the team needs to investigate and try to find out what exactly the problem was. However, I think it was a relatively smooth day before that. The pace has been pretty good across the two cars and Pierre has done competitive laps on the softer compounds in FP2. We definitely have potential in the car and we will work hard overnight to maximise everything for tomorrow.”

Nico Hulkenberg: “That was a productive day for us and it was enjoyable to be out there pounding in the laps in the sun. We made good progress with the car even if we had to deal with some indecisive wind which changed its direction between sessions. The track is good to driver and we saw a few people running over the limits on occasion. We learnt a lot and there is more to come from us tomorrow.”

Carlos Sainz: “It was great to get out there in a Formula 1 car at this circuit where I have raced in the past. There seemed to be a lot of traffic out there at times, but we were able to run through a good programme and make steps forward through the day. I am quite happy with the car but we know we can further improve it for tomorrow. It was great to see all the yellow in the crowd and I am looking forward to seeing more of this over the next couple of days.”