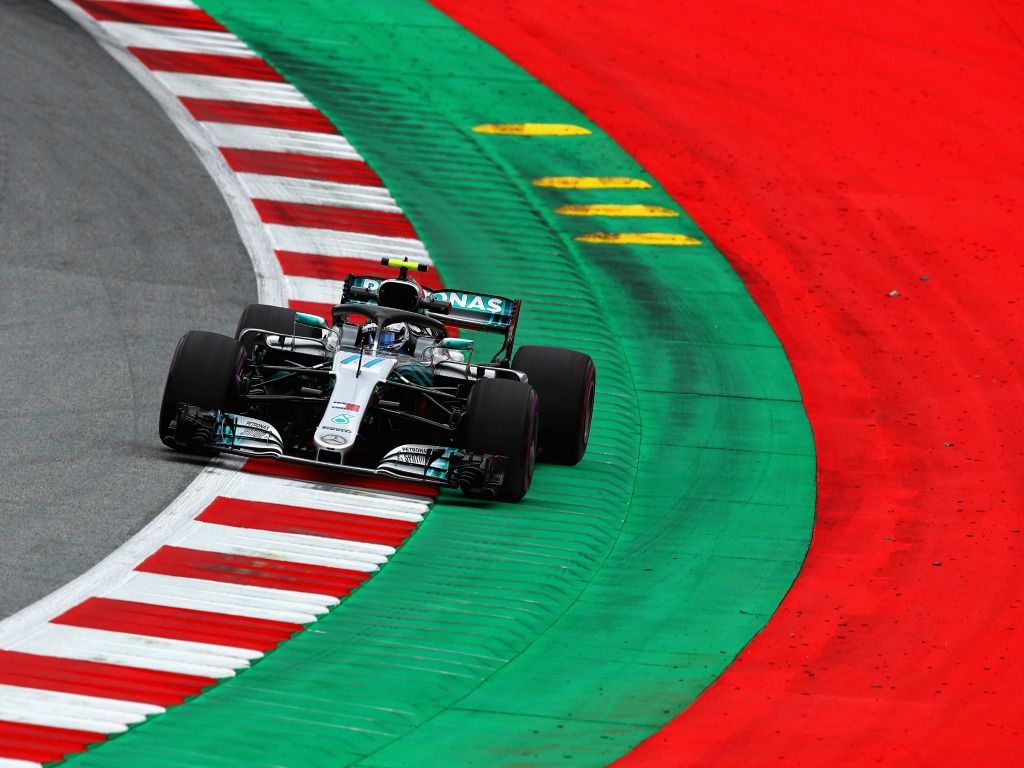 Mercedes dominated on Friday, with Lewis Hamilton topping both sessions and Valtteri Bottas in P2. The Ferraris and Red Bulls followed in behind.

Lewis Hamilton: “It’s been a good day so far – pretty straightforward with no real issues. There are not many corners here in Austria; it’s a very fast track and it’s very close between all the tyres. The harder tyre seems to be the better for me. It’s really great to see the updates; the guys at the factory have been working so hard to bring quality components. The car feels better in certain areas around the track which is already a step forward from last week. The car felt immediately better coming out of the garage in FP1 and also at the start at FP2. It got a little worse during the afternoon session and we will try to figure out why in the debrief. But, the car does feel good overall, so I’m sure we can rectify it. I’m going to keep pushing, trying to maximise a bit more out of it.”

Valtteri Bottas: “It’s been a good start to the weekend; we tried our new updates today and the initial feeling is that they work well. The team has done a really good job delivering the updates. Every single person has worked really hard on them. It worked exactly as expected which is down to all the hard work behind the scenes. Especially the rear end of the car was really stable today. Last year I had severe blistering on the rear left tyre which could potentially be an issue again as it is going to be warmer again this Sunday. So, it’s good that the rear felt stable today; however, we do still have a bit of balance work to do to get the most out of the car. Qualifying is really exciting around this track. There are not a lot of corners, so you need to nail every single one of them in order to make it to the front row.”

Sebastian Vettel: “We can always improve, but today I’m happy. The car was pretty good, so we’ll see what we can do tomorrow. On this track it is true that the kerbs can be ‘aggressive’ somehow, but today we didn’t have any issues and hopefully we won’t have problems tomorrow and in the race. We did a lot of laps, which is good, and usually on Saturday we can make a good step forward, so we should be well prepared for tomorrow and for Sunday.”

Kimi Raikkonen: “It was a normal Friday session. Obviously, we have some work to do to find the right set-up for tomorrow, like at any other race. It’s hard to judge our performance compared to other teams, because we don’t know what the other were doing, but in general it was not too bad. Tomorrow we’ll see where we are.”

Max Verstappen: “Today was a bit average. I sustained a bit of damage to the floor in FP2, running most of the session with that wasn’t ideal. I think it was sustained from vibration from the inside kerbs, not the big sausage ones. This compromised the feel of the car so resulted in a bit of a flat day. We need to work on the set-up as I feel we lacked a bit of speed through the corners, we know we are down on the straights so we need to make up for it where we can. This may have been a result of the balance not feeling quite right, we will look into the data this evening because at the moment I am not overly happy. The addition of a third DRS zone should help us come race day so if I can get the car where I want it then we should have fun. If the feeling is there with the car I think the tyres will work and everything should come easier. The kerbs are quite aggressive but they have been like that for the last few years so it’s not a surprise, they are the same for everyone so you need to avoid them. Of course they can damage the front wing but if a wall was there you would be in it, so you need to stay off them.”