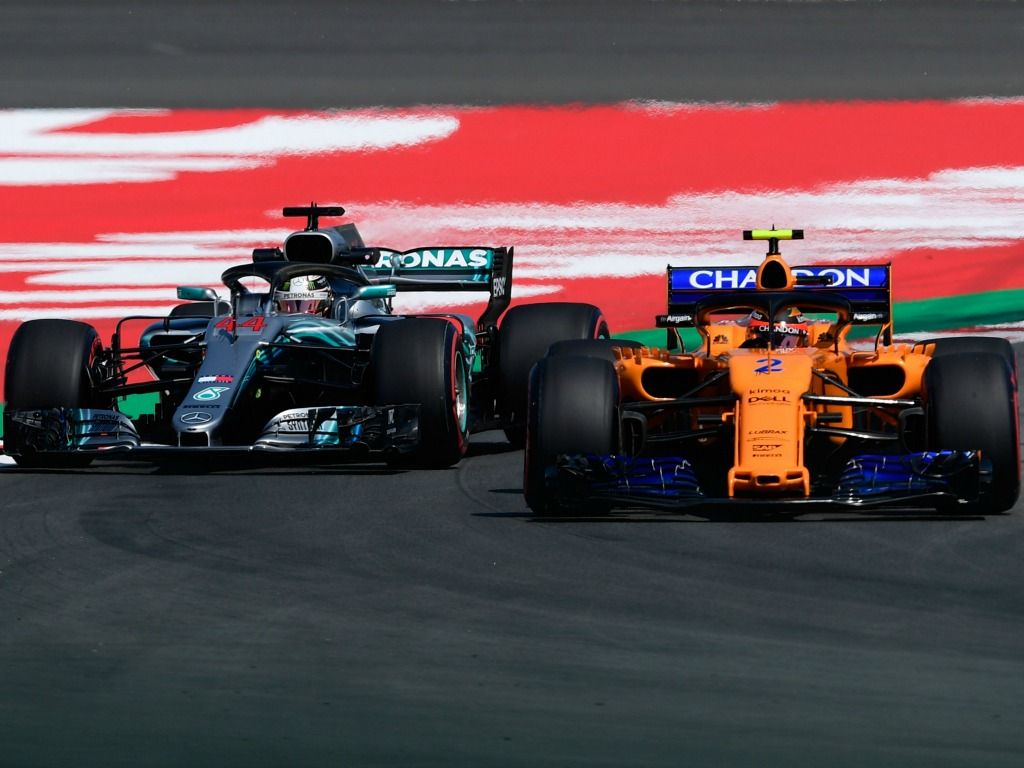 Lewis Hamilton: “The day was pretty good. We got through all our running and were quite fast compared to previous years [but] we’ve got some work to do overnight. It was so windy out there. Every driver was struggling with the changing direction of the wind. You’re constantly arriving at each corner and the wind direction is never the same, so we saw lots of drivers going off. These conditions make it very difficult to define where the set-up needs to go. I’m hoping that it’s cooler and calmer tomorrow. I think it is going to be relatively close between the top three teams but I can’t really say who is quickest at the moment.”

Valtteri Bottas: “It’s been a good day overall. FP1 was especially promising, the car felt good from the start. We made some changes for FP2 which didn’t improve the car. So we reverted back to the original set-up. I didn’t really feel any gain of grip with the supersoft compared to the other tyres. We will have to work on this area for tomorrow. Today has been a good start to the weekend, but things can change quickly from Friday to Saturday. Especially since Ferrari and Red Bull looked quick today.”

Sebastian Vettel: “Everything we put on the car seems to work and that’s important. I think the biggest change that has been made is on the tires, which seem to be quite different. I don’t think they are better than before. As for the changes you saw with the rearview mirrors, it is no big deal. Before, it was quite difficult for us to look at the cars behind. Now they are in a better position and I can see a little bit better below the rear wing. If you trust your car, there is no reason to try to push over the limit at this stage. Let’s hope we have the same trust as in Baku where I could get everything out of the car when I had to. Today it was quite slippery and gusty and it was a mixed day. We can still work on the car and I think we should be stronger tomorrow.”

Kimi Raikkonen: “Today the session was a bit messy but overall I think it was not too bad. The wind made it a bit tricky, but we know that, at this time of year, it can be like that. The tarmac was the same as we had in testing, but obviously the weather conditions are different. We all know this track very well but every time we come here it’s like starting from zero. We tried different things and learned from them and it was pretty ok most of the times. Maybe it was not the most straightforward Friday, but I think that more or less we know what we should do. At one point we had some issues and I was told by the team to stop the car. We still don’t know what happened, but we’ll figure it out. In the evening we’ll have some work to do; we’ll go through everything and understand. Tomorrow morning we might get a better idea and know where everybody is. I’m sure it is going to be close.”

Daniel Ricciardo: “It was a day of two halves. The car felt pretty different this afternoon and I think that showed. The mistake in to Turn 4 this morning was a costly one and I missed the final hour of the session because of it. Tail winds are a big thing in F1 and in any corners with a tail wind you lose a lot of rear grip. Turn 4 is a bad corner to have a tail wind and it caught me and a few others out. Of course you don’t want to crash but if I’m trying to find a silver lining, then FP1 is probably the best time to do it. FP2 is the one where you do your Race and Qualifying simulations.”

Max Verstappen: “You always want to improve but I think the car has been handling pretty well today. We didn’t experience too many issues and it looked competitive in the long runs. P2 and P3 looks good for us on paper but it is only Friday so we’ll keep pushing tonight to make some steps forward for tomorrow. The updates we brought here seem to be working so we will have to wait and see how much of an impact they have on Qualifying. The supersoft tyre doesn’t seem to be particularly quick and is hard to get working, that might change tomorrow but the soft seemed a better compound today.”