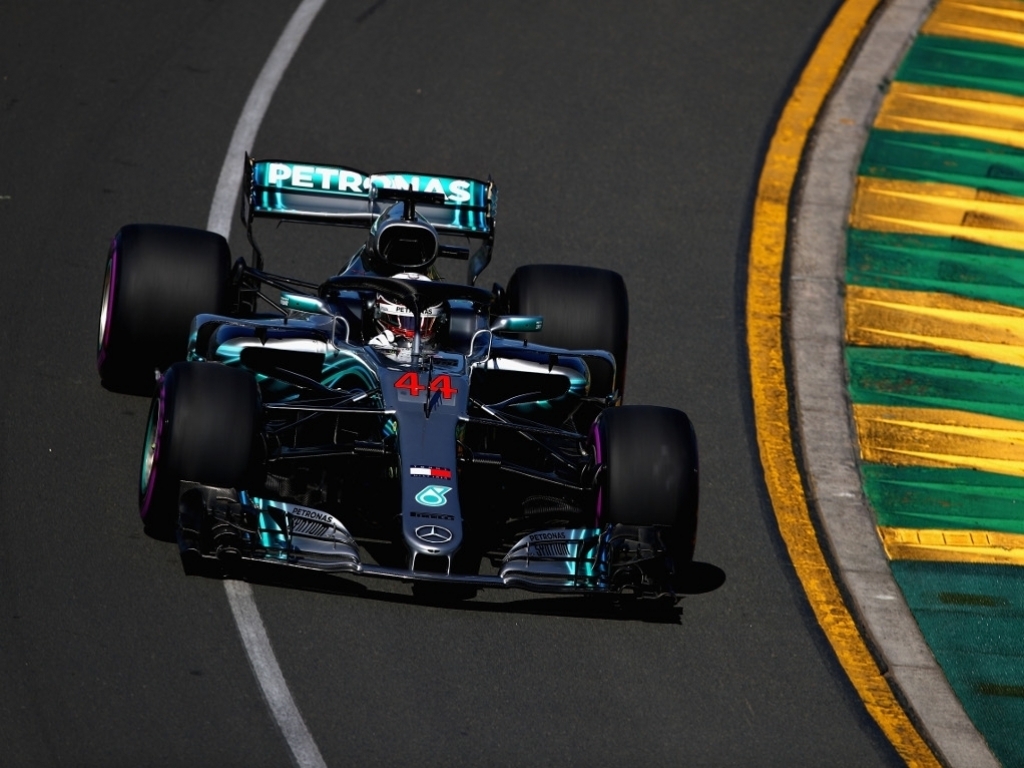 Lewis Hamilton topped both practice sessions in Australia, with Red Bull narrowing the gap and Ferrari not too far behind.

Lewis Hamilton: "Coming to the first race, you really have no idea what it's going to be like. You don't how you're going to feel physically, you don't know how the tyres are going to react to the circuit. But we started on the right foot today, we got through everything we needed. It closed up a little bit in FP2 in terms of the gap between us all, but that's exciting. It's more challenging for me to try and eke out a little more from the car. It's been such a nice day, Albert Park is a really beautiful place to be and work when the weather is like this. The tyres definitely didn't seem to have the same issue that we had in Barcelona where they were blistering, so it felt a lot more normal. Obviously the car is quicker here than it was last year, so it feels better everywhere. Turns 11 and 12 are crazy, we're not even braking into that corner, it's insane. It's going to rain tomorrow and on Sunday as far as I'm aware. I've not driven in the rain yet on these tyres, so that'll be interesting."

Valtteri Bottas: "FP1 was tricky for me, we had a bit of an issue with the suspension and also with the fuel system, so it was difficult to get a good comparison. I don't think these issues are something to worry about, just something we discovered in the session. In second practice the car felt a lot better but there's still more to unlock. I have to say thank you to the team because we are looking strong at this point, so I think it's a good start. It's good to be back on track and go racing. It's looking really close between us, Ferrari and Red Bull but that was more or less expected. Let's see what tomorrow brings. We got some information for the long runs if it's a dry race, we got some tyre data and we can see that a lot of things are behaving differently to testing in Barcelona because it's much warmer and it's a different tarmac. We've definitely learned a lot and we'll keep on learning."

Max Verstappen: “For me this has been a positive start to the weekend so I am really happy about that. The car has behaved well on this track which is always pleasing after only running in Barcelona to date. Of course we have only done two practice sessions so it is still hard to see who is strongest and how we will finish come race day. It is a bit of a guess when you come to the first circuit of the season. It takes at least two or three Grand Prix to understand what is going on, it then also depends on everyone’s development rate throughout the year. Race pace looks good, I think there is definitely some room for improvement and Mercedes look pretty strong, but I’m not concerned with how it looks at the moment. A little bit of rain over the rest of the weekend would help us out. Being wet means performance is less engine dependent and makes the power tricky to control. Our car is usually strong in the wet and I enjoy myself so fingers crossed we get some rain.”

Daniel Ricciardo: “The car was ok today but I was definitely happier with the long runs than the short. My low fuel run got cut short by the red flag, but to be honest, after doing about nine turns on that lap I wasn’t fully happy with the balance. I think I would have been a bit quicker than on the soft tyre and moved up from where we are but I still don’t think it would have been a P1 lap time. We still have a bit of work to do but generally it’s not been a bad day. I got a good feel for the car and I think tomorrow is going to be wet so I don’t know how relevant today will be. Looking at the times it’s nice to see that everyone seems to be pretty close and hopefully that’s the reality. It would be great if the top three teams and even Haas can be close as it would be a pretty nice start to the new season.”

Kimi Raikkonen: “It was a pretty normal first day here in Australia. Everything felt a bit different from testing, but it’s normal when you are in a different place. The track itself felt much better than last year, in terms of grip. It looks like there are a lot of leaves, but this doesn’t really affect the driving. It’s not easy to find a good set up, but the start today was not too bad. We tried a few things and did our best to improve here and there. We are considering which way we should go and trying to figure out the best way to do that. It’s a normal story, especially at the beginning of the year. Let’s see what the weather brings tomorrow. Tonight we’ll go through all the work we have done today, we’ll pick all the positive things and see what we can do."

Sebastian Vettel: “It’s been a rather dull day of work, like every Friday. We tried to chase the balance because I didn’t feel completely comfortable at first, but I’m not worried about that because I know that if we do everything right, the car should be in better shape. It looks like we are close, which is good news, so we should be able to do something tomorrow. This track is particularly tricky, in that if you don’t nail it at first, then there is quite of bit of lap time to be found, and I think we still have much potential to extract. The car is fine; it’s not where we want it to be yet, but if we keep on working, it should be ok. I really hope to make a bigger step than the others."