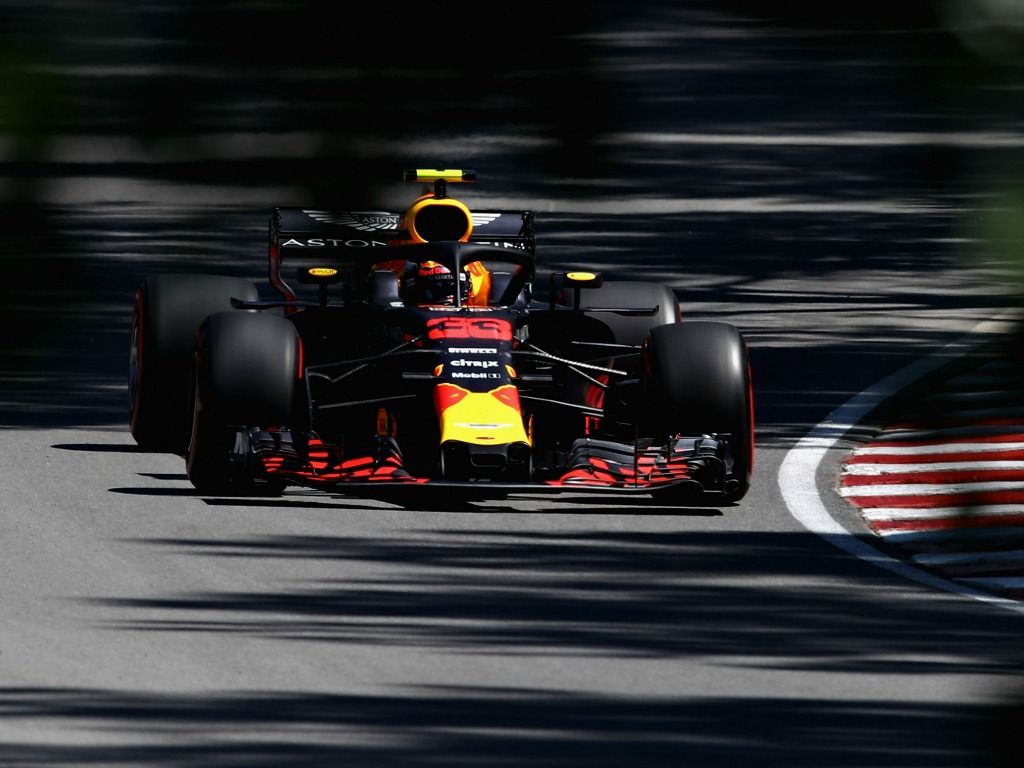 Max Verstappen: “It was a good day. The car is working well but we’re still lacking a bit of top speed. We could see that in the long runs. Especially Mercedes they’re looking very quick there. But I think we are not too far away so just generally a positive day. The car is working really well, we didn’t need to change a lot setup wise. It means that it’s working, and you just follow the track. Second practice we were still there so it’s good, we did our whole programme with long runs so it’s good.”

Daniel Ricciardo: “Max had a good day and I think Mercedes look really strong. The time they did on the ultras was quick, so on the hypers I think they would have got into the 1 minute 11s. We will see tomorrow. Hopefully we will just get a smooth P3 and will have to force a long run as well to see what the tyres are doing. We didn’t really get a long run today. But Max’s pace was good and we will be OK tomorrow.  We had what looked like an electrical problem. We had some problems this morning and they tried to fix it during lunch but it didn’t improve. So we had to try and fix that. In the end it was a bit better so we made some improvements. So we missed some track time but we will kick on tomorrow.

Kimi Raikkonen: “This track is not the easiest to get things where you want them. It’s not straightforward and we expected that. It’s very bumpy, not just with all the bumps, but also with the kerbs to ride over. The combination of low downforce and low grip can make it very difficult. As for the Hypersoft tyres, at least we have a better idea of how they work. They’re good on one lap and then last quite a few more. We’ve been improving during the day and that proves that we’re going in the right direction. For sure we have some work ahead of us, but I was a bit happier at the end of the session.”

Sebastian Vettel: “We’re not far off although I am not entirely happy yet and there’s still some work to do. In the end I didn’t do many laps today and I think we were running a bit late. It is difficult to get to know all the answers, I think we need some more time to get everything together and then we’ll see what happens. We tried various things, but there’s still something we have to work on. I didn’t get into the rhythm, but tried to go through as much of the programme as we could. In the end, we need more time to get a better picture of the situation. Hopefully, putting everything together can help us tomorrow. Now we’ll stay focused on the work to do.”

Lewis Hamilton: “It’s been a beautiful day. The weather has been fantastic, the track feels amazing and better than ever. I don’t know if we’re faster yet than we’ve ever been, but I’ve really enjoyed it. We didn’t have any problems. It’s such a fun track to drive. It’s not always that we start right out the box but it just started right. There are some things we just needed to adjust along the way. Making small increments from one time to another it always feels a little bit different, but it’s been good. Ultimately we don’t have as many hypersofts as everyone else. They have to select it quite far ahead from our test when the tyres didn’t last, I think that’s the information we got then and we planned for a different strategy. Everyone else I think has got eight sets and we’ve got four or five. But tomorrow hopefully we’ll get a good feel on it and it’s not too dissimilar from what we’ve been driving today.”

Valtteri Bottas: “I think the day was better than it looks. If you look at the times It doesn’t look that amazing, but the car felt really good. We are still yet to try the hypersoft tyre, which are going to be quite a lot quicker and tomorrow we will find that out.”