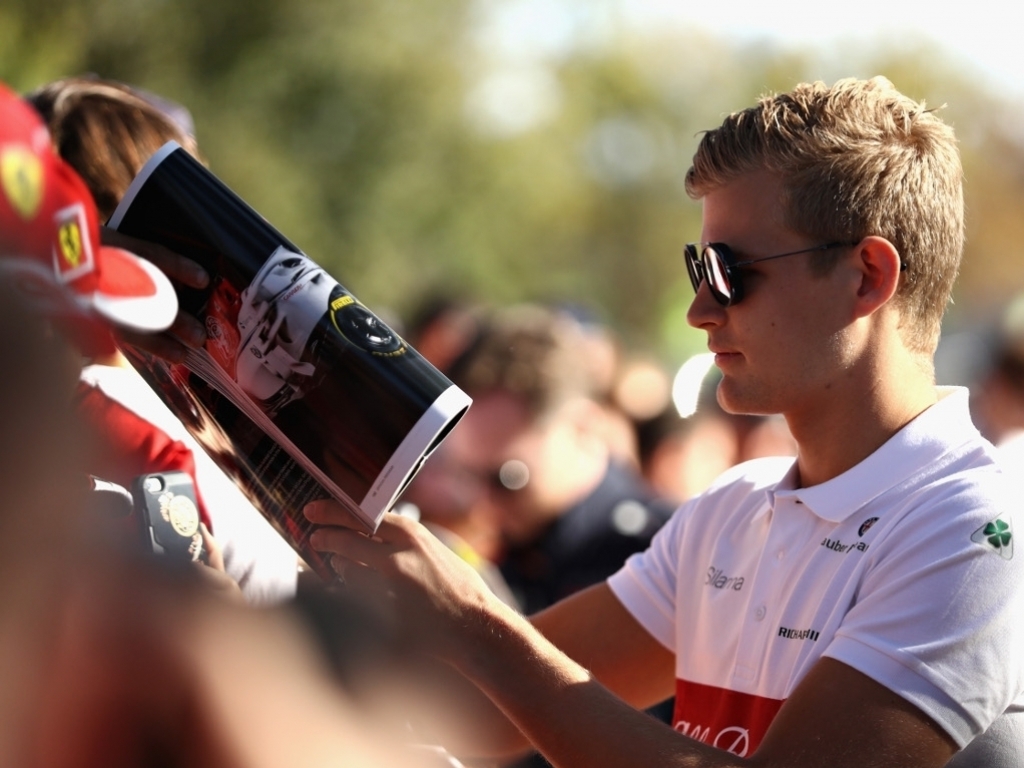 It was the usual suspects toward the back of the field in practice; Sauber’s Marcus Ericsson suffered a gear box problem.

Lance Stroll: “I have great memories from here in Baku, and I am not going to lie, it was a little emotional walking back in the paddock. It was a tricky day for everyone. We saw a lot of lock-ups and a lot of yellow flags. There was a lot of traffic out there, as expected, but it was still a positive day in many ways. We are still not where we want to be. At the same time, we saw some improvement in FP1 and then in FP2 we dropped back a little bit, but it is still much better than where we were over the last few events. I think there is still a lot more to come, so we will see tomorrow what the others do and where we are in the field.“

Sergey Sirotkin: “There’s a very big contrast between the beginning of the day and the end. FP1 was positive with the work we did and the information we collected. It was good to have both cars in the top 10, so that was a good start to the day. We were less lucky in FP2. I was a bit limited with the amount of tyres I had, because I had just one qualifying tyre and the rest were used primes, so that didn’t help me get the best from the low-fuel performance runs. The high-fuel runs were very messy with the traffic. I did a couple of clean laps, but I don’t think we got the best numbers for the life of the tyre, and for the wear, and overheating. That’s a bit of a shame because it started very well in the morning, but this session was one of the worst so I’m quite disappointed with that.”

Pierre Gasly: “The first day in Baku – it’s a street circuit so it’s quite challenging. It was pretty tricky on my side because we only had four or five good laps in FP1. We had a couple of issues, so I didn’t run much but I’m pretty happy with the car as we ended the session P9. It was a good beginning to the weekend even with the track being very dirty. The track then improved in the afternoon but I struggled a bit more. We’re fighting with the balance and the grip and at the moment it doesn’t feel so great. We have some work to do tonight to try and understand how we can improve. It’s so tight between everyone in the midfield, so we’ll have to give it all in FP3 to be ready and get a good result in Qualifying tomorrow.”

Brendon Hartley: “Today was a pretty clean day! It was a new track for me and I had some good fun learning it. I feel like I got up to speed very quickly and I very much enjoyed driving the Baku City Circuit. At some times we looked promising – we were in and around the top 10 – but at the end of the day we were towards the rear end of the field. We have some time to find, which means we’ll be working hard tonight to extract the extra tenths out of the car that we need to hopefully make it a few places up the grid.”

Charles Leclerc: “It was an ok day overall. We had two quite positive sessions. Our race pace looks good, and we still have a bit of work to do in preparation for tomorrow’s qualifying. It is generally an interesting track in terms of tyre management. Given the possibility of a change in weather for the next two days it may become even more interesting. I look forward to being back in the car.”

Marcus Ericsson: “It was not the best Friday for me. FP1 was good, but then in FP2 we had to cut the session short due to a problem we had on the car. Unfortunately, I was only able to complete a few laps during my first run. It is a bit disappointing because it looks like there is good potential there for us. On the positive side, we were in the mix with the midfield during FP1. We should be able to bounce back tomorrow and have a stronger day.”