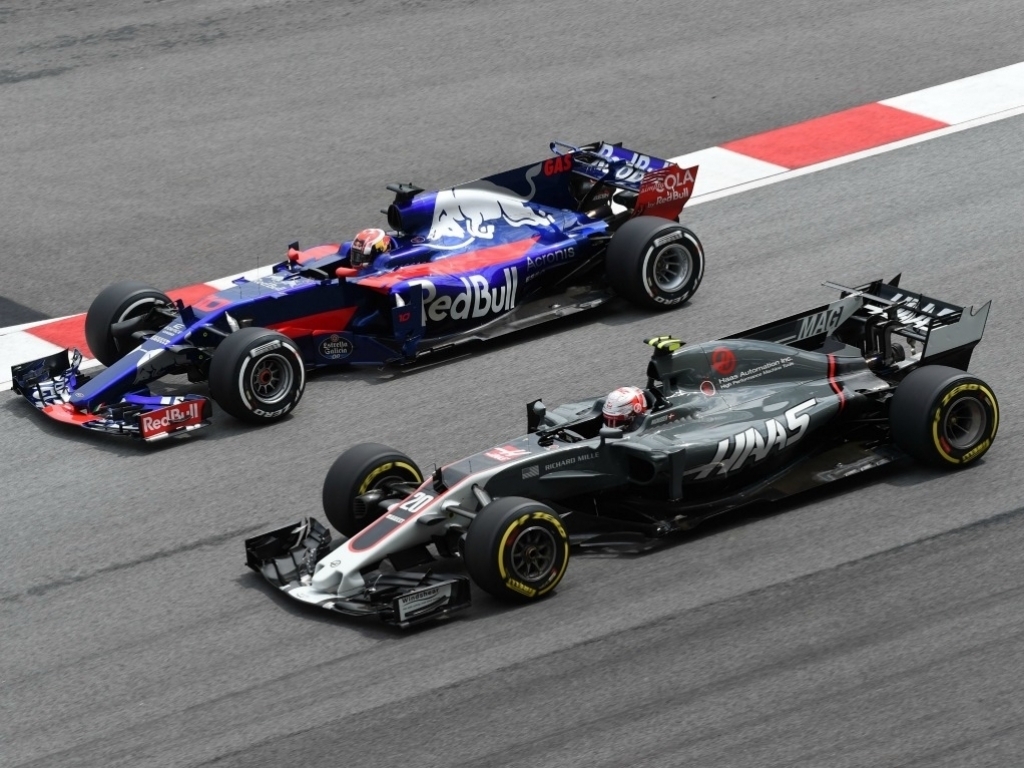 Pierre Gasly got the better of team-mate Carlos Sainz in his first Formula 1 appearance; both Williams cars outside the top 10 on Friday.

Felipe Massa: “It wasn’t a great session this morning in the wet because of a hydraulic issue with the car. And then this afternoon we didn’t get a lot of track time either because I did two runs, but as I was starting my long run the session was red flagged. I’m glad that Grosjean wasn’t harmed in the incident; I was right behind him so saw it happen. It’s difficult to say where we are at the moment because we lost a lot of laps today. There are so many teams fighting within a small window so we’ll have to see how we go tomorrow.”

Lance Stroll:  “The track has a great flow to it. I really enjoy driving here and the car feels like it comes alive under you. It was a lot of fun to drive in both the wet and dry. It was a good day and I felt pretty good in the wet this morning, but it is not perfect yet. The strong point from today was in the wet it was pretty promising, but the weak point was I locked up in the last corner on my best lap in FP2, which was looking like a good lap. What happens tomorrow will depend on the weather.”

Pierre Gasly: “Today felt fantastic! My first day as a Formula 1 driver, first Free Practices… It’s been a very special day! This morning when I drove out of the garage for the first time was a very emotional moment. I was super happy but at the same time I was focusing on the work with the team, trying to be as competitive and professional as possible from the very start. I think it’s been a positive first day. In this morning’s session we had tricky conditions but I managed to do quite well in the wet. In this afternoon’s FP2, I kept learning and getting used to the car and all the procedures – I have to say that I feel more and more comfortable, lap after lap. Of course, I still need time to get even more confident, but we are progressing well and going step by step. We will now work hard tonight and focus on tomorrow… I can’t wait to get back in the car again!”

Carlos Sainz: “The weekend hasn’t really started like we would’ve liked it to… Obviously, sitting out in FP1 and missing out on some wet running this morning is not ideal, as the race on Sunday could very probably be a wet one. In this afternoon’s FP2, we had problems with the drivetrain, which affected the drivability and the top speed, so we couldn’t make the most out of the second session either. We therefore have a lot of work to do tomorrow to recover the track time lost today, but I’m confident we can catch up.”

Romain Grosjean: “I think we’ve learned quite a lot today. It was wet in the morning and dry in the afternoon, so we had both running. I think the competitiveness on soft tyres was really good. We suffered a little bit on supersofts, but we’re going to work around that. Unfortunately, we didn’t get much long running due to the drain coming out and the crash. That ended our day. I think there are some positives. We’ve made some changes on the car that worked pretty well. I’m feeling sorry for the boys, as they’ve got to work hard to repair the car, but I know they will do it and in a good way. We’ll try to find some key element on the setup to make us go fast tomorrow. I think the boys can do it. I’m looking forward to enjoying some more laps around Sepang.”

Kevin Magnussen: “It’s not ideal that everyone else has done a session in the wet now. If it rains, I’ll be behind, clearly, but I’ll get around it somehow. The car handles alright in the wet. The wets and the inters are different to the previous generation of tyres. We’re still learning a lot but, generally, the feeling is OK. We were looking OK on the softs. I was feeling good with the car. Then we put the supersofts on and we lost some performance, especially on the front. We’ll work on that for tomorrow and, hopefully, find a solution.”

Pascal Wehrlein: “Today was not ideal. I had issues with the brakes in FP1, which were solved during the session. It was, however, interesting to drive on the wet track – that always adds a bit of excitement. FP2 was somewhat better, but there is still a gap to our direct competition. We are working on improving for the rest of the weekend.”

Marcus Ericsson: “In the afternoon I had to catch up on what I missed during FP1. I did manage to put a good number of laps together during FP2, however, we did not get the tyres to work properly. We have to analyse our data tonight and try to make improvements for tomorrow.”