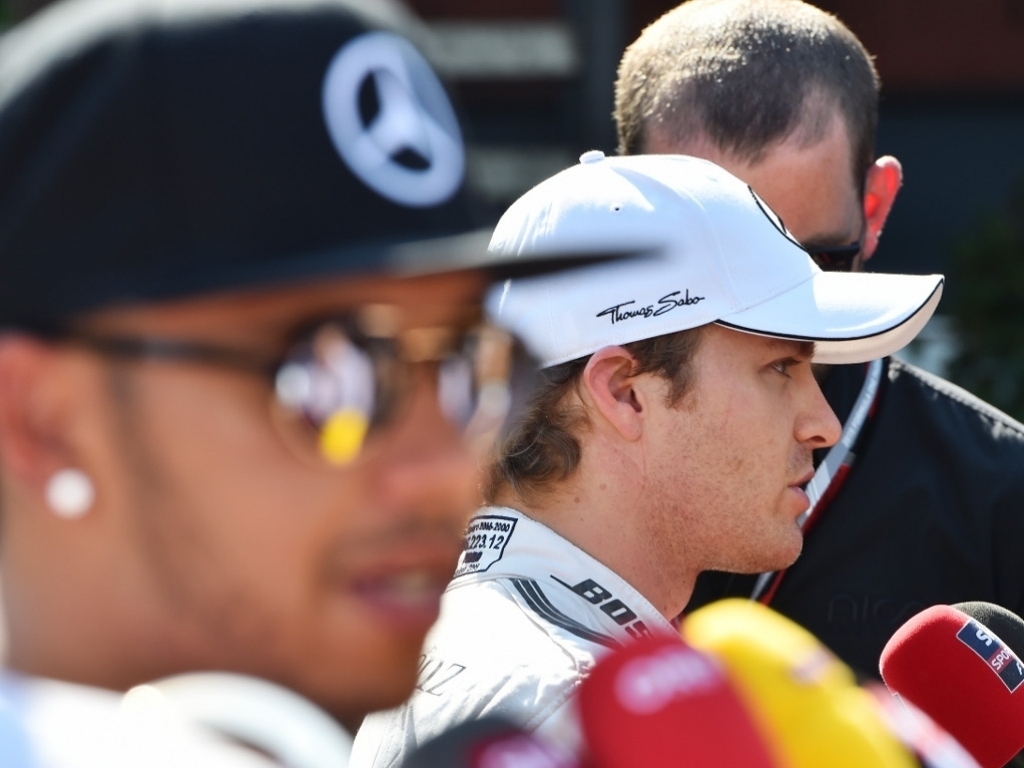 Lewis Hamilton is determined to attack in the final three races, starting in Mexico, now that he has "nothing to prove" while Nico Rosberg wants to finish the season on a high.

The 2015 Drivers' and Constructors' Championships have already been decided with Hamilton winning the former on the back of his victory at the United States GP last time out while Mercedes clinched the team title in Russia.

Hamilton matched the likes of Ayrton Senna and Niki Lauda with three Championships, but he admits it hasn't quite sunk in yet.

"The race was so, so crazy and it wasn’t until a few moments after I crossed the line that I realised that I’d done it!" he said. "To be honest, it still hasn’t quite settled in.

"To match Ayrton in winning three titles was always a big ambition of mine and it just doesn’t feel real. I can’t express how grateful I am to everyone who made it possible – from my family to the team at the track and everyone back at the factories. I couldn’t have done this without each and every one of them."

There is no time for a big party though as it's back-to-back races with the Mexican GP making a return this weekend.

Having already won 10 grands prix this year, he is hoping to add another one to his list.

"I can attack the final three races now with nothing to prove and nothing to lose, so the aim is absolutely to put my name down as the first Mexican Grand Prix winner of the modern era," he said.

"After the Ushanka style hats we had on the podium in Russia and the Stetsons in America, I’m definitely hoping for a massive sombrero if I make it onto the podium!"

Meanwhile, his team-mate Rosberg is determined to bounce back following his disappointment at the Circuit of the Americas.

Rosberg took pole position but he was beaten into Turn 1 by Hamilton and then made a mistake later in the race and eventually finished second, which handed the Briton the title.

"The championship fight is over for me this year but I have three races left to make a big push, end this tough season on a high and make up for the disappointment of the past few races," he said.

"My first chance is in Mexico and I'm sure everyone is really looking forward to the weekend. I love discovering new places and this one will definitely be a really interesting venue."