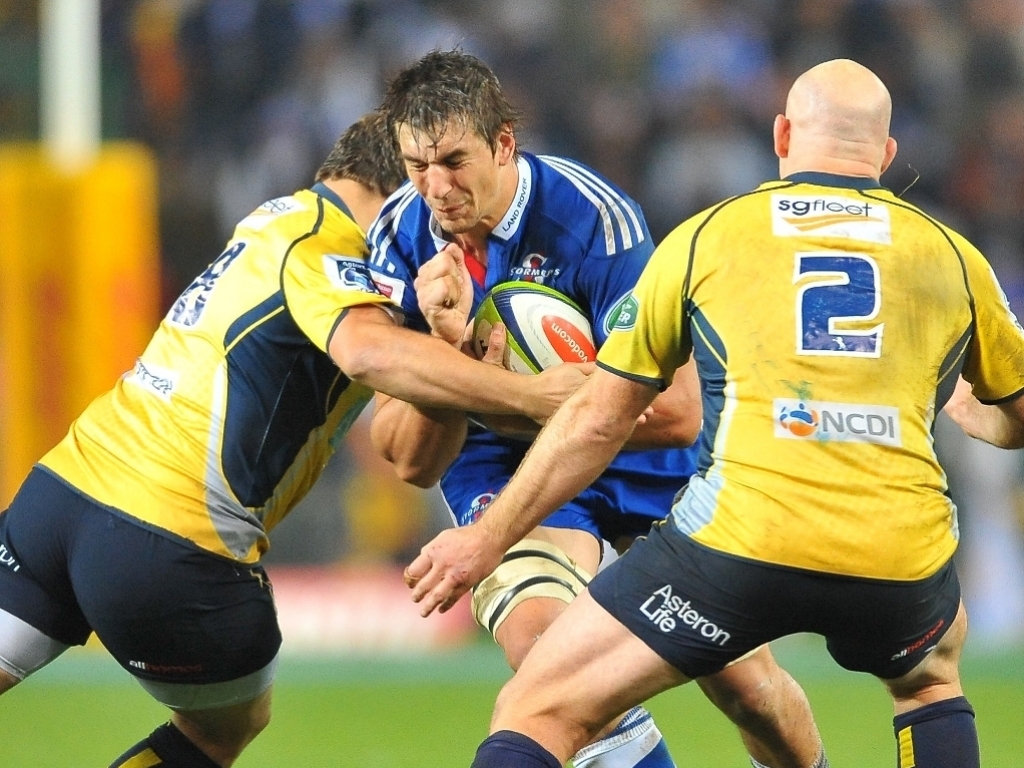 The Brumbies will look to continue their unbeaten run when they travel to Cape Town to  take on the Stormers on Saturday.

What happens when the unstoppable force meets the immovable object? We will find out when the high-scoring men from Canberra take on the best defence in the competition.

The three tries the Stormers have conceded this season – including Saturday's controversial penalty try against the Sharks – is the fewest of any team in the competition. This is a direct result of their 91 percent tackle success rate.

In the meantime, the Brumbies have been crossing the whitewash at regular intervals and notched up 15 tries in their three matches, tied at the top of that statistic with the Chiefs.

Stephen Larkham seems to have been building a juggernaut of sorts in Canberra and he and his charges will be eager to test their mettle against prime opposition away from home.

On the flip side, Robbie Fleck's men will be eager to make amends for the 20-point drubbing they received at Newlands in June last year at the hands of the Brumbies during the knockout stages. This brings us to….

The last time the teams met: Having been dominant for most of the season and finishing third on the table to secure a home quarter-final in 2015, much was expected of the Stormers. But the visitors were on fire, with winger Joe Tomane scoring a hat-trick inside 25 minutes to end the Stormers hopes of a semi-final berth.

Players to watch: Aside from the huge physical presence of Springbok Eben Etzebeth, his line-outs skills have come to the fore in 2016 as he tops the stats with six steals. What Cheslin Kolbe lacks in size he makes up for in heart, as the little full-back has been the magic man for the Stormers with three try assists and 219 metres run.

Captain Stephen Moore has been immense upfront for the Brumbies, with two tries coming from his 20 carries this year. Christian Lealiifano's metronome boot has  kicked 16 from 18 attempts at goal so far this season. The pivot – who is the top points scorer in the competition – is also a threat with ball in hand, so his opposite number Kurt Coleman will have to guard his channel carefully.

Team news: The home side welcome scrum-half Nic Groom and winger Kobus van Wyk to the starting lineup. Groom is replacing the injured Jarno Vermaak, while Louis Schreauder comes in as cover on the bench. Left winger Leolin Zas – who has impressed with two tries from his three starts – makes way for van Wyk.  Meanwhile, the Brumbies remain unchanged from the side that put 31 points on the Force in Perth last week.

Form: The Stormers will be eager to return to the kind of form that saw them earn comfortable wins over the Bulls and Cheetahs in the opening rounds. They came unstuck against a powerful Sharks outfit last week, but can be encouraged by the way they dominated territory and possession in the early stages. Meanwhile, the Brumbies have been in red hot form, with a combined 31 linebreaks helping them to three comfortable wins against 2015 semi-finalists Hurricanes and Waratahs, before an easy win against the Force last week.

Prediction: The Brumbies have looked simply awesome in 2016 and the home side – who are no doubt hurting from that bruising Sharks encounter – will have to play their best game of the year to sneak a win here. We expect a close game, with the Brumbies coming out on top by six.