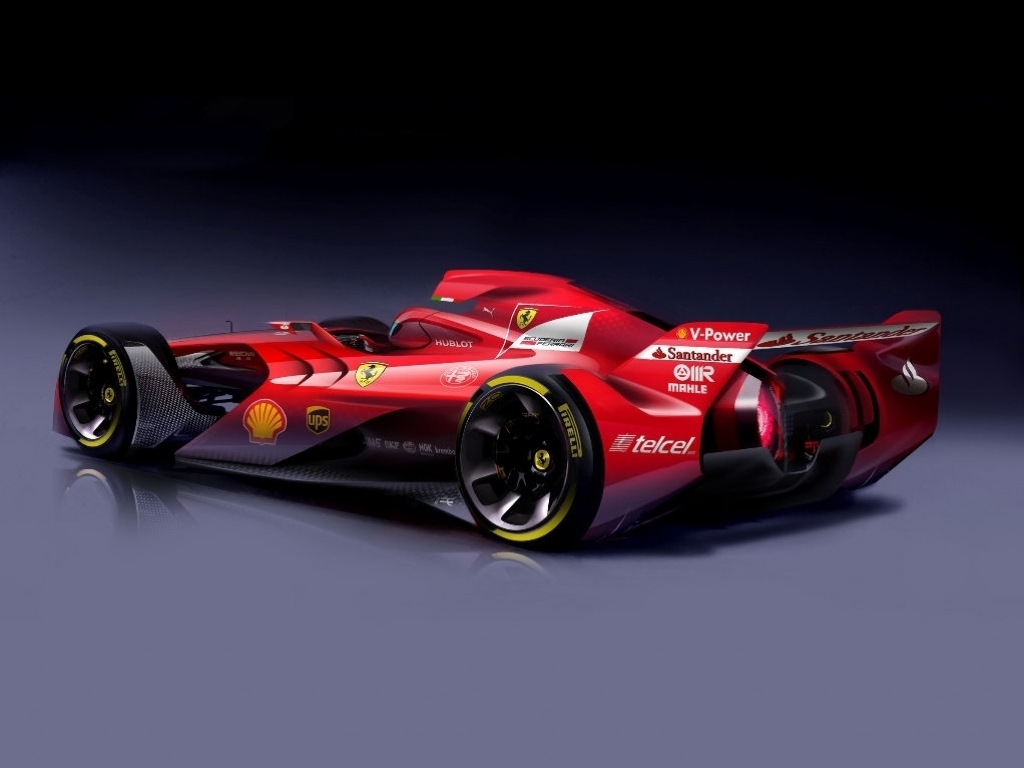 F1's strategy group met last Thursday to discuss the future direction of the sport. Now whilst we were given some indication of the direction the sport is heading, some of the suggestions were both bold and ambiguous.

The most regular complaints I see from fans when browsing the web are "damn those tyres are like putty", "these cars are too slow", "that's one ugly car" and "where has the noise gone? Can't we just have V10's back?"

It seems from the strategy group meeting they've been paying attention to some of this criticism with promises of lighter, faster, louder and better looking cars for 2017. I can't help feeling like they're promises of a false deity desperate to hold onto their followers though. There is no clarity about how or when research has been conducted and whether they will actually improve things. That's because there hasn't been any, they are simply a mixture of concepts that may or may not improve the racing and for me that is where the problem lies. The members of the Strategy Group (teams, FIA and FOM) have their own agenda's, making the decision process more of a compromise than actual proof of concept. Extensive work went into the 2009 regulations in order to reduce the wake impact of following another car, yes there has been compromises along the way as teams have developed on the concept, yet it seems that original foundation is about to be filled in to suit the egos of those who now make decisions about the sports future.

The FIA have been trying to reduce downforce in order to curtail speeds for years, as they strive to increase safety. In order that they achieve their objective of cars that are 5-6 seconds a lap quicker they'll be required to relinquish this stranglehold. In particular I expect to see the diffuser increased from the paltry 125mm height we currently have to at least 175mm, even if that height doesn't extend to the full 1000mm width, which will undoubtedly increase the wake generated by the car.

The introduction of wider tyres (likely increasing from 325mm to 450mm at the rear of the car, (a move that has been supported by current tyre supplier Pirelli) will also require a change in design philosophy with tyres having significant aerodynamic implications. This will have some effect in terms of mechanical grip but not as vast as some might suspect, with aero now so dominant it would be difficult to design tyres that can yield the same results at the late 70's/ early 80's without real world testing, an impossibility in the current situation.

I'm left confused by the statement of reducing car weight, which can only really be achieved through a reduction in fuel weight, which isn't currently included in the minimum weight of 702kg's anyway. Having already stated a wish to increase tyre size will be met with a small rise in weight owing to the additional material too.

Returning to the days of refueling would need to be managed carefully as the fans want to see drivers trading places on the track rather than during pit stops, which as we know can lead to great strategic battles on the pit wall and back at the factory but can be complex for many to understand. There is also the question of returning to something that the sport moved away from as it was costing too much and had a questionable safety record.

Those that have a hankering for loud noises ought to go in search of a series like Superleague Formula, as frankly even with changes to the powerunits fuel flow limits their audible note is always going to be suppressed. That is the nature of building an engine/powerunit around a formula that promotes efficiency, after all noise is just a waste of energy. Even taking into account refueling it seems the 100kg fuel limit per race will be retained, although the fuel flow formula will be changed in order to attain more revs, power and noise. "Surely that means raising fuel flow above 100kg/h?" I hear you say. Well no actually it doesn't, although it wouldn't hurt. The problem with achieving the current maximum 15,000rpm is the formula at 10,500rpm, meaning producing additional power past 12-12,500rpm is futile. The ERS wasn't mentioned in improving overall power and should be recognized as a way of continuing to improve the overall power output. Currently drivers can deploy a maximum 120kw/roughly 160bhp from the MGU-K, 4mj's of which can be levied from the energy store (ES) and the rest topped up directly from the MGU-H throughout the lap, providing a constant level of assistance to the ICE for the entire lap, based on the drivers throttle input. The ES can currently store 4mj's of energy per lap but I'd hope that could also be increased perhaps to around 6-8mj's, with max MGU-K output increased to 150kws/roughly 200bhp or more.

More aggressive looks? How does that work? Looks are subjective to the individual, making it impossible to please everyone. The increased width at the rear will go some way toward an aggressive design but it'll take much more to please those who dislike the current aesthetic.  We must also remember that any attempt to employ aero components around the car gives the designers more scope than can ever really be envisioned. Furthermore, more aero will likely lead to more wake, making overtaking even more difficult again. DRS is often derided by fans as the following driver is almost guaranteed a pass on their opponent, it is however a means to an end. Following a car is both destructive to aero but also to tyres, increasing the challenge faced by the driver if following for too long. For me the strategy element that once existed in DRS has been neutered, as the early days of its existence saw the activation zone size changed throughout a weekend, whilst its use in qualifying was free too. The latter sometimes saw drivers on the limit, as they struggled to stabilise the car on turn in, something we should welcome rather than suppress.

The TWG/FIA may well have been onto something in 2009 with their adjustable front wing, which allowed the driver to increase the front wings angle of attack throughout a lap, changing how it handled the wake of the car it followed. We'll never know though, as the wake generated by the double deck diffusers pioneered that season made it defunct, so much so that it was abandoned for 2010. Moveable aero may be disliked by the purists but we don't live in a perfect world, designers are always looking to increase downforce, which in-turn usually increases wake.  In the face of some of the suggestions that have been put forward by the Strategy Group moveable aero is the only real answer in terms of retaining some semblance of overtaking.

From both a technical perspective and as a fan I find myself constantly defending the current regulations, after all I think some people have short memories. I for one cannot stomach going back to a time when we were lucky to see an overtake outside of the pitlane in a race. These changes may well be able to create fast race cars but what they may not create is wheel to wheel action. If they want to make these changes, tangible evidence should be provided from research and simulation that they will improve things. However, it seems that the answer for those at the top of the sport is to ignore the recipe, cram as many ill-advised ingredients into the bowl as they can and hope it doesn’t create an inedible mess.