Home Uncategorized Prost hits out at FIA over Bianchi crash 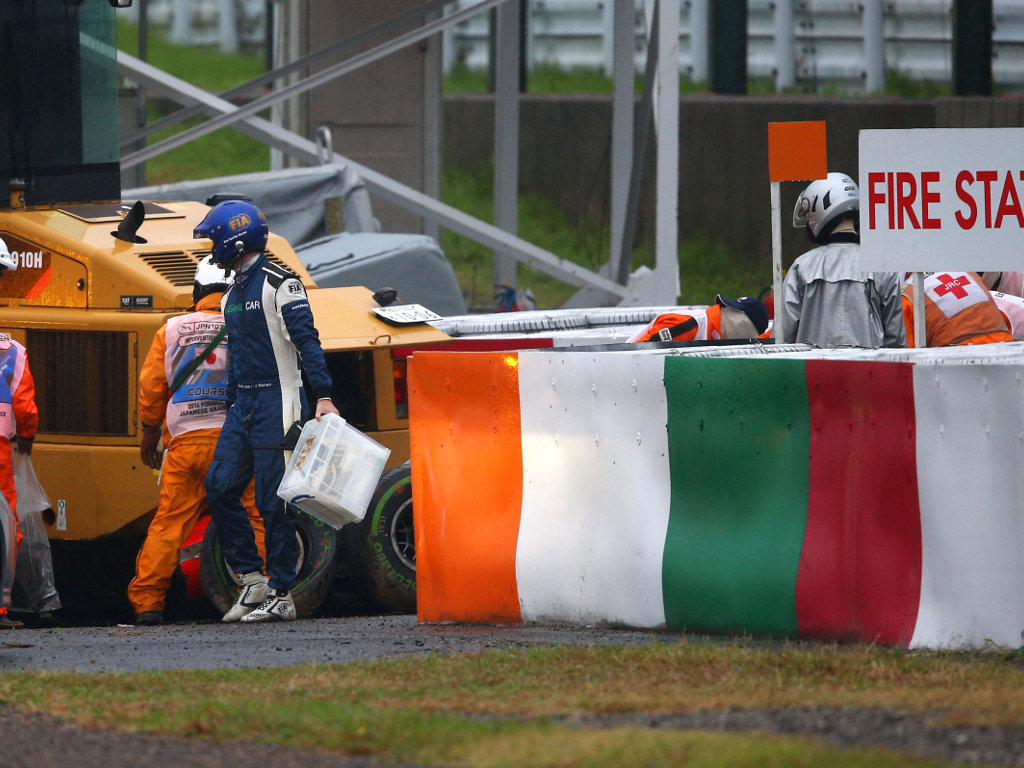 Former World Champion Alain Prost says he was “furious” that a “f*****g truck” was left on the track at Suzuka in the lead up to Jules Bianchi’s accident.

Marussia driver Bianchi remains in a critical but stable condition in a Japanese hospital after he suffered severe head trauma when he crashed into a recovery vehicle that was busy removing the Sauber of Adrian Sutil.

Despite the poor, wet conditions and the stricken car on the side of the road, race control didn’t initially deploy a Safety Car and Prost felt that was wrong.

“I don’t want to make any polemics with the FIA, because I have a lot of respect for what has been done in terms of safety over the past 20 years,” he told Autosport.

“It is cars and tracks [that have been improved] and there was only one thing left: it was this f**king truck on the track.”

He added: “I was furious. I was really shocked by the accident.

“You have the procedure, but the weather conditions were getting worse and worse with more and more water, so visibility was very bad.

“So you cannot have the same decision according to the procedure if the weather was good or bad. That is why I say I am not convinced.

“In this condition, especially with all the experience they have in terms of safety, they should have zero risk.”

The Japanese Grand Prix started under a Safety Car due as it was raining pretty hard and the race was red-flagged after a few laps before it was re-started when conditions eased up. Prost, though, felt race control didn’t adapt according to the situation.

“It was safe in the beginning when it started with the Safety Car, because it was a difficult decision to stop the race after three/four laps and start again,” he said.

“That is why I was shocked, because you take the right decision at one stage.

“It is huge bad luck, but you should not judge the cause of the accident, you should judge the consequence. You don’t want to have that.

“If it was my son, I wouldn’t want this type of accident with a truck on an F1 track. That is what I cannot accept.”