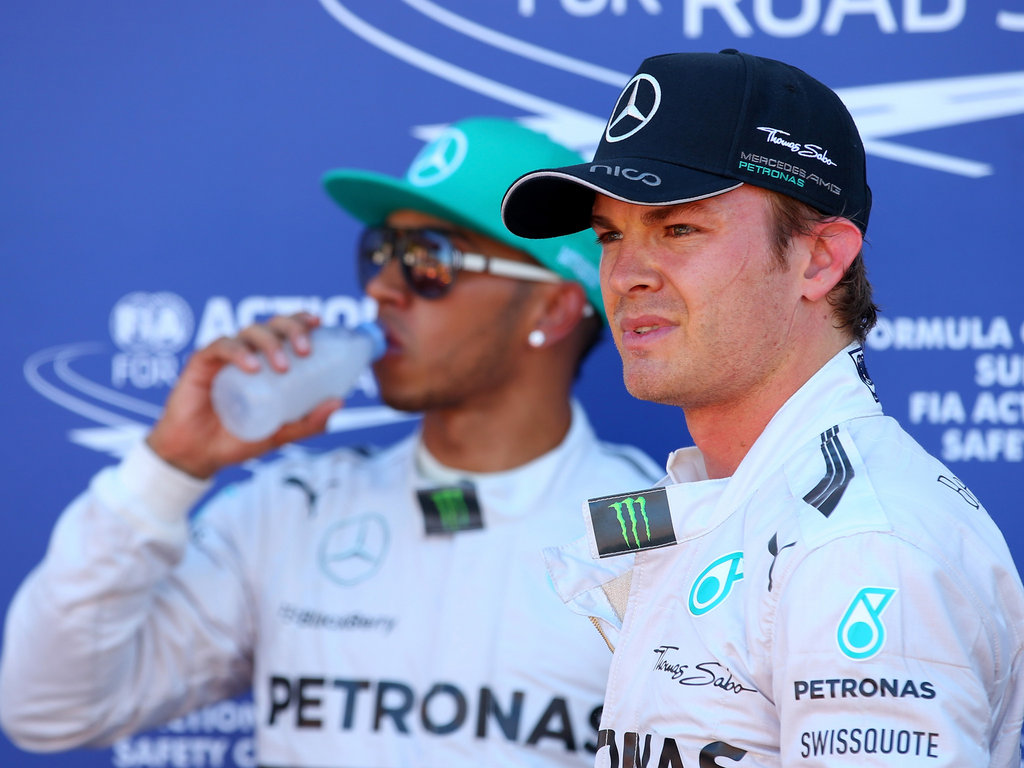 Alain Prost admits he was surprised by the way Mercedes handled the Spa fallout and also warned the team not to “overreact” to these situations.

Mercedes have been making headlines for the all the wrong reasons in recent months and most of their problems started at the Hungarian GP when Lewis Hamilton refused to slow down to allow Nico Rosberg to overtake him, telling the team he would only let his team-mate pass him if he was close enough.

Then a few weeks later the tension was close to boiling over when Rosberg collided with Hamilton while he was trying to overtake the Brit. While the German went on to finish on the podium, Hamilton was forced to retire. Rosberg was eventually disciplined for the incident and both ended up apologising.

Mercedes motorsport boss Toto Wolff has also admitted in recent days that his two drivers are like “enemies competing for the World title”.

Former World Champion Prost, who works as an ambassador for engine manufacturer Renault, believes the powers that be at the Brackley-based squad haven’t handled the problems well.

“I don’t think the team has done 100 percent right,” he told Autosport.

“Spa is a good example of what can happen, and I know the situation very well.

“The consequence was very bad – they lost a race that they should not lose, and for Lewis it was very bad.

“That’s the consequence. But the fact is almost nothing – it’s just a misjudgment.

“You cannot do that on purpose because you know there is a much better chance to break your front wing and not cause a puncture.

“That is stupid what I read, ‘he has done it on purpose’ – it’s really absolutely impossible.

“But then they [the team] overreact and everybody overreact. That is the risk of this kind of situation.

“Very often it is not coming from the drivers themselves, but from outside, and I was very surprised that [Mercedes motorsport boss] Toto [Wolff] and Niki [Lauda] – they almost attacked Nico.

“That could destabilise the situation.

“Until now they have done no mistakes in my opinion. Now it’s going to be much more difficult.”