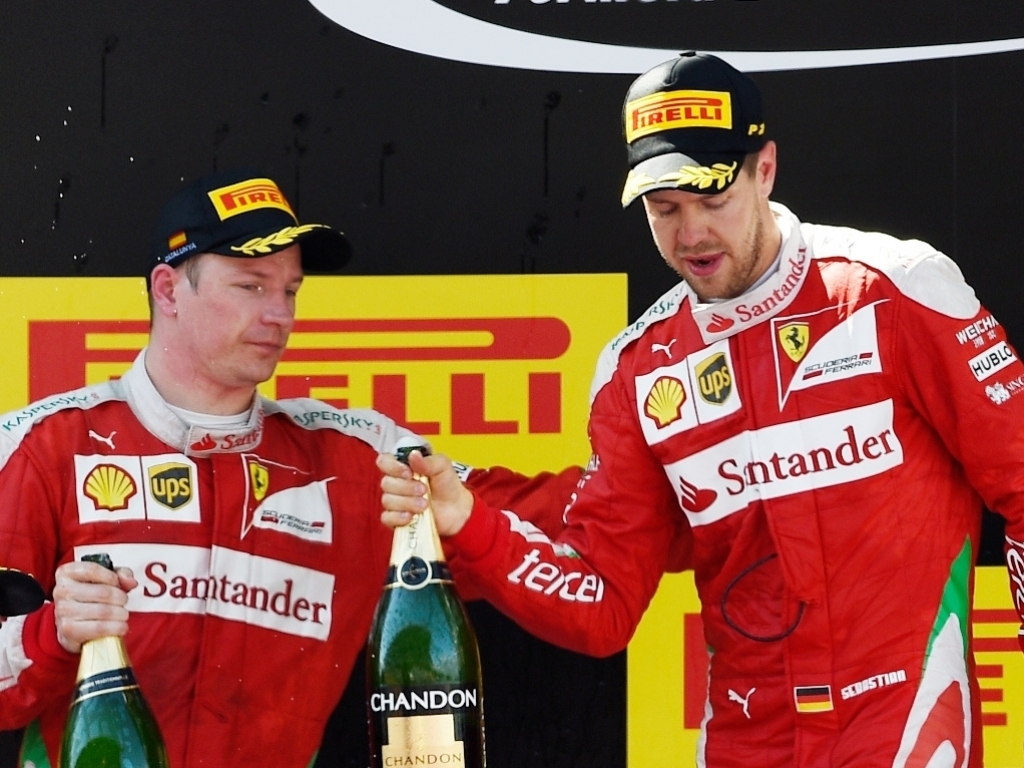 The 2007 World Champion is out of contract with Ferrari at the end of the season.

Raikkonen is hoping to extend his stay with the Italian outfit but faces stiff competition for his place with the likes of Sergio Perez and Valtteri Bottas both knocking.

And although Prost concedes there are some negatives to re-signing the Finn, he reckons the driver’s “very good relationship” with Vettel is a positive for Ferrari.

“Everyone can see the positives and negatives,” Prost told Autosport.

“The positive sign for him to stay is a very good relationship with Vettel.

“You have a number one, number two – not on paper, but in fact.

“So for the ambiance it’s not bad.

“I don’t blame them and I don’t criticise.

“For sure they will make the right decision.”

Ferrari have already made it clear that whether Raikkonen stays and not will depend on his results.

The Finn Is Currently Fourth in the Drivers’ Championship with 81 points, 15 behind his teammate Vettel.

Speaking in Baku, Ferrari president Sergio Marchionne told Sky F1: “I would love to keep Kimi and Kimi knows fully well that the decision, which has not been made, will be made on his performance.”