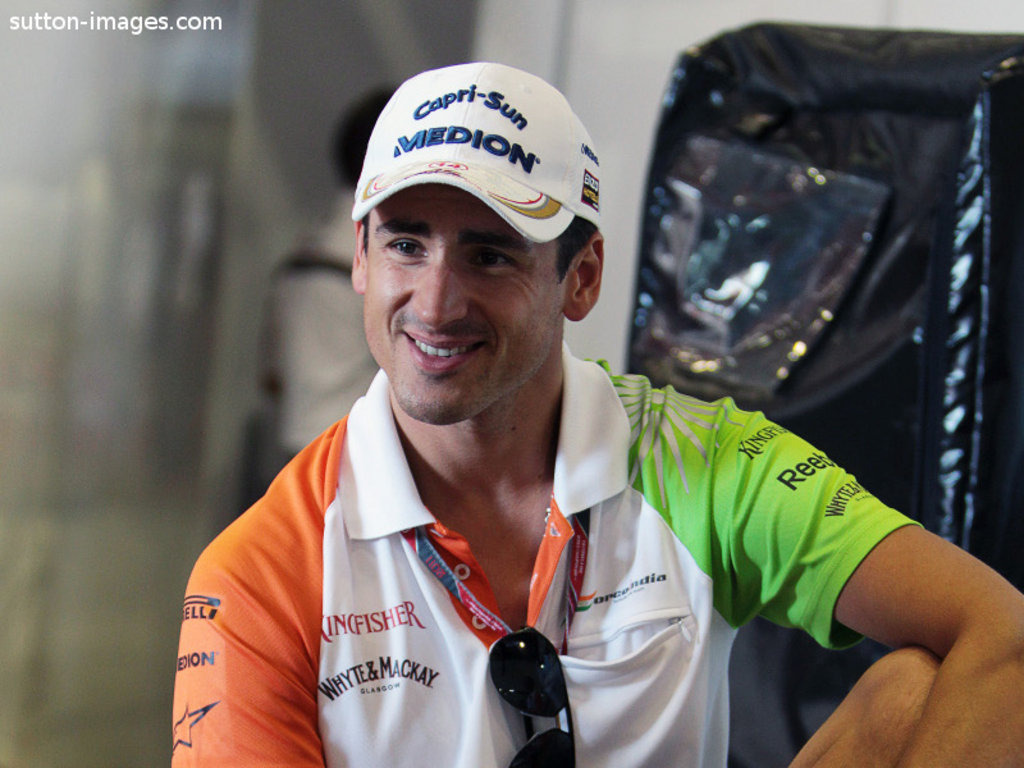 Having bounced back from a DNF in Canada to finish ninth in Valencia, Adrian Sutil is understandably feeling upbeat…

Having bounced back from a DNF in Canada to finish ninth in Valencia, Adrian Sutil is understandably feeling upbeat.

Q: How satisfying is it to finish ninth on a day when 24 cars finish?
AS: “Very, I think it was about pure performance with this ninth position. It was out strongest weekend, I think. It was not the strategy which meant we were in the points, it was just the speed, so I’m really happy about that. It was a good weekend throughout, good qualifying, a good race, just a shame I couldn’t get the eighth position in the end. I was fighting very hard, there was just not enough to get by.”

Q: Did you pass Nick Heidfeld at the start?
AS: “Yes, I got him out of the first corner, and then I was ninth. I put pressure on Michael for a few laps, and then he was getting faster. We gained the position anyway when he lost his front wing.”

Q: When did you realise that you were fighting for position with Jaime Alguersuari?
AS: “I realised after my stop, because suddenly I was ninth, and I thought, ‘OK, there’s something wrong, for sure there’s someone on a two-stop!’ And it was him. I had the feeling that two stops were possible before the race, but it was on the edge. Probably his advantage was the new tyres that he had, so that’s why it worked out well.”

Q: When did you end up behind him?
AS: “The last 10 laps I would say. I was getting closer. We were both on primes, and he lost his tyre performance a little bit in the end, I had better tyres, but there was just not enough to pass. I think the DRS zone didn’t work very well. The first activation point was far too late, and the second was not necessary, because there’s a third gear corner where you can’t be close at all, and we lose so much in the exit that you are never close enough to pass. I would need the whole first straight with DRS, but the activation was working 400m after the exit of the previous corner.”

Q: Are you hoping that the exhaust rule clarification for Silverstone will help you to close the gap to those ahead?
AS: “I think we didn’t lose too much with the qualifying map rule in Valencia, probably Renault lost out a little bit more. This was the first time that we could beat both of them, so it’s looking good. But Silverstone is going to be a difficult weekend for everyone, completely without blowing, with the high-speed corners. It might cause a lot of problems.”

Q: Are you looking forward to Silverstone?
AS: “It’s a great track. What used to be the first sector, before they moved the pits, is amazing. It’s a historical circuit and I like it, and it’s a local Grand Prix for the team. It will be a busy weekend of course!”