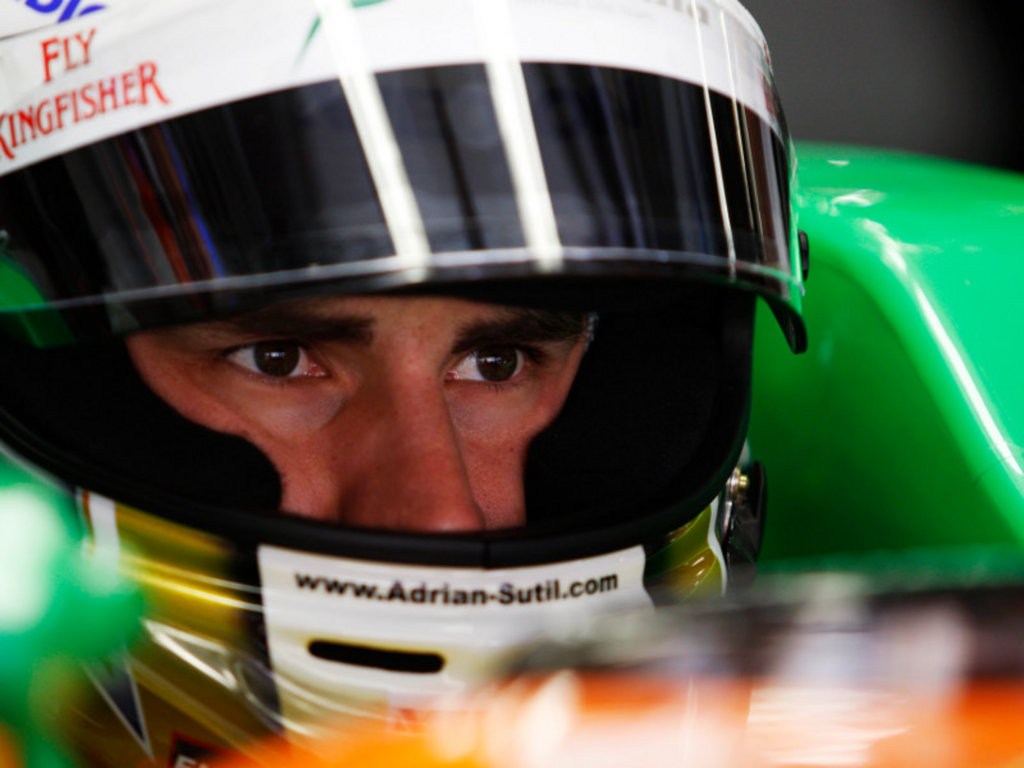 Force India’s Adrian Sutil looks back on his race in Turkey and talks about the team’s prospects for Barcelona.

Q. How would you sum up the Istanbul weekend?
AS: “We tried a new front wing on Friday that we will hopefully introduce in Barcelona, and we got some important data. But we put the car back to normal for Saturday, because it was still a better solution for Istanbul. In the end we knew that it was going to be another difficult one to score points in. Qualifying went well, and 12th position was not too bad. Before the race we knew we had to hope for a lucky race – maybe some retirements in front of us, and then we could score points. In the race there were no problems or mistakes from the team or myself, and we did the optimum strategy, but the pace was not there. That’s why I actually lost one place and finished 13th after [Kamui] Kobayashi came all the way from the back!”

Q. Would you have been better off with four stops instead of three?
AS: “I don’t think so. I think the strategy was the right one. Paul [di Resta] was actually trying a four-stop before he retired, and he would have been behind me by 10-15 seconds out of the pit. Maybe he would have gained a little bit back in the end, but I’m pretty sure my strategy was the right one.”

Q. We saw a lot of passing moves with the DRS. Did you have some fun with it?
AS: “I had a lot of fights, and that’s why I enjoyed my day! With both Sauber drivers I had a lot of fights. I was also chasing Rubens [Barrichello], and I passed Michael [Schumacher] once. There were always some cars in front and behind, so you had to really attack and defend quite a lot. It was a good race, I really enjoyed it.”

Q. Are you pleased with reliability so far this season?
AS: “Absolutely, I’ve finished all the races. But now we need more points.”

Q. There will be some major changes to the car in the coming races. Are you confident that the team can make a step forward with the car?
AS: “For Barcelona I’m quite confident. It looks promising. It will be a big step if it works, and that’s what we need right now.”

Q. Are you starting to learn about the Pirelli tyres?
AS: “There are always some lessons, some learning curves that you go into. Turkey was again something different, with people doing four stops. The soft tyre was the tyre to be on; the hard didn’t really work for us. It was a bit slower on lap time and the drop-off was quite big, with a lot of understeer that made the car undriveable through turn eight. It all makes it very interesting, of course, and freshens up the races.”

Q. We’re off to Barcelona next. Is it a track that you enjoy?
AS: “It’s a nice circuit, but I’ve driven there so many times, it gets a little bit boring! But still Spain is not too far away from my home in Switzerland so it’s nice not to have too far to travel for once. Barcelona is a great city and I enjoy it. But as always the faster the car is, the more you enjoy the weekend. In the end it doesn’t matter where you are.”